South Carolina Highway Patrol Trooper David Jones spoke to an auditorium of Chapin High students Thursday. Chapin’s prom is Saturday, and Jones stressed the consequences that could come along with students getting behind the wheel after drinking.

“Although they may make the poor decision to consume alcohol, we don’t want them to make the second poor decision to drive,” he said. “So, it’s important for us to share our message and talk about what we see as troopers.”

Jones said being candid and just speaking from the heart often allows students to ask questions and be more receptive of his message. “We speak with them, not to them – and we tend to have a positive impact,” he said. His overall message, according to Jones, was to stress that whether students go out on prom night, or even later in college, to be responsible. He told students the worst sight he’s ever witnessed on the job, is having to tell a parent their child was involved in a fatal accident.

Once the assembly was over, students went outside to observe a strong visual that accompanied Jones’s message. Schroeder’s Towing dropped off a heavily-damaged vehicle that had been in a collision. The vehicle will remain on school grounds for about a week, according to Jones.

“I also brought a rollover simulator that spins around and throws a dummy out,” he said.

At the end of the presentation, students lined up to sign the Prom Promise, pledging not to drink or do drugs on prom night. All students who signed the promise were also entered in a contest to win Luke Bryan concert tickets from 94.3 The Dude. 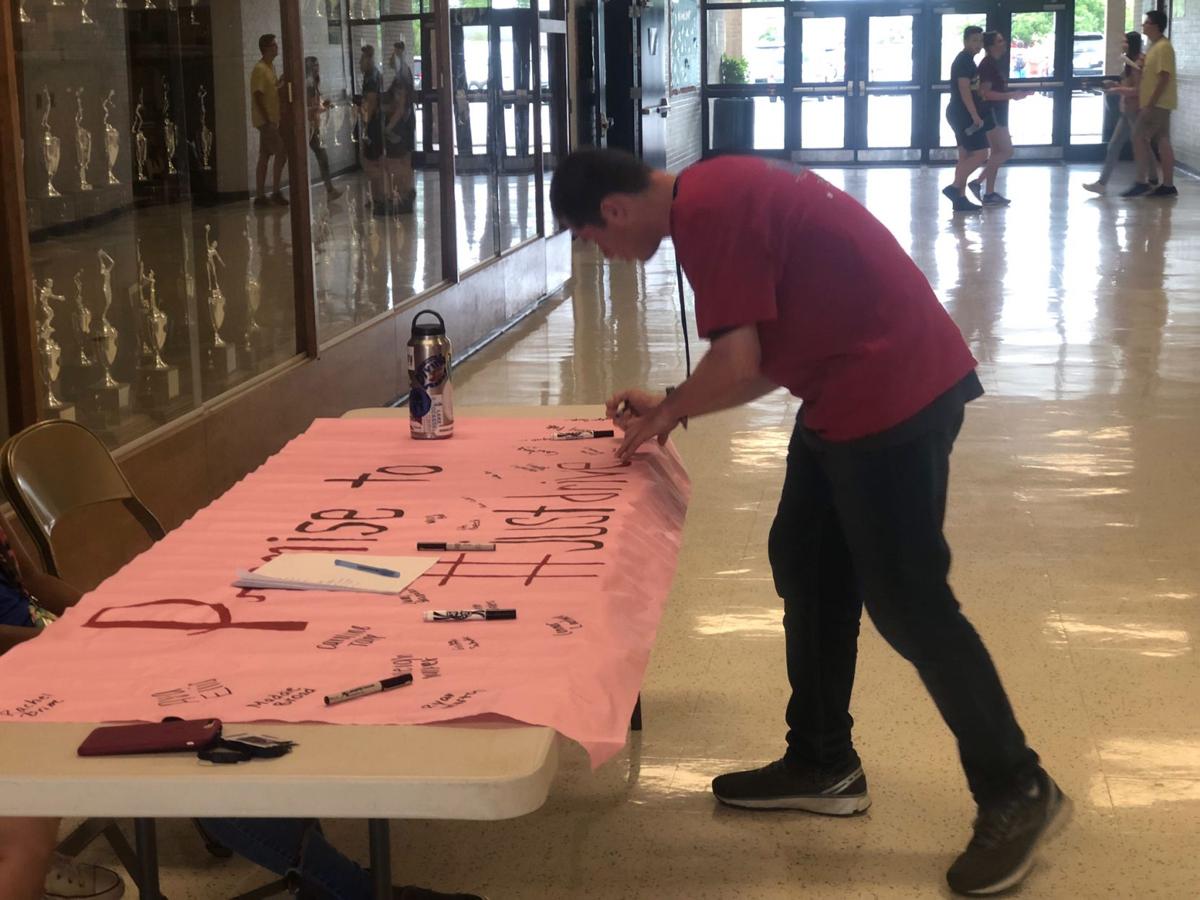 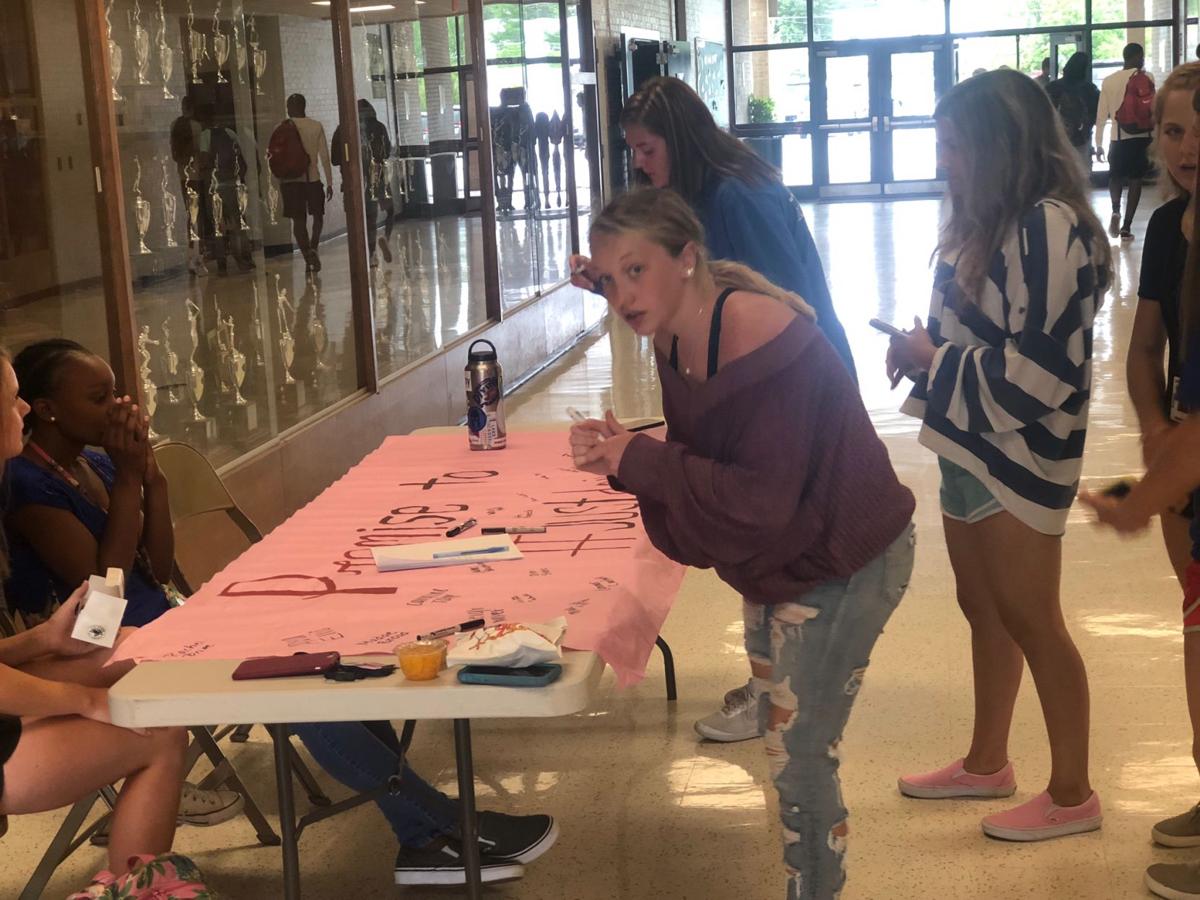 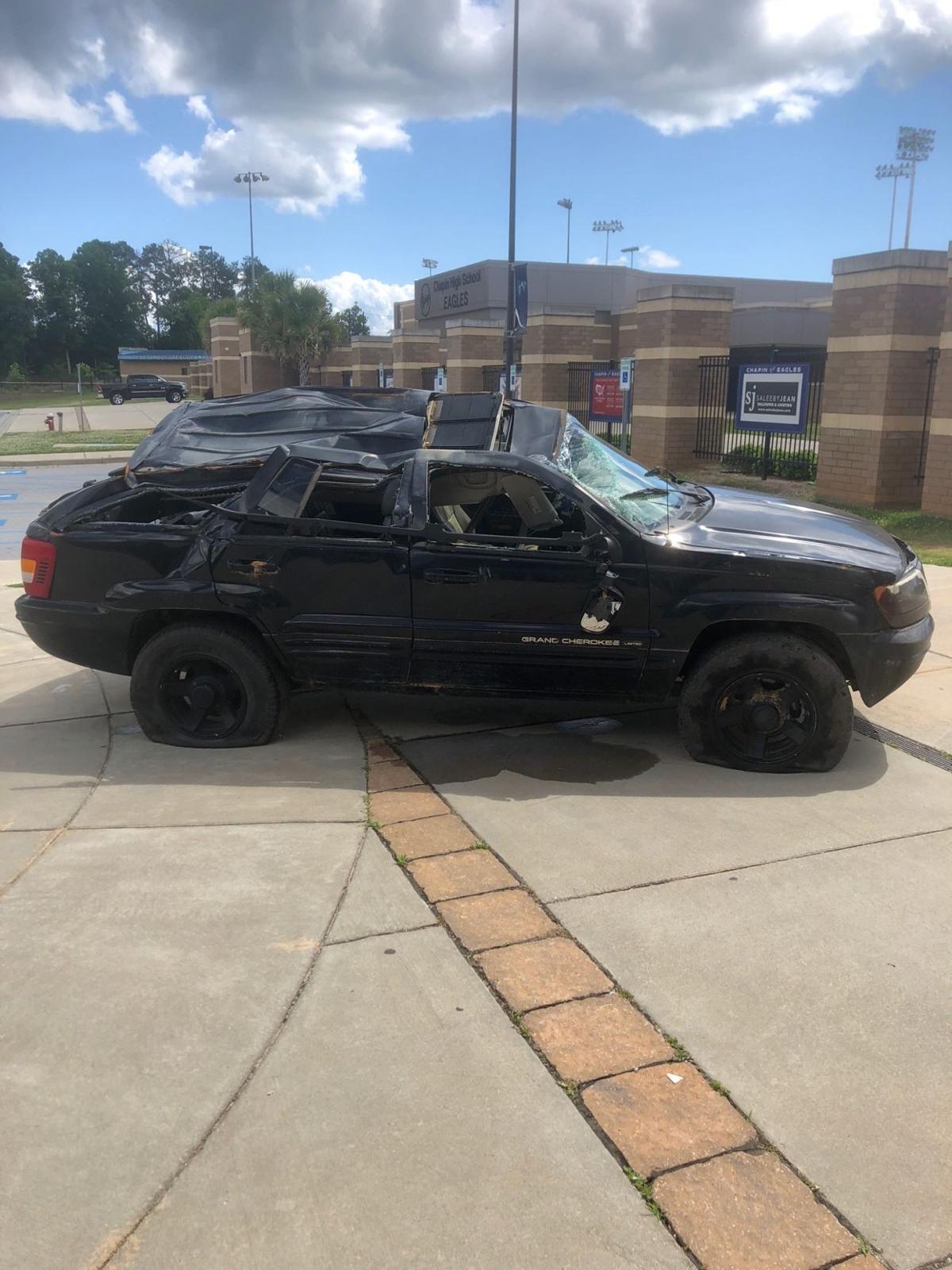 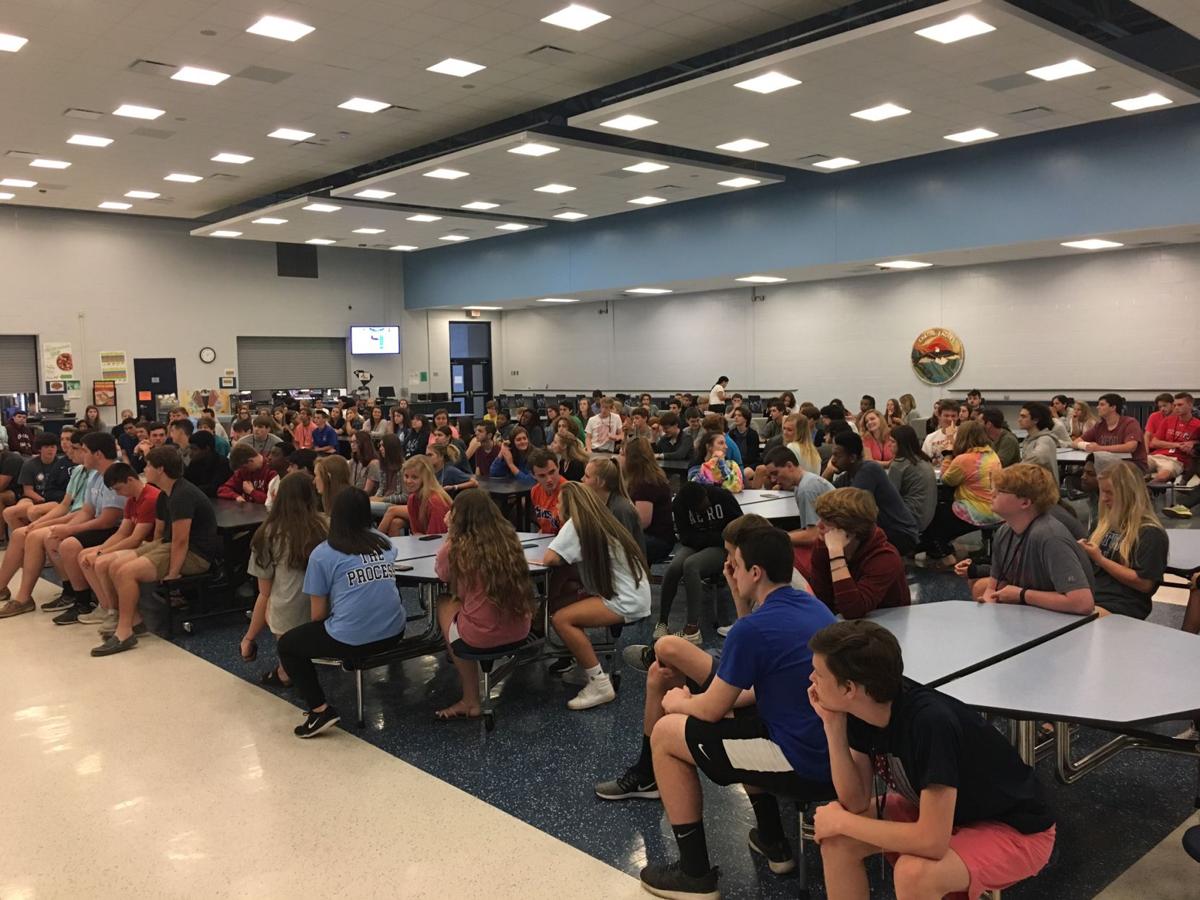