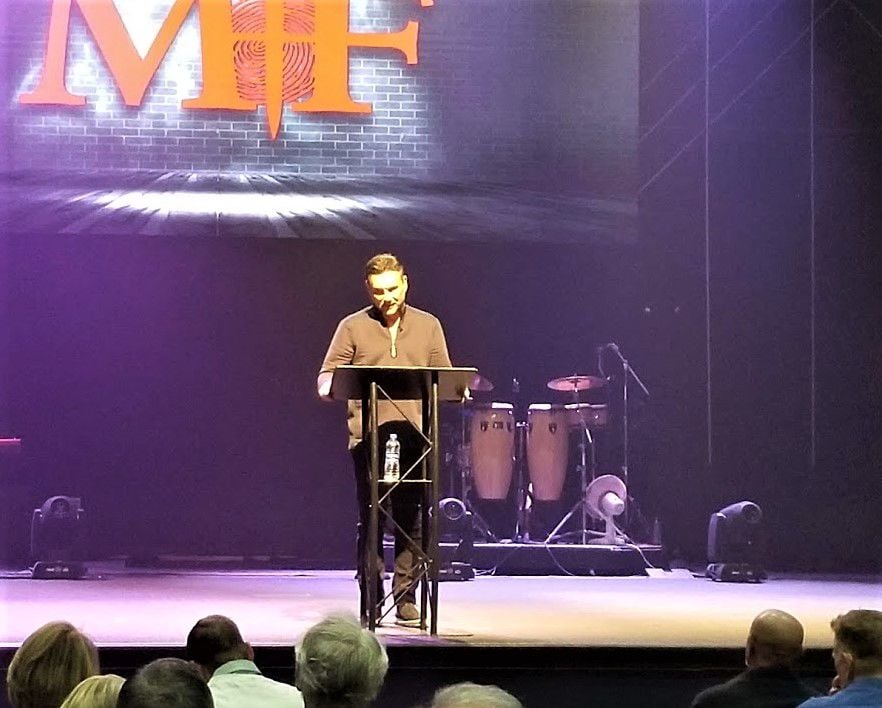 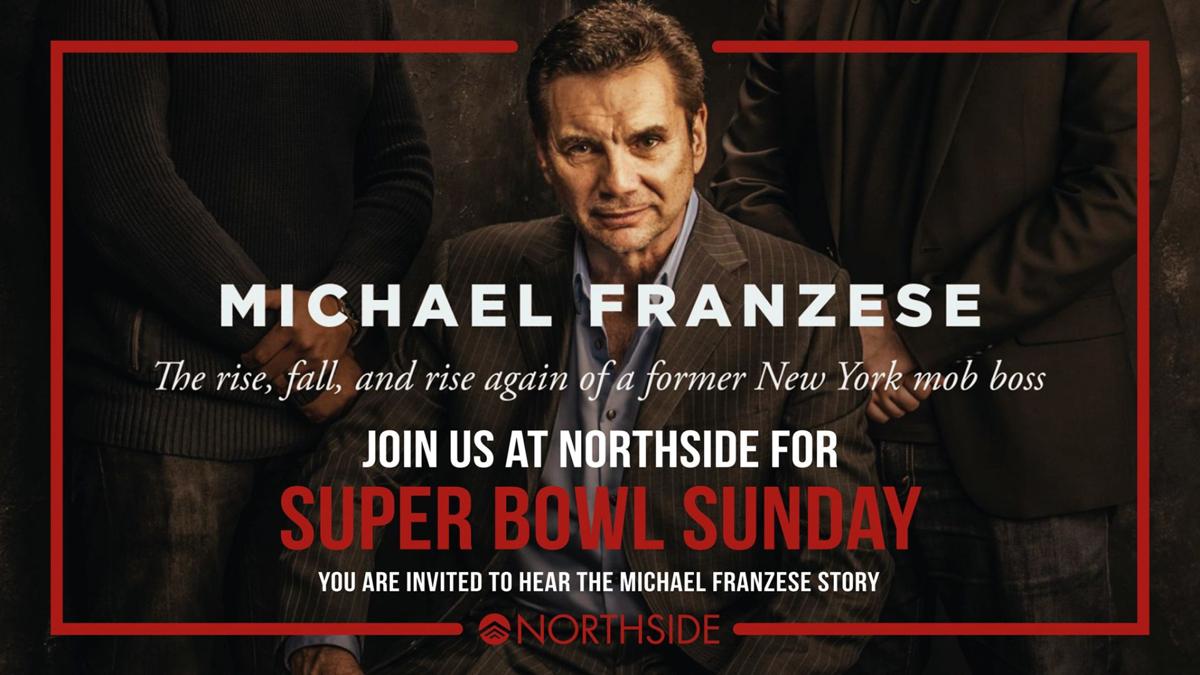 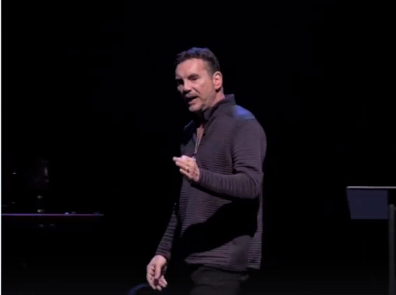 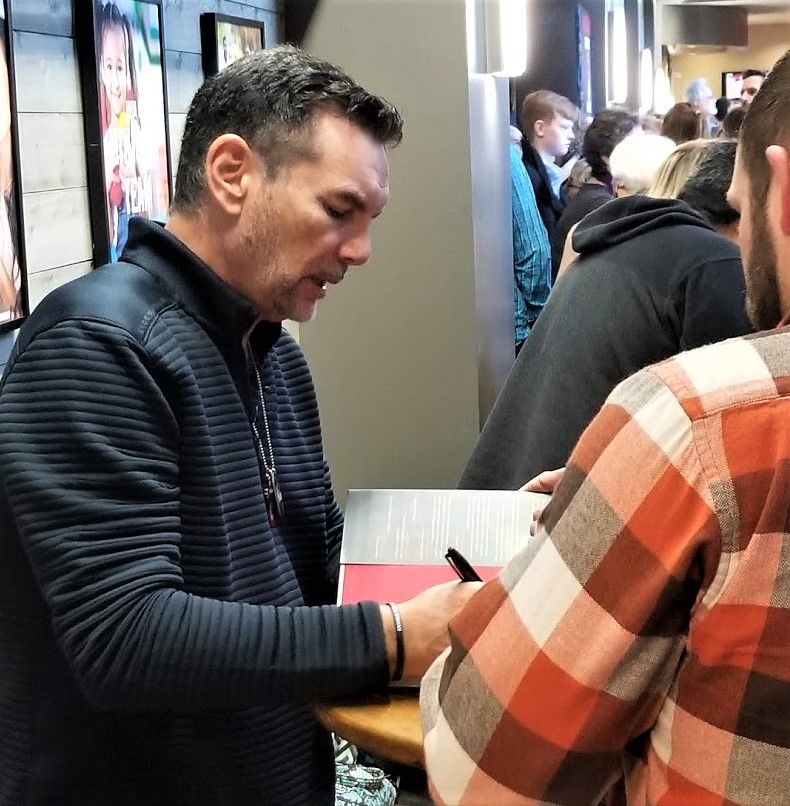 A svelte Michael Franzese would never be mistaken for Mob Boss Fat Tony Salerno, but when it comes to organized crime, Franzese was up to his neck in it.

On Sunday morning, the former “Prince of the Mafia” delivered a message of redemption and forgiveness at Northside Baptist Church. A born-again Christian, Franzese told the crowd: “Once God’s got a hold of your heart, He will never let you go.”

Franzese is a high-profile, much-interviewed (History Channel and National Geographic TV) ex-member of the New York City mob. He walked away from La Cosa Nostra and is still alive to not only talk about it, but to give his Christian testimony.

Franzese is the son of Italian-American mobster, John “Sonny” Franzese (still living at age 103.) Sonny was a longtime underboss in the Colombo crime family.

Michael Franzese arrived in Columbia Saturday, the second of three trips to South Carolina in a four-month span. He was in Charleston in November. He’ll be in Myrtle Beach March 8. Sunday he called the South “hospitable.”

Franzese was named one of the mob’s biggest money earners. At the age of 35, Fortune Magazine listed him as number 18 on its list of the “Fifty Most Wealthy and Powerful Mafia Bosses,” just behind John Gotti.  Sunday, Franseze said 48, and possibly 49 of the 50 on that list are dead. He also said he believes he is alive for the purpose to share Christ.

After high school, Franzese enrolled in pre-med courses at Hofstra University. “My father did not want (the mob) life for me,” said Franzese to a full sanctuary at Northside Baptist.

But Sonny Franzese was given a 50-year prison sentence in 1965. He was paroled, but then jailed again. While his father was in prison, Mike visited and told Sonny he wanted to join the syndicate.

“It was Halloween 1975,” that was when the Brooklyn-born Mike Franzese took a “blood oath” to the mob.

Franzese said he looked up to gangsters like Godfather Joe Colombo. As a made man, Mike was on-call, 24/7, to the mob. He said it was a violent life and he described his allegiance as being born again into the Mafia. Franzese rose to the rank of captain. And through a scheme to defraud the federal government of gas tax revenues, he made hundreds of millions. Franzese said he had a helicopter, a jet plane and several houses. “I had it going on,” he said.

Raised as a Catholic, and serving as an alter boy, Franzese said he believed in God, but had no relationship with Him. Things began to change in 1985, when he was producing a move in Miami and he met 20-year-old Camille Garcia. Her mother was a devout Christian and prayed for Franzese and so did Camille.

“God put this woman in my life.” Franzese said of Camille. She was different he said, and he fell in love with her. She brought me to the Lord.” The two have been married 35 years.But before his conversion, Franzese did eight years in prison. The mob put a contract out on him for walking away. He had a target on his back.

Fanzese said while he was locked up he was desperate and hopeless. Then a prison guard dropped a Bible into his jail cell.

“I dove into my Bible,” Franzese said. He also said he read many Christian-related books and listened to the sermons of Pastor Greg Greg Laurie.

In closing, Franzese quoted scripture that has inspired him.  “In all your ways submit to him, and he will make your paths straight – Proverbs 3 -6. and “When a man’s ways are pleasing to the Lord, even his enemies are at peace with him.” Proverbs 16:7.

After speaking Sunday, Franzese signed copies of his book: “Blood Covenant.” According the the book promoters, Franzese’s life is defined by two blood covenants. The first bound him to the mob. The second set him free.  The book explains how and why he did what no one else managed to do, and live.