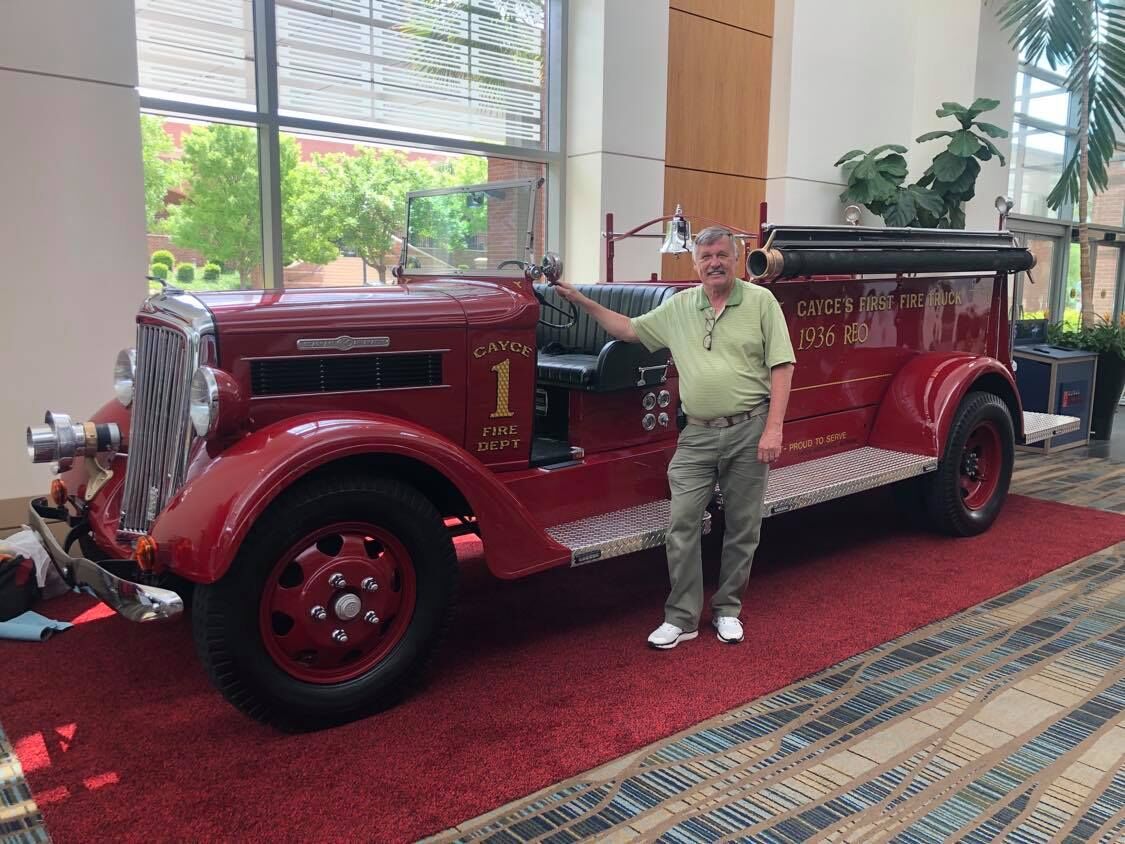 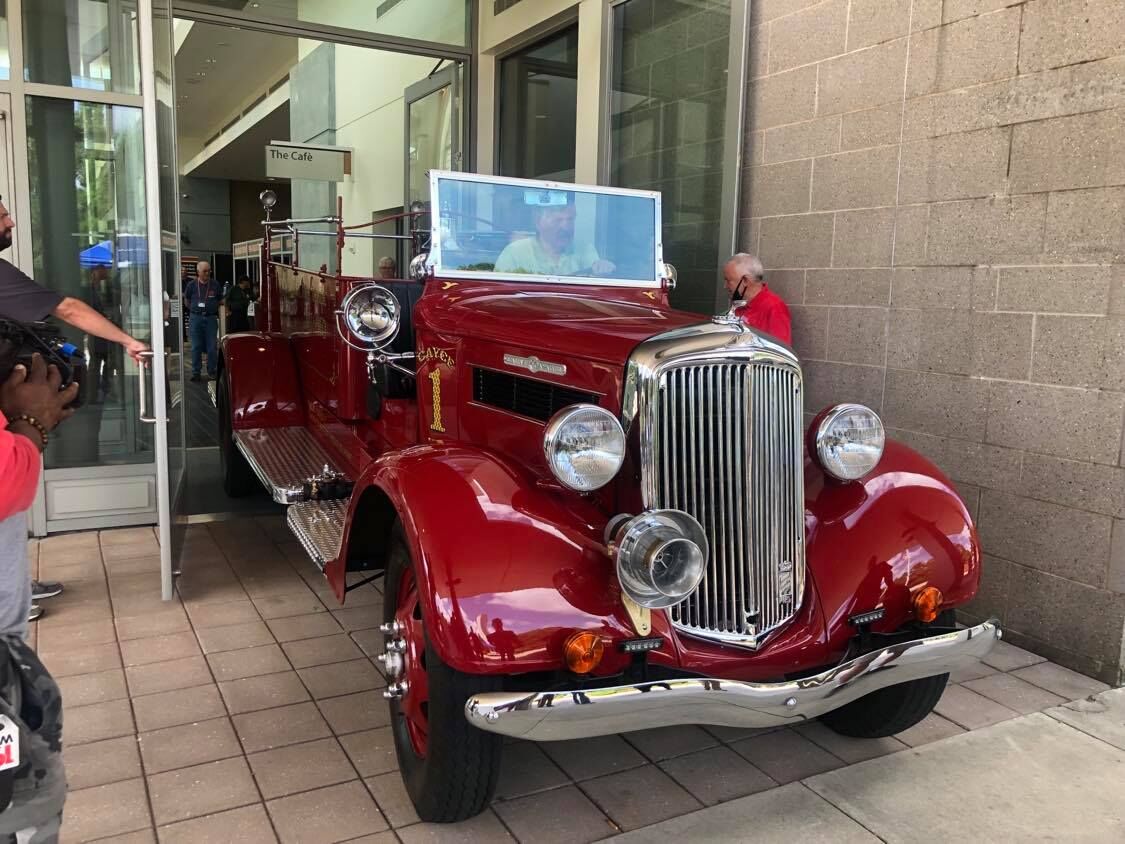 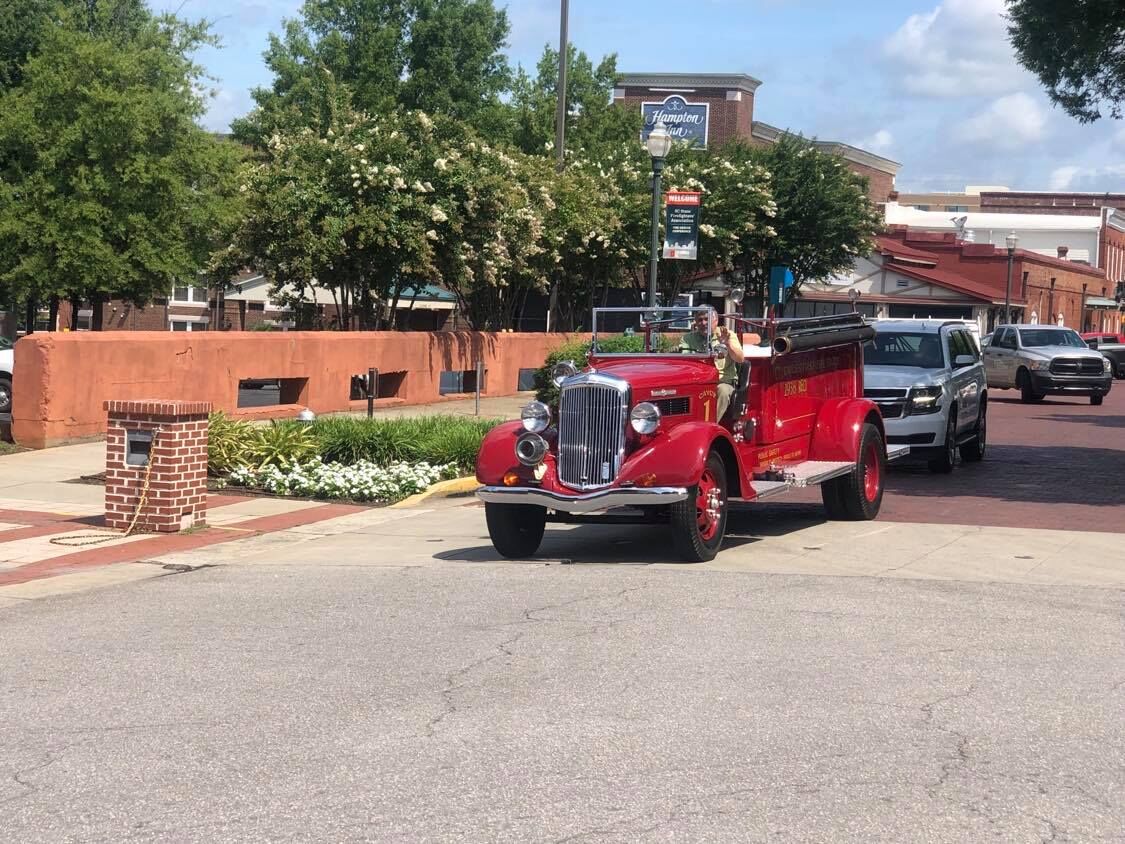 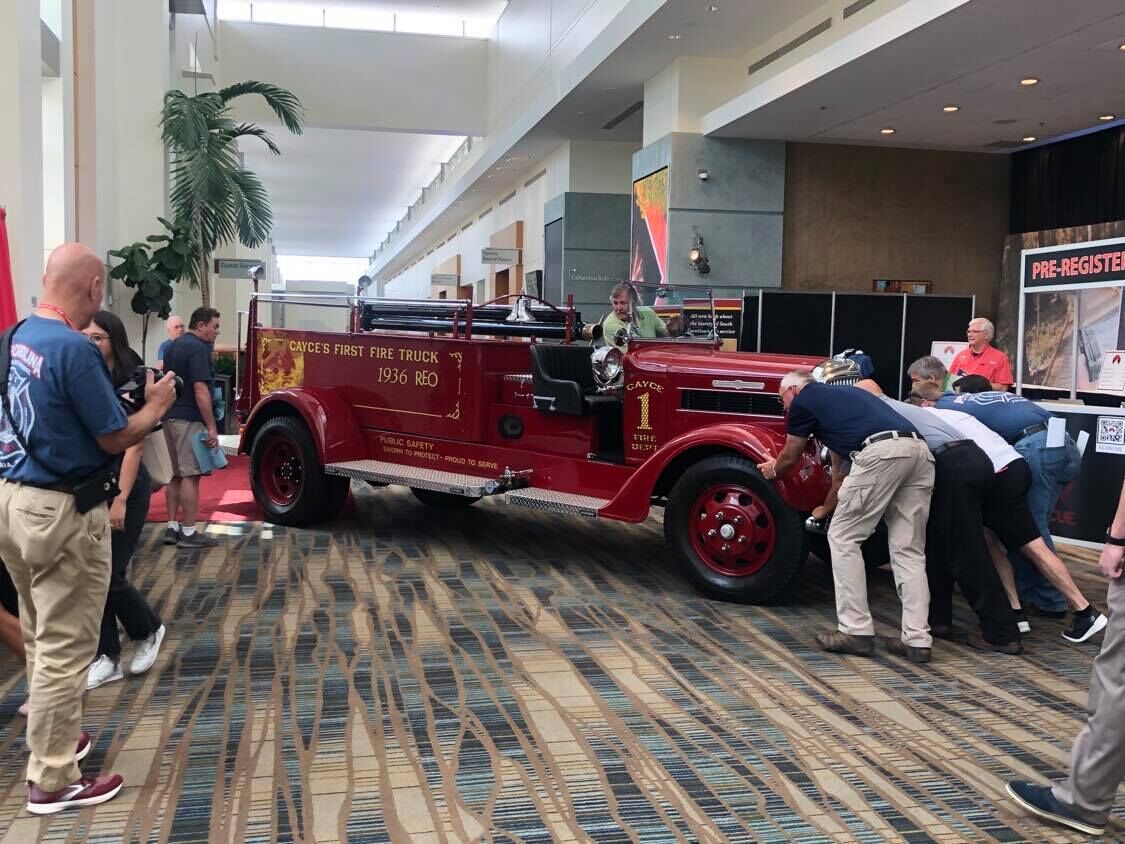 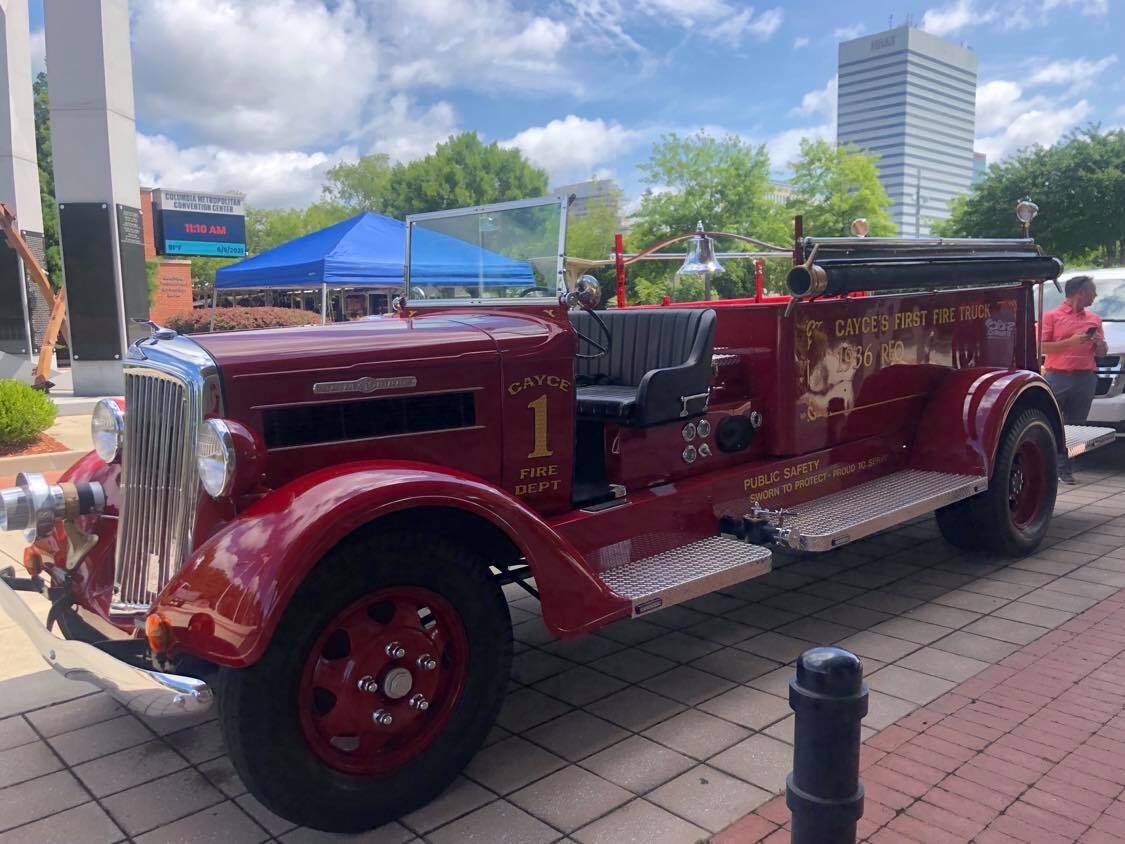 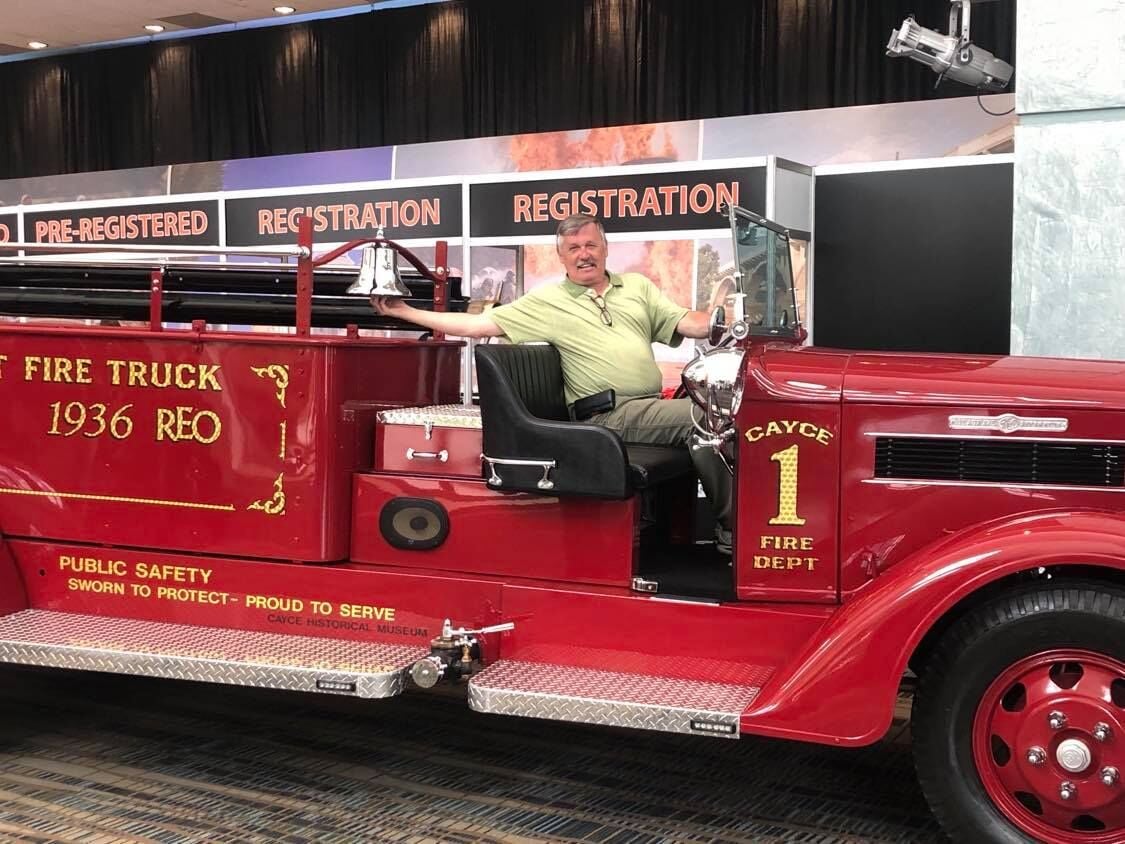 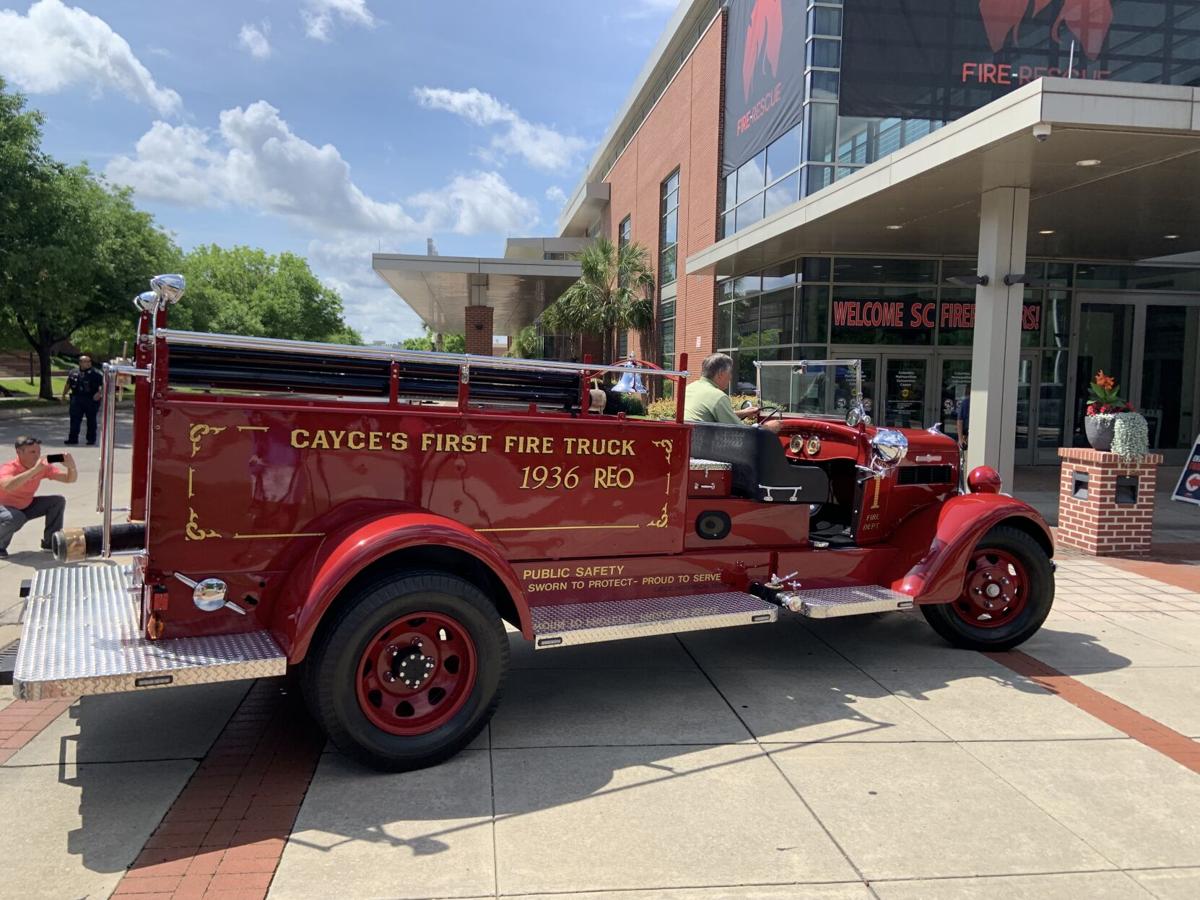 It's not every day you see a 1936 fire truck driving down the streets of Columbia's Vista, but that was the case Wednesday morning as Cayce's original fire truck made its way to the Columbia Convention Center.

Cayce Historical Museum curator Jeff Kirkland had a proud smile on his face as he backed the truck into the convention center, where it will sit throughout the week on display. Kirkland took on the project of restoring the truck himself, which he said began after it sat in a maintenance shop for 15 years.

"The time I saw it, I fell in love with it," he said. "I used to build cars when I was young. I had experience with it. I told [former museum director] Mr. Leo Redmond, I can crank that. I can get it running. Then we just kept on and on."

The restoration took about two years to complete, and was finished in 2019. Repairs included rebuilding the engine, adding parts that were missing, a new carburetor, rebuilding the brakes, sandblasting and painting the body, among other things. One of the most unique parts of the restored truck is the windshield glass, which was cut from a shower door and made to fit the dimensions.

Wednesday's drive to Columbia was the truck's first "official trip." The only other time it's been driven, according to Kirkland, was in a Cayce/West Columbia parade.

The truck will be on display as part of the SC State Firefighters Association's 116th annual Fire Rescue Conference. The full convention display is open to the public Friday from 9 a.m. to 5 p.m. and Saturday from 9 a.m. to 3 p.m. The truck can normally be seen at the Cayce Historical Museum where entry is $3 for adults and $1 for kids.