There was a full house of artists, produce vendors and food booths as West Columbia cut the ribbon on its Artisan Market, Saturday morning.

“This market is exactly what we need to help push the energy between where we’re standing and the river. This market will help drive activity to Center Street and Meeting Street,” said West Columbia Mayor Pro-Tem, Tem Miles. West Columbia City Council members including Erin Porter, Casey Hallman, Teddy Wingard, Jimmy Brooks, Mike Green, and Mickey Pringle were also on hand for the grand opening.

The Artisan Market is at the base of the West Columbia’s Interactive Art Park that opened last week. Less than a block away are several restaurants, the Brookland complex, antique shops, galleries and a florist, a spa and a styling salon. Savage Craft Ale Works, a large brewery and beer garden, is being planned for Center Street. The market will be open on Saturdays from 9 a.m. until 1 p.m.

“The opportunity for more activity is added to this area every day,” said West Columbia Mayor Bobby Horton when the Artisan Market opening was announced. “It’s exciting now, and it will be even more attractive when the Enabling Park opens near Riverwalk.”

Parks Assistant and Venue Rentals Manager Colleen Otte booked all the vendors on hand Saturday. She said the spots filled up fast for the Artisan Market.  Otte said she expects that excitement to continue for the venue at 425 Meeting Street. “There’s a lot of interest,” Otte said.

State Sen. Nikki Setzler of West Columbia, said the Artisan Market is an example of the energy being generated in the area. He also thanked the vendors, and said he said he hopes it is so successful the market expands soon.
West Columbia City Administrator Brian Carter said the market is in line with the vision of the leadership of the city, including the mayor, mayor pro-tem and city council, along with the city’s staff.

Director of Grants and Special Projects Tara Greenwood complimented The Landplan Group South and AOS Specialty Contractors for planning and building the market. 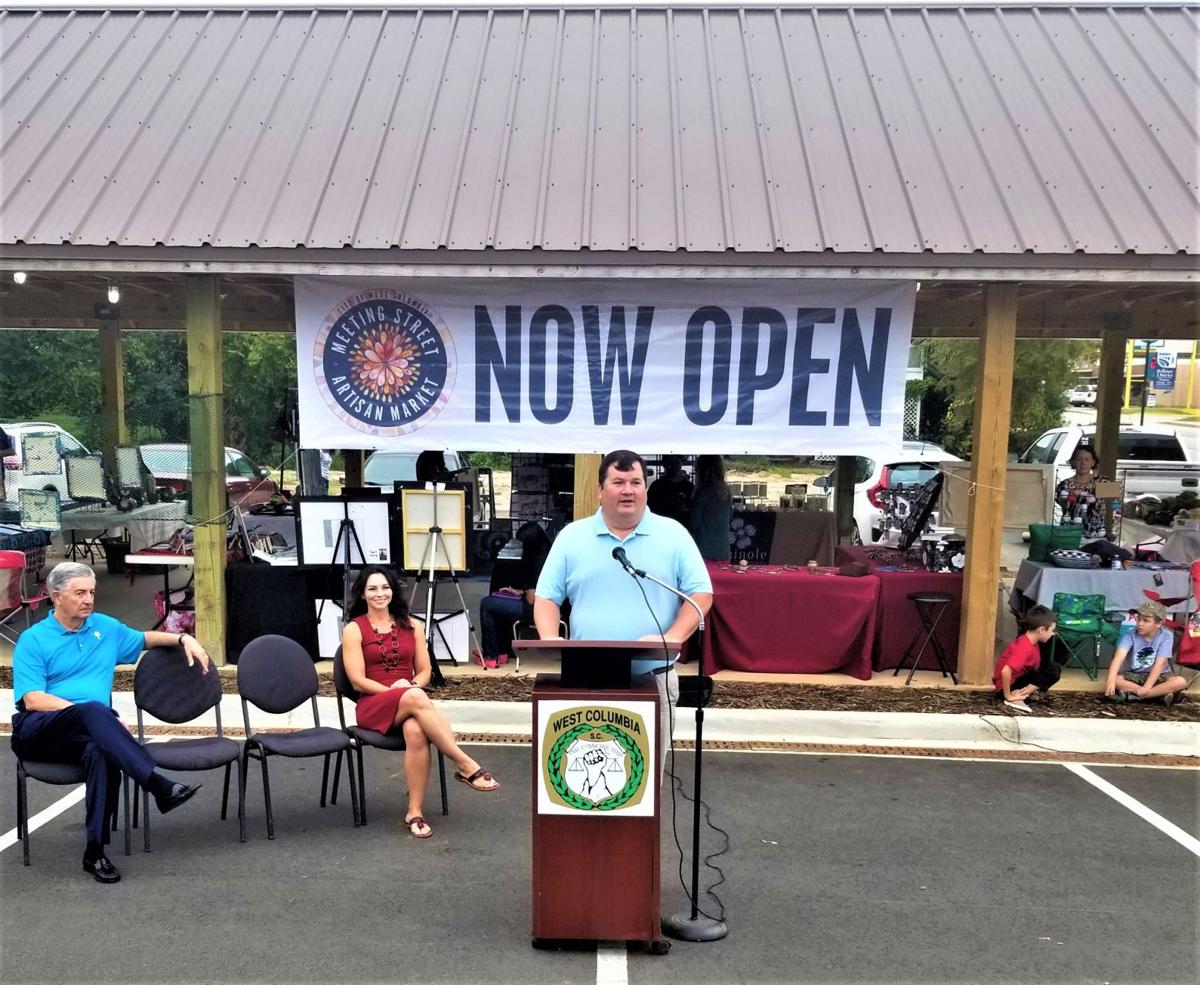 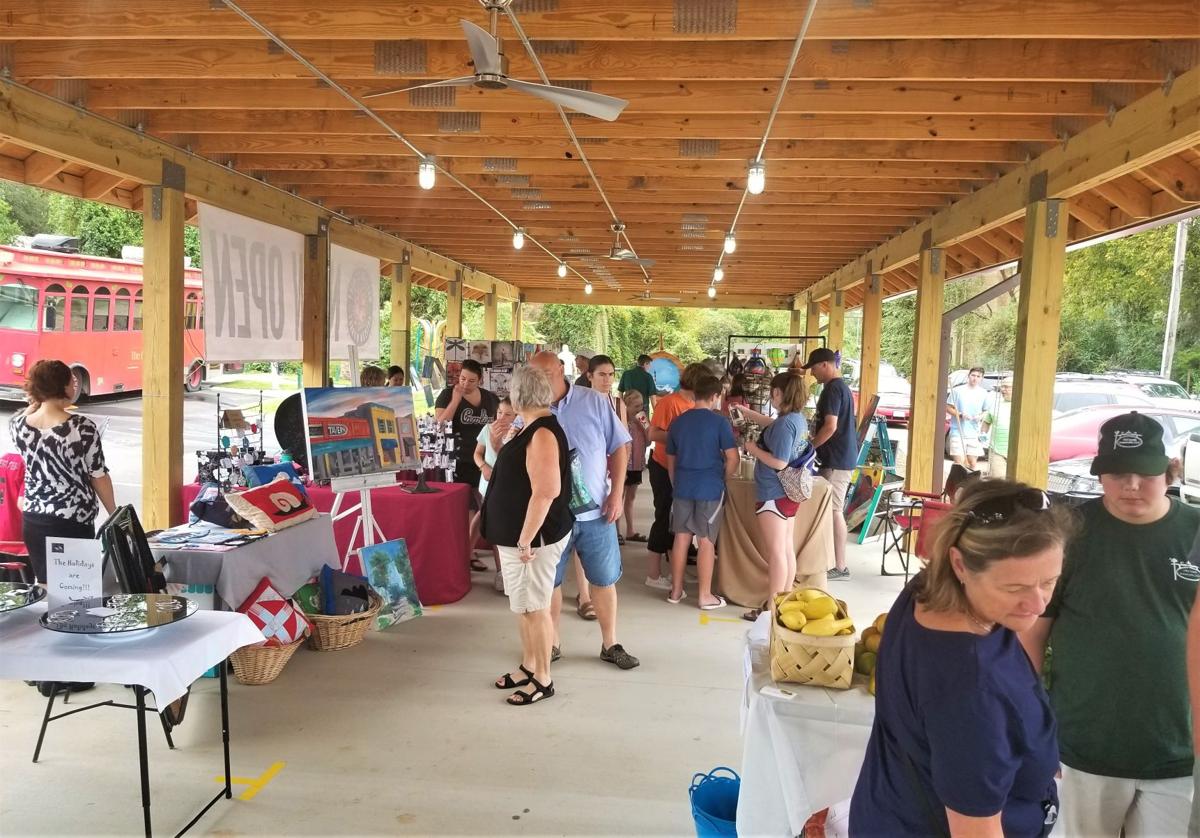 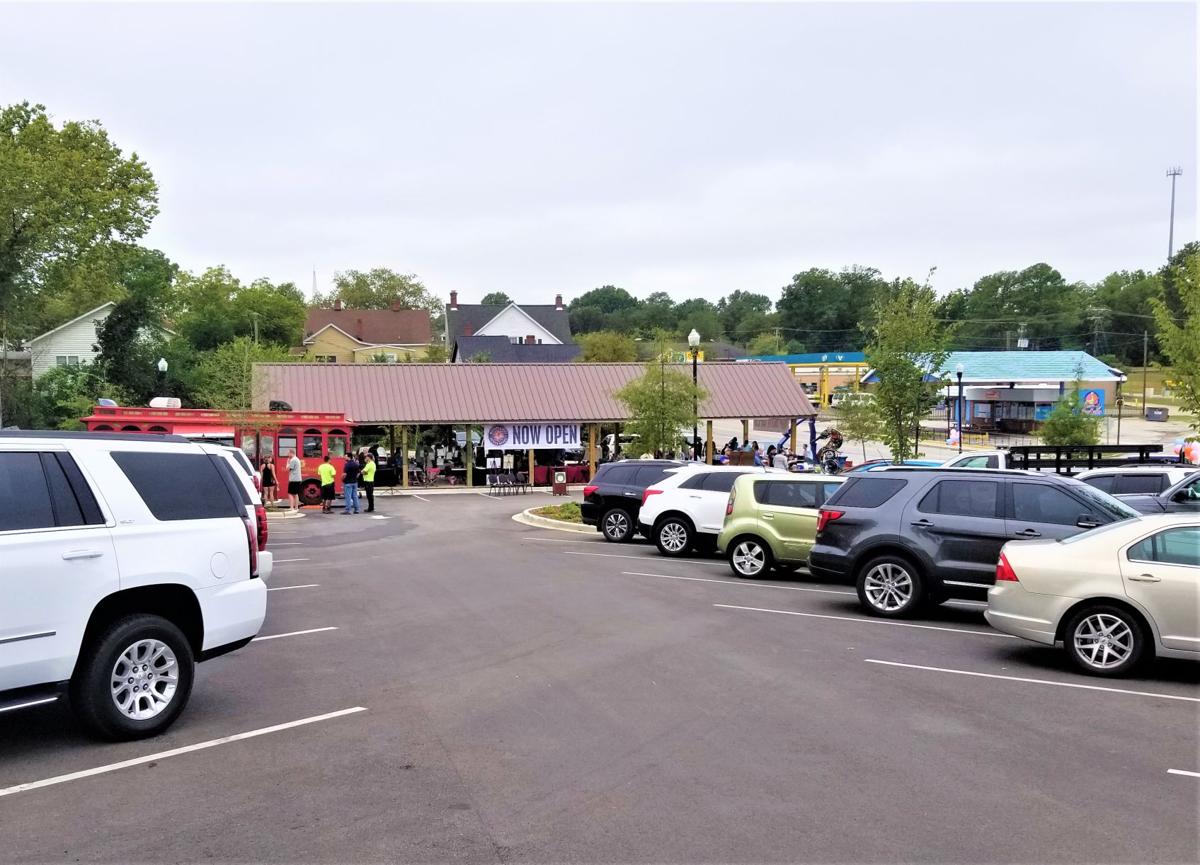 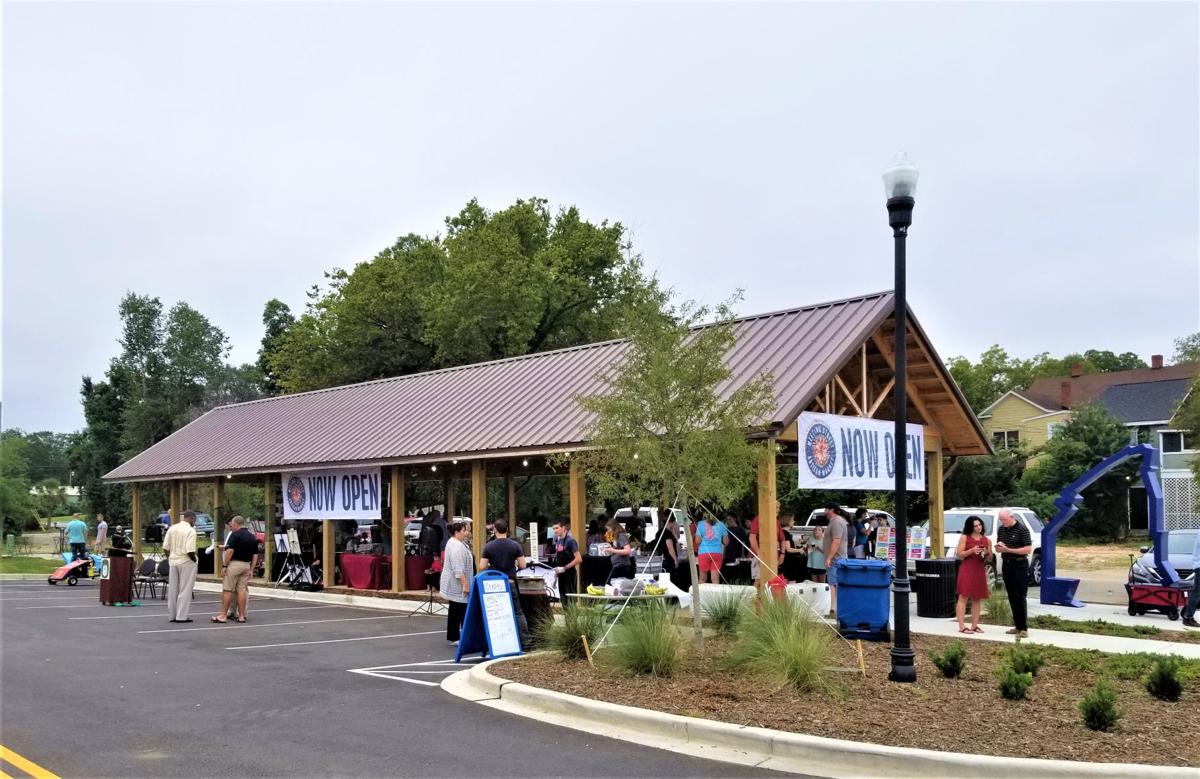 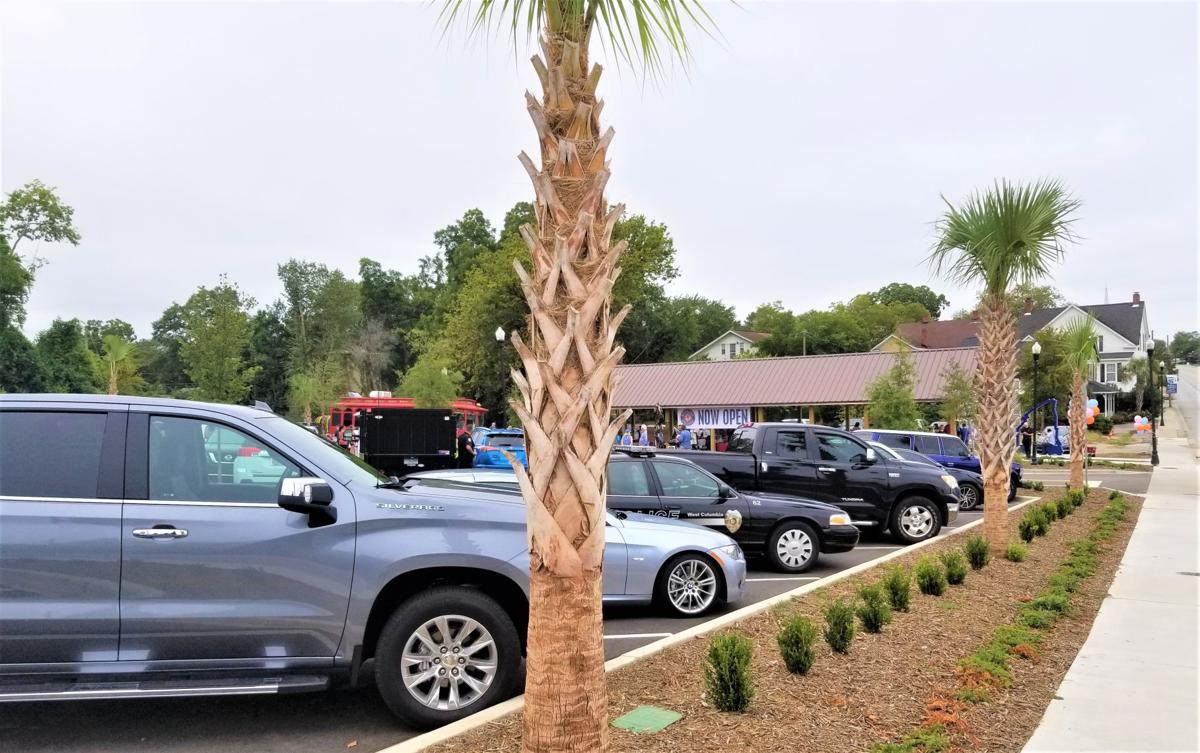 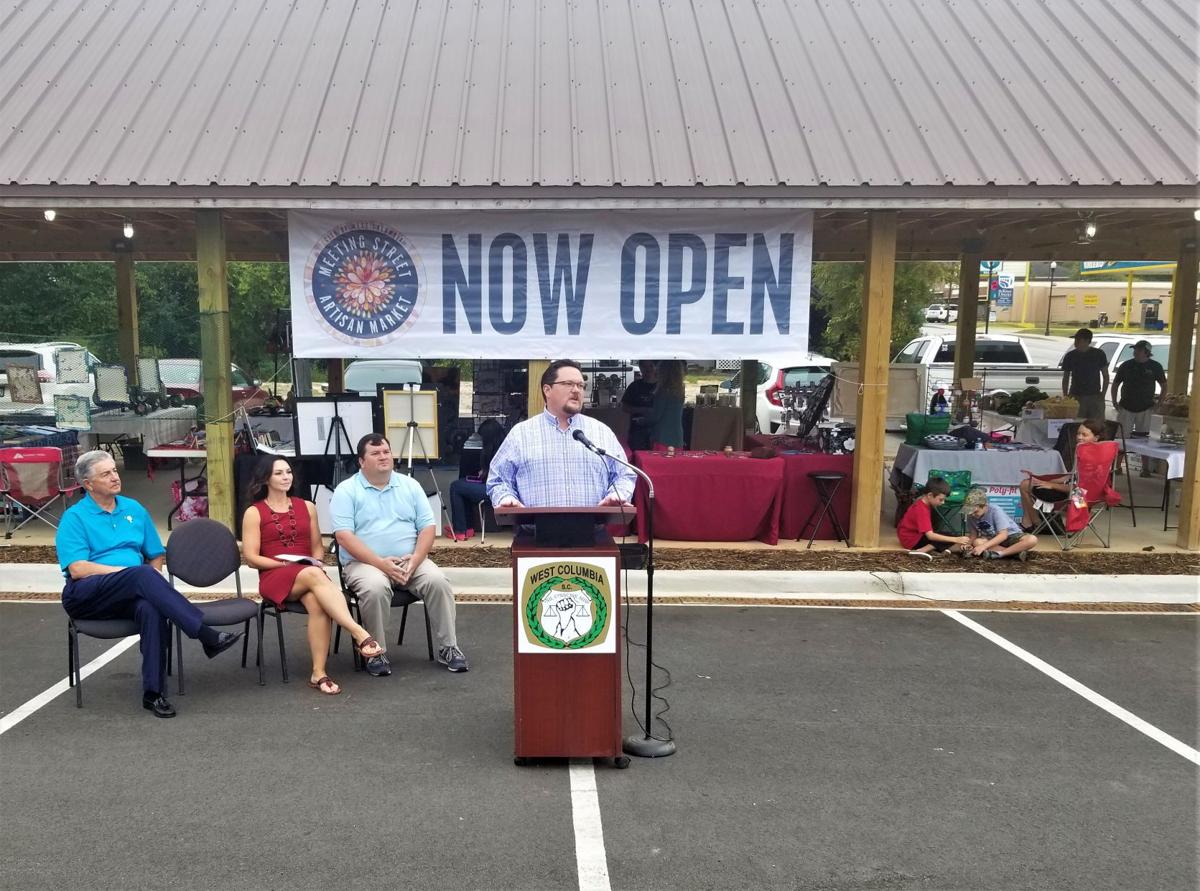 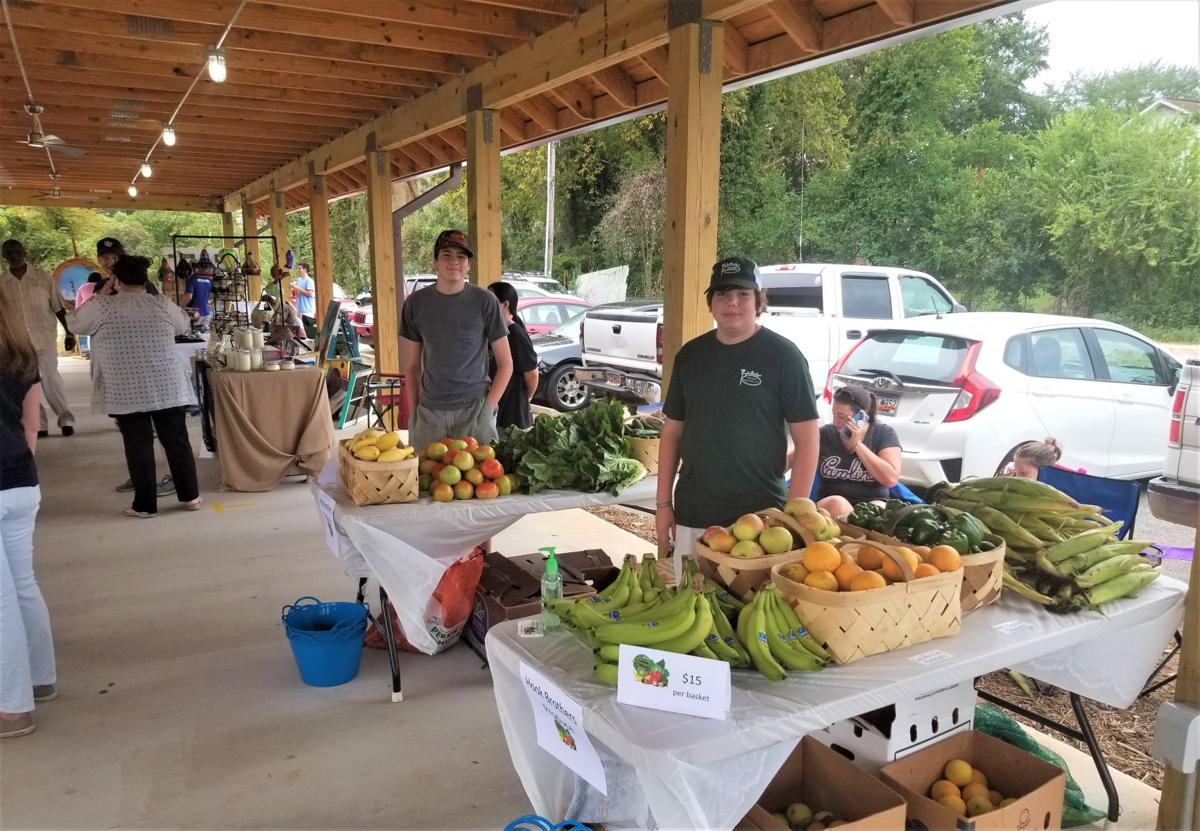 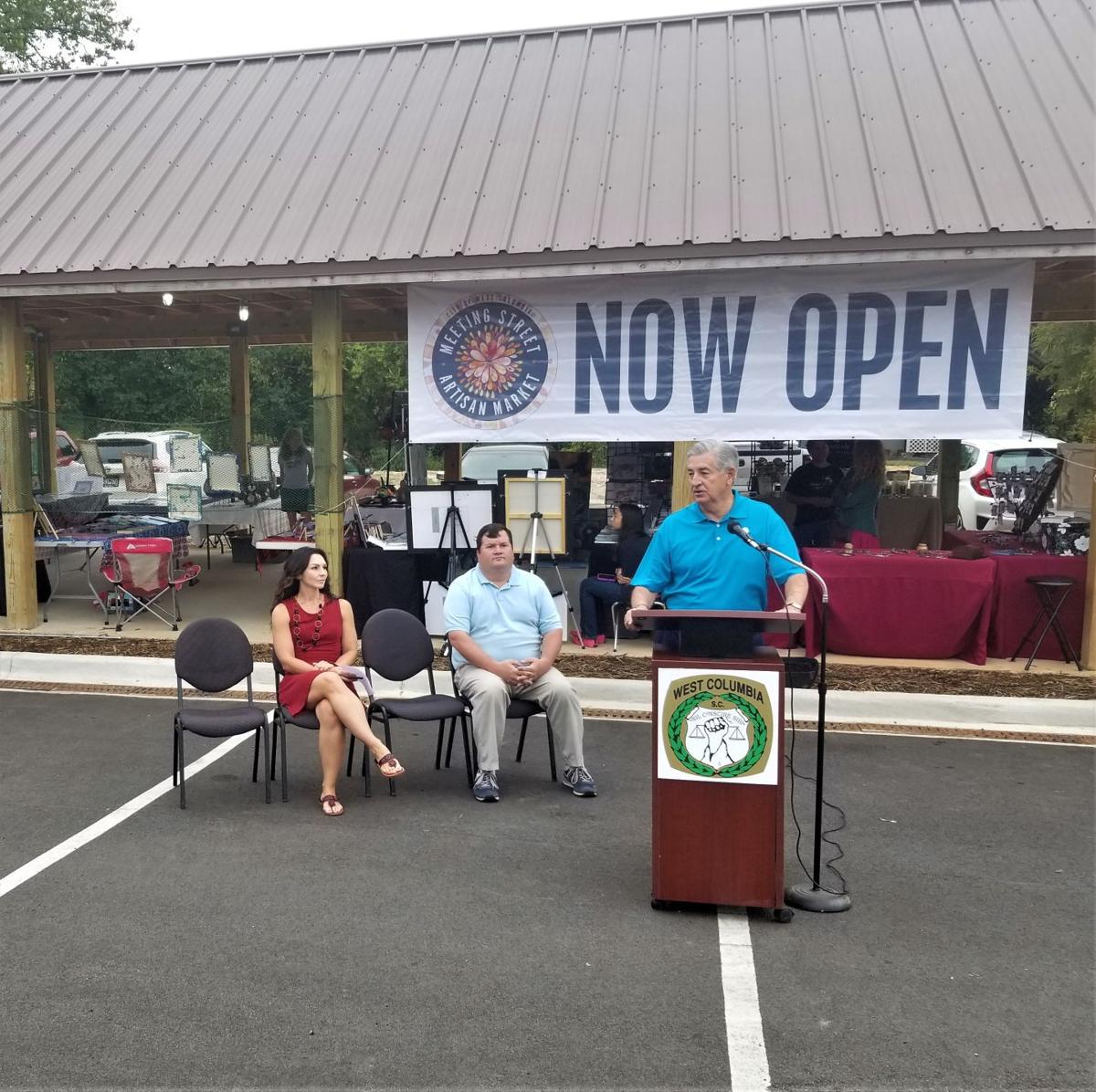 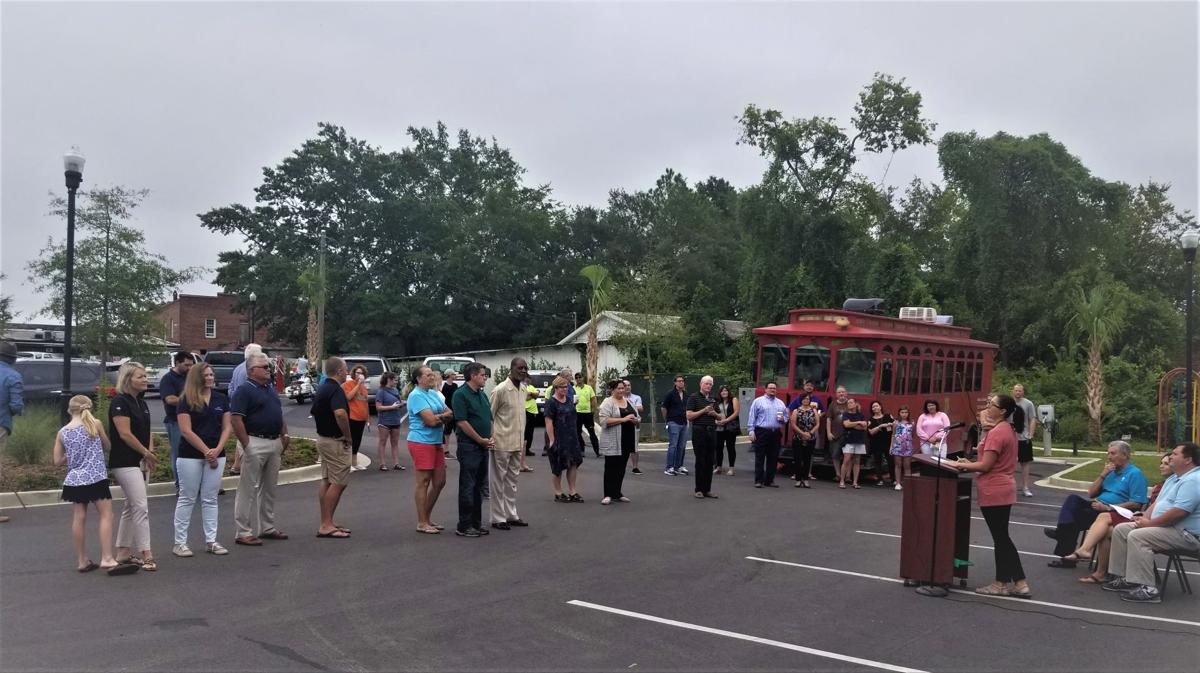