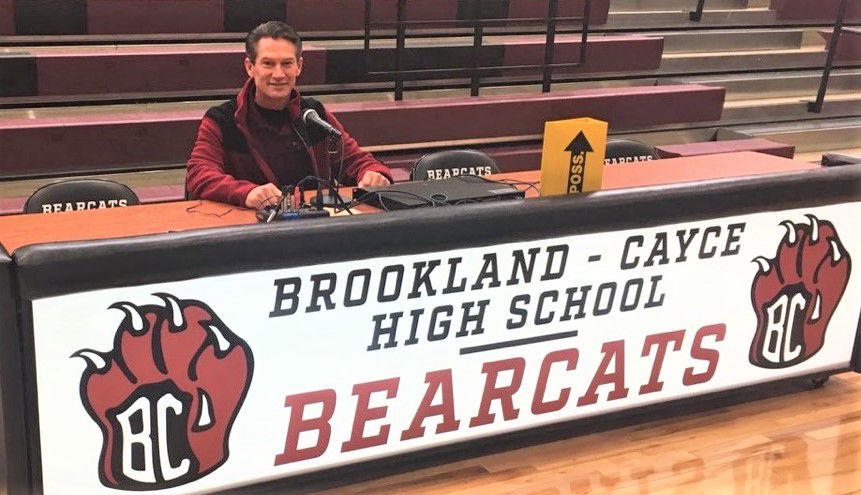 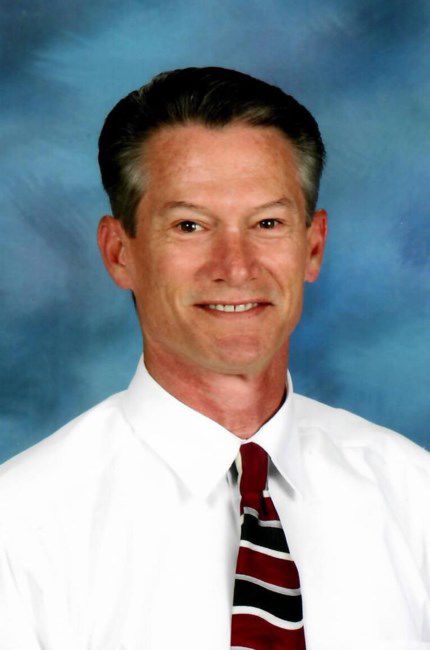 Sam Frierson- the voice of Brookland-Cayce Bearcats- passed away last Thursday. He was remembered at the BC graduation ceremony, Friday, held on the field where he called so many high school football games.

BCHS Principal Gregg Morton said Frierson was the only announcer Brookland-Cayce had in its new football stadium, and the new basketball arena. Frierson was also on staff at BC as a teaching assistant. He was an assistant soccer coach, too.

“He meant a lot to Brookland-Cayce,” said Morton. “He will be missed.”
A Go FundMe page was set up to help defray medical costs.

According to a post by family member Jackie Caulder on Friday, May 9, “Sam thought he may have strep.” By May 11, (Mother’s Day) “Sam was taken to Lexington Medical Center due to his throat being so swollen that it was interfering with his ability to breathe properly.”

He then underwent surgery and two ruptured abscesses were found in his throat. Infection had spread throughout his throat and thoracic cavity. Doctors admitted Sam to ICU and he was placed on a ventilator. In the days that followed, he had multiple throat surgeries at LMC and then Sam was transferred to MUSC in Charleston on May 16.

He had multiple throat and lung surgeries to clean the bacteria in addition to cat scans, X-rays and much more. The doctors at MUSC informed his family Sam had pneumonia in his right lung. By May 30, he had succumbed to the illness.

LEXINGTON – Sam H. Frierson, III passed away peacefully on May 30, 2019, at MUSC, Charleston, SC. A funeral mass, conducted by Rev. Raymond J. Carlo, will be held at Corpus Christi Catholic Church, 2350 Augusta Hwy, Lexington, on Wednesday, June 5, 2019 at 10:30 a.m. Sammy was born June 12, 1966 in Charleston, SC. The family relocated to Lexington, SC in 1973, where he later graduated from Lexington High School and attended Spartanburg Methodist College. He played youth and varsity football and basketball and golfed in Nike Teardrop tour events in Florida while employed at TPC Prestancia Sarasota Florida. Sammy was a beloved coach and faculty member to all students at Brookland Cayce High School. Known as the Voice of the Bearcats, he announced BCHS football, basketball, and soccer athletic events for years, as well as the annual BCHS graduation ceremonies. He was honored at the opening of this year’s ceremony held the day following his sudden passing. A colleague has expressed to the family that “…the loss and grief is weighing over the school.” He is survived by his beloved wife, Letty; adored children, Morgan, Evelyn and Jackie (Zach) Caulder; beloved grandson, Gabriel Caulder; his beloved mother, Marjorie Frierson; beloved sister, Lynne F. Thomas and beloved brother, Randall W. (Tracy) Frierson; loving aunts, uncles, nieces, nephews and cousins. He leaves behind his best four-legged buddy, Bam. Sammy is predeceased by his beloved father, Sam H. Frierson, Jr.; sister, Theresa F. Corbin, and nephew, Joshua G. Frierson. He was also predeceased by grandparents, Sam H. and Lottie Frierson and William L. and Mary F. Schachte, all of Charleston, SC. The family wishes to extend special thanks to the expert medical specialists involved in his care at MUSC, and to his aunt and uncle, Bill and Carmen Schachte of Charleston, SC and his cousin, Dana Edwards of Summerville, SC for their invaluable assistance while Sammy was at MUSC in Charleston. In lieu of flowers, the family requests that donations be made to Brookland Cayce High School Education Foundation, PO Box 2482, West Columbia, SC 29171 in memory of Sam H. Frierson III or the charity of one’s choice. Following his funeral mass, the family will receive guests at a Repast Luncheon in the Corpus Christi Parish Hall. Caughman-Harman Funeral Home Lexington Chapel is assisting the family with arrangements.