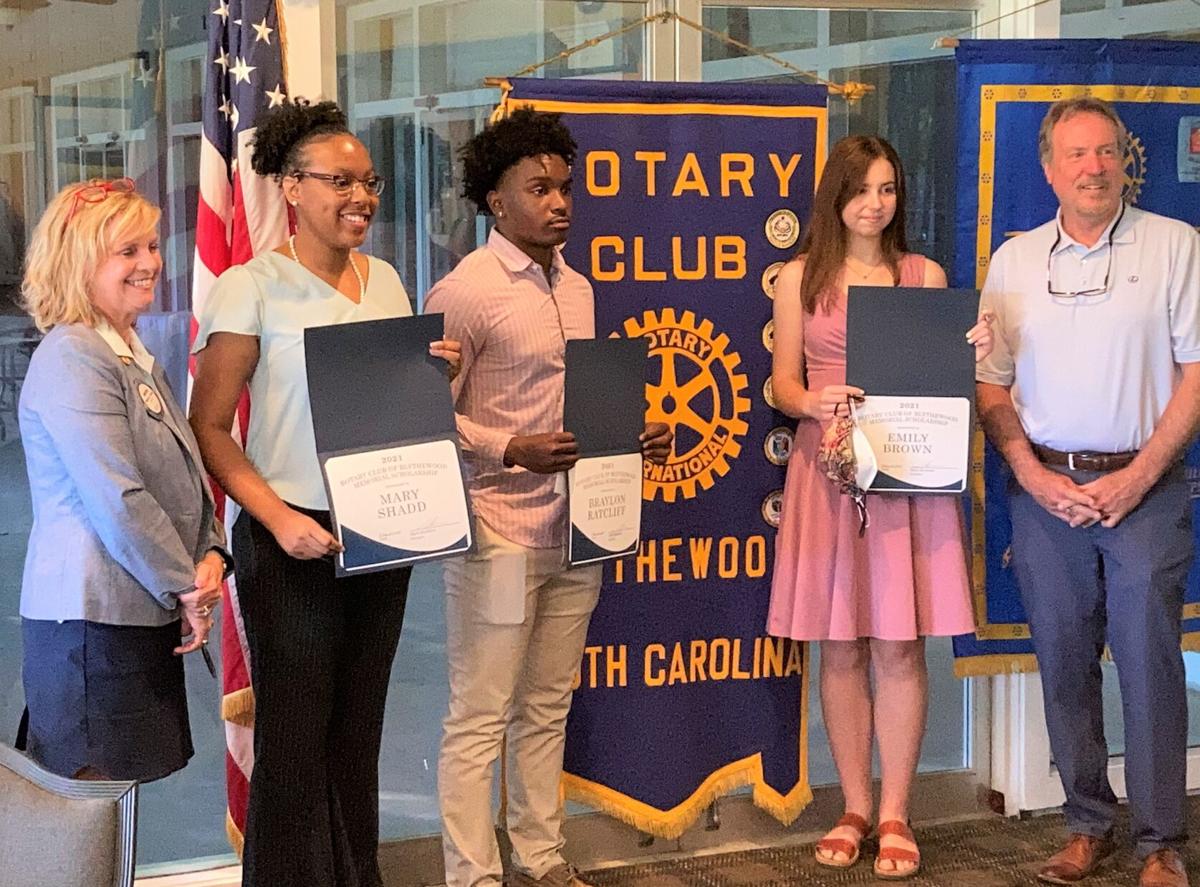 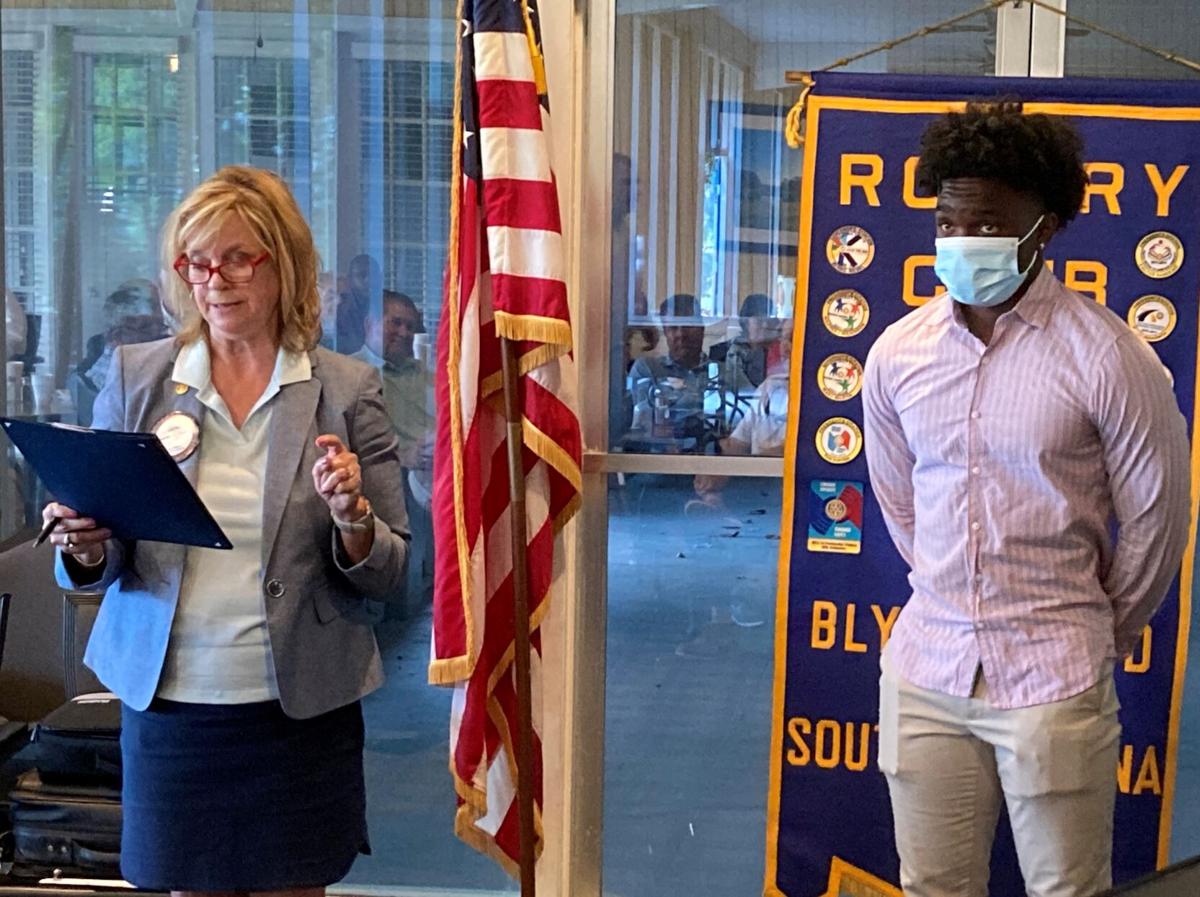 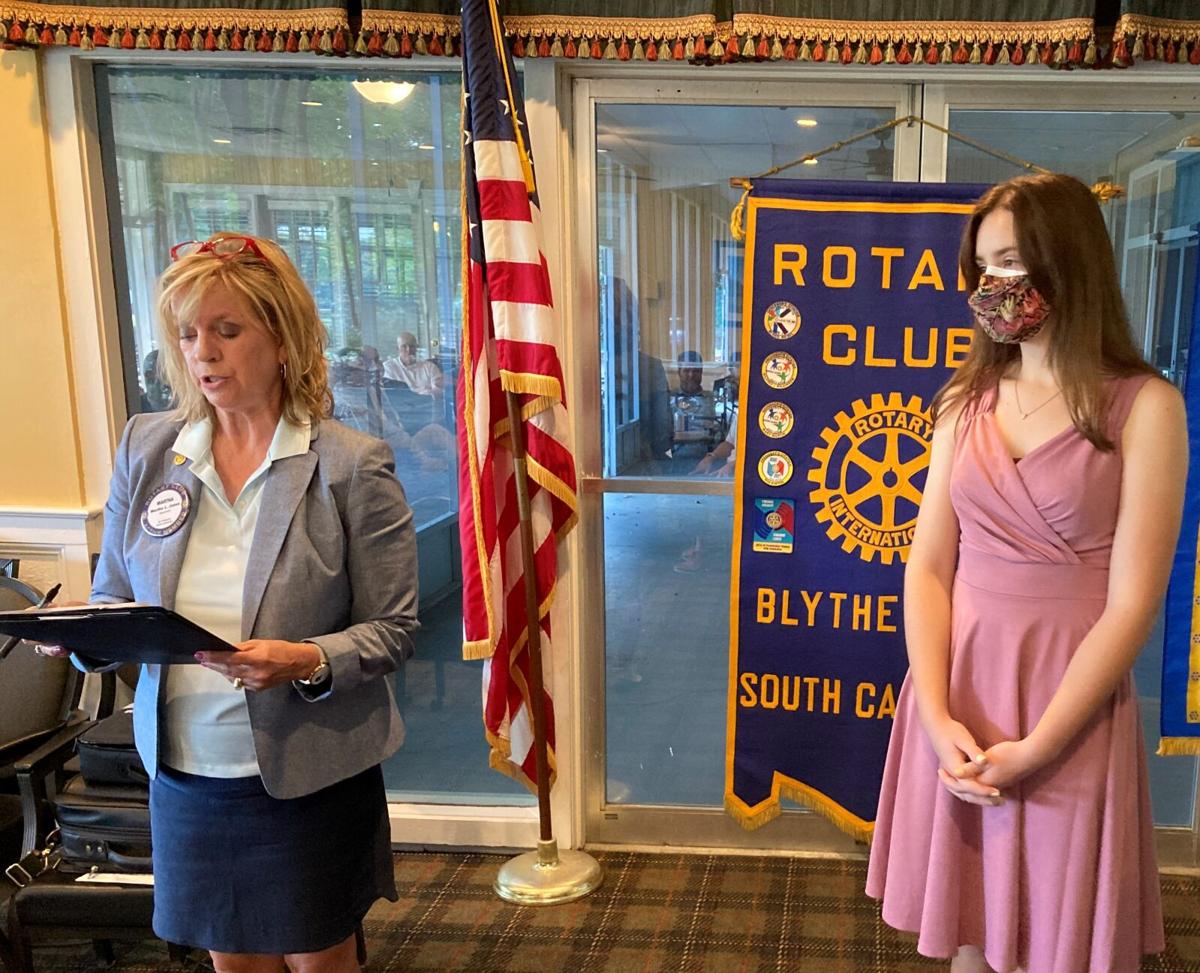 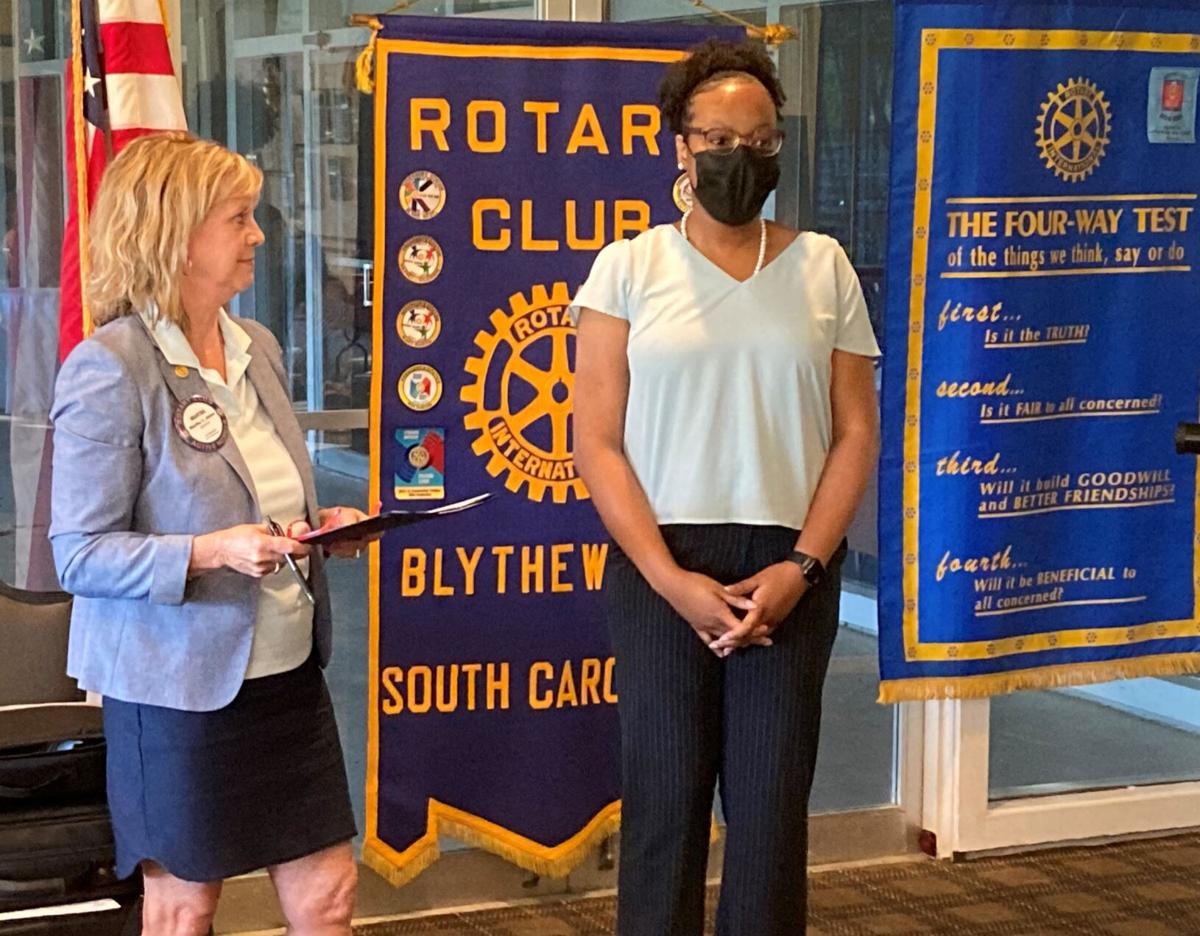 Emily Brown found a silver lining in the injuries she suffered while running cross country for Westwood High School. Her recovery included sessions with a physical therapist — and the discovery of a new career passion.

“I was so impressed with how (the therapist) could look at me and tell what was wrong and what hurt,” Brown said.

The Blythewood native, who just graduated first in her class at Westwood, now plans to major in biology and Spanish at Winthrop University with the goal of becoming a physical therapist. That journey just became $2,000 easier for Brown as one of four Blythewood area students who received Rotary Club of Blythewood Memorial Scholarships Thursday.

“It’ll help me focus on my classes better, and be less stressed about college,” she said. Brown also played violin and won the school’s Outstanding Senior award.

The Rotary Club of Blythewood awards the scholarships annually to graduating seniors in memory of Blythewood Rotarians. Recipients are selected based on financial need, scholastic achievement, initiative and motivation, and volunteerism. Students must live in the 29016 zip code with plans to enter an accredited institution of higher learning, including a technical college, junior college, business college, college of art and design or four-year university. The scholarships are one-time awards for college freshmen-to-be, and the funds can be used for any college expenses, such as tuition, computers, or room and board.

Rotary also awarded a $2,000 scholarship to Braylon Ratcliff, a Spring Valley graduate who plans to study exercise science with a concentration in athletic training at Wingate University in North Carolina. Ratcliff’s accomplishments include serving as co-captain of Spring Valley’s football team, running track and participating in the Fellowship of Christian Athletes. His career goal is working as an athletic trainer for a college or professional sports team.

A $2,000 scholarship also was awarded to Mary Schadd, another Spring Valley graduate. Schadd will major in business administration and minor in finance at Clemson University. Her career goals include starting nonprofit organizations to encourage people of color to pursue careers in technology and business fields. Schadd was an honor roll student who played basketball and violin, and ran her own babysitting and tutoring business.

The fourth $2,000 scholarship recipient was Justin Kemp, a home-schooled student who plans to major in “words and writing” and minor in German at Cedarville University in Ohio. Kemp’s career goals include living in Europe where he can teach English as a second language and pursue editing work.

“Being able to give these scholarships to kids starting their educational journey is a way for us to help kids in our area be successful,” Jones said. “These are some good, talented young people who’ve been involved throughout their high school careers. When you ask them what their plans are, they already have a road map laid out.”