Holbrook began by referencing a table that was filled with dozens of guns in front of the officers.  “What you see in front of you today is a snapshot of a degree of a problem we have.” He and Sheriff Lott voiced their determination to reduce the amount of gun violence in Columbia, and informed the crowd of the plan they are implementing to do just that.

Holbrook said there have already been 166 guns seized within 2018.  The type of guns range from hand guns, to high power rifles and assault weapons.  He explained that multiple divisions will be working together to locate specific people who are considered a threat.

“We’re taking a collaborative approach with narcotics people, the warrant division, and investigators, and it’s going to be very specific and targeted,” said Holbrook.  Sheriff Lott reflected Holbrook’s comments, making a point to reiterate that both of their departments will be focusing on a specific group.

“We’re going to create a task force in the next 60 days that is going to focus on the small number of people committing most of these crimes,” Lott said.  “We’re targeting them, we’re going to go after them.”  He said they are beginning with a “top ten” list and going from there.

There was also an educational point Lott made.  He mentioned many of the firearms being used in the shootings are stolen from peoples’ vehicles.  “When you get home at night, don’t leave your pistol in your car,” he said.  A question from the crowd was directed to Lott, asking how it makes him feel to see all the guns in front of him that were taken off the streets.   “It scares me that this is what we have in our community,” he said.  “I hope it’s a culture shock to everyone seeing this, this is what’s out there.”

Mayor Benjamin had a supportive stance towards the departments’ plan.  “It’s smart decision policing,” he said.  “We want to make sure we create safe communities where people can live, work, play, worship, and raise families.”  Benjamin referenced the data the officers had provided about the amount of gun-related crimes last year, adding that the data doesn’t lie.  “We must be unapologetic about cracking down on those who continue to victimize our families, our friends, and our neighbors,” said Benjamin. 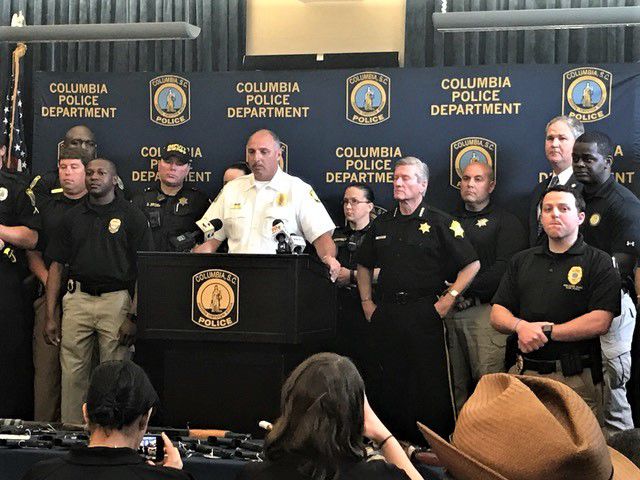 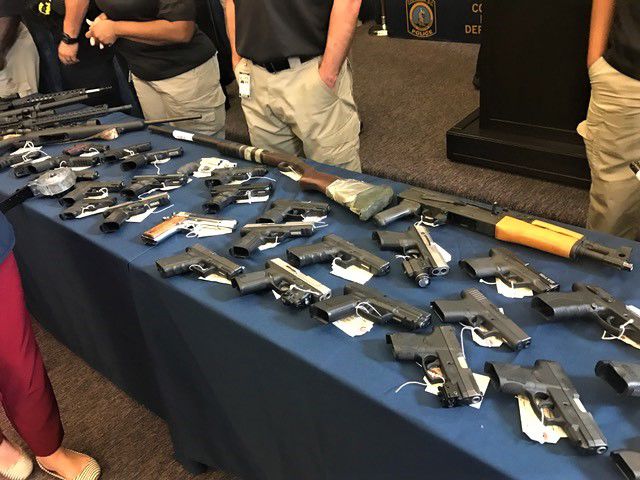 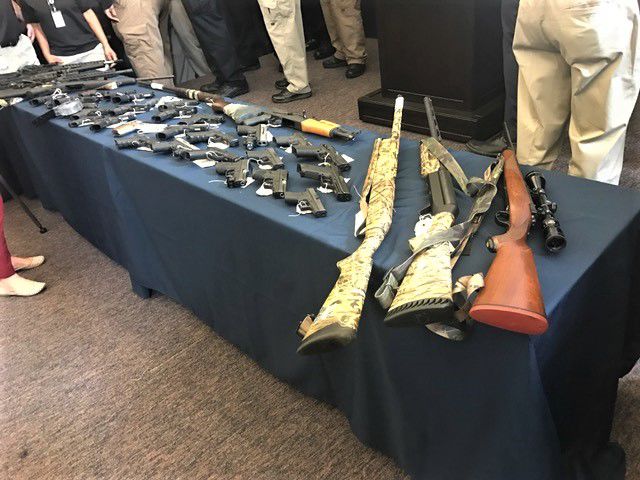 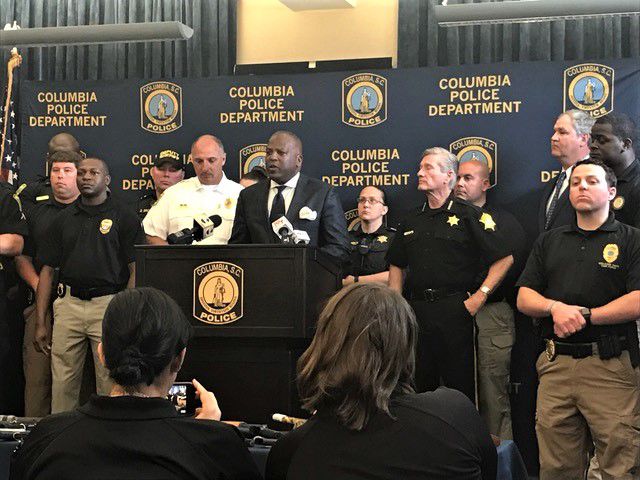