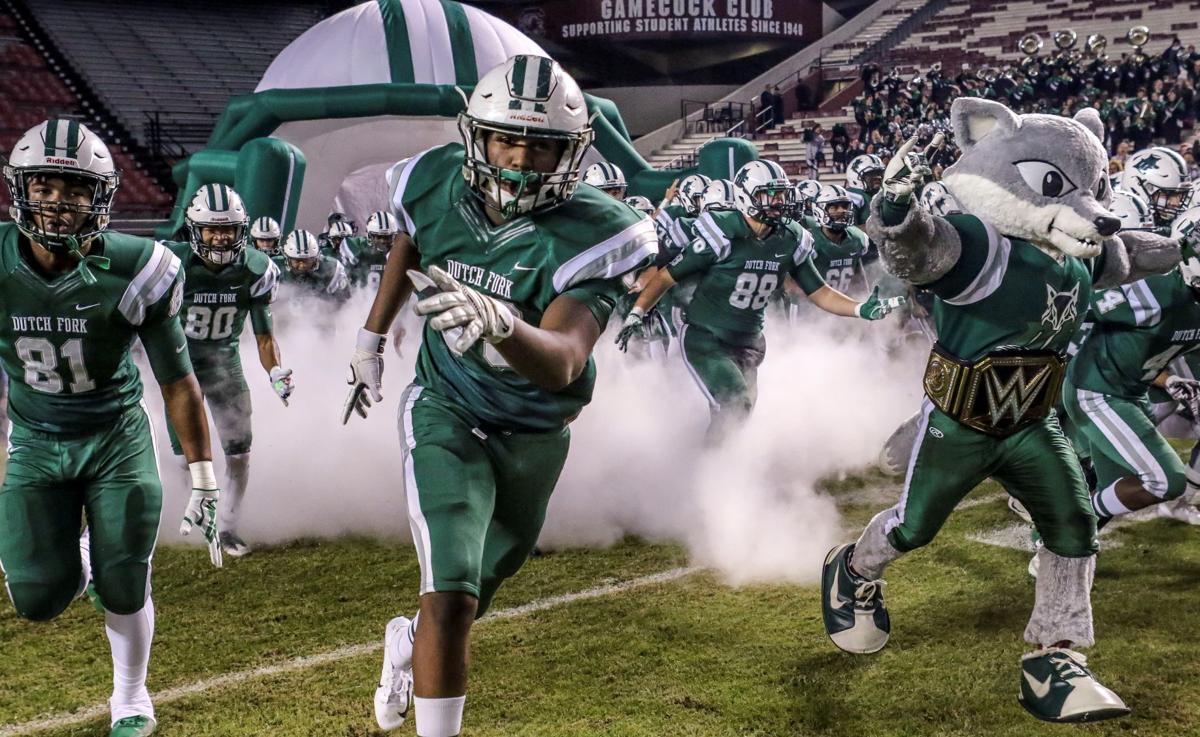 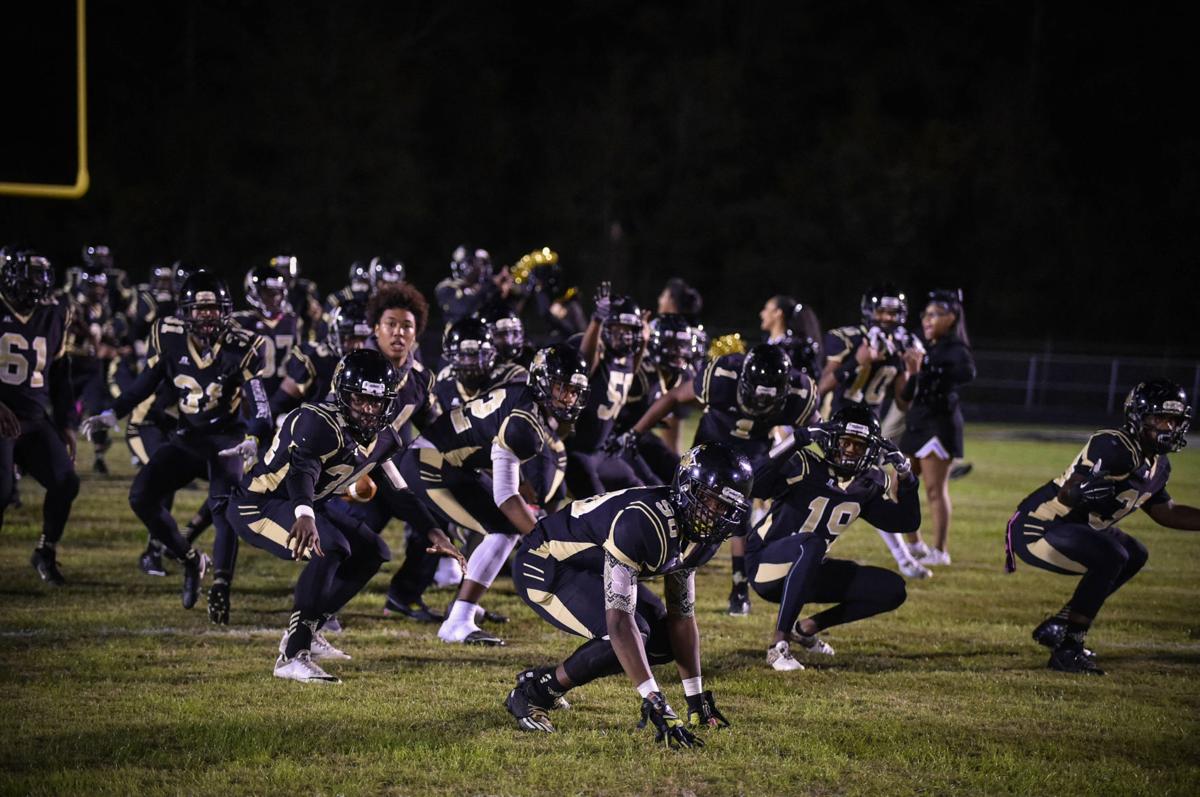 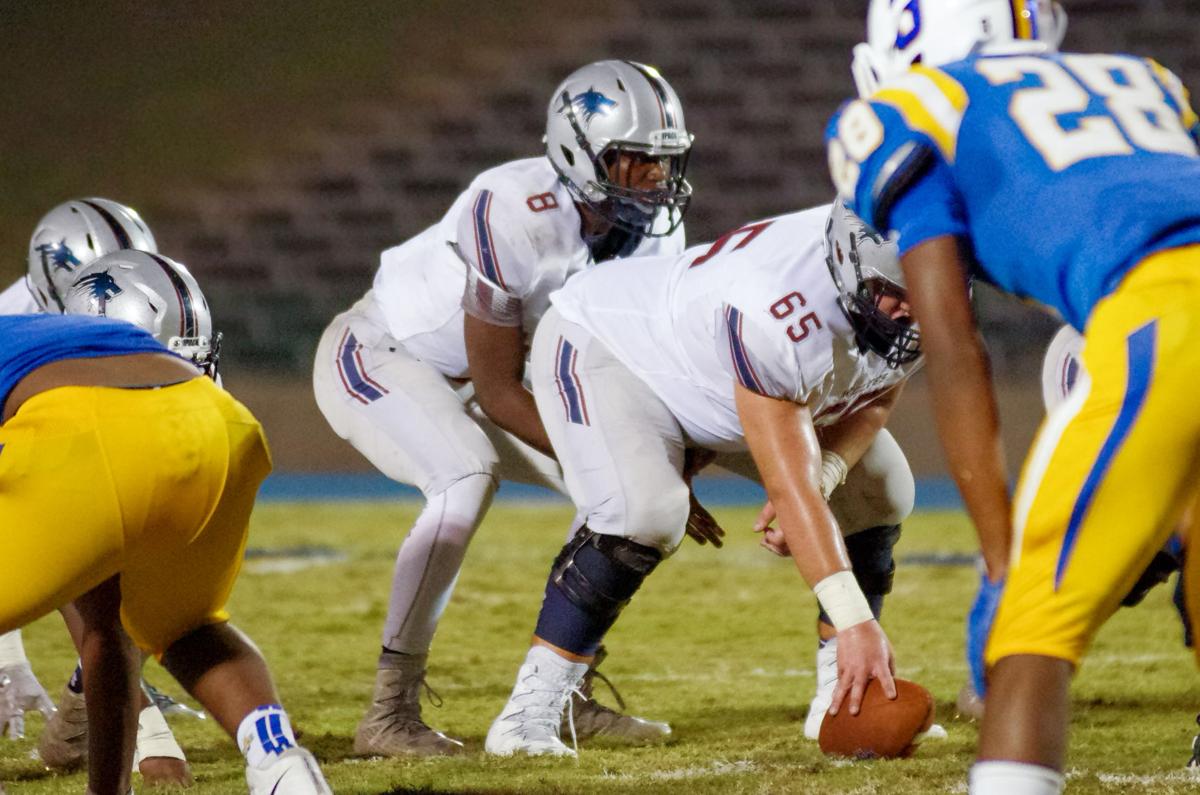 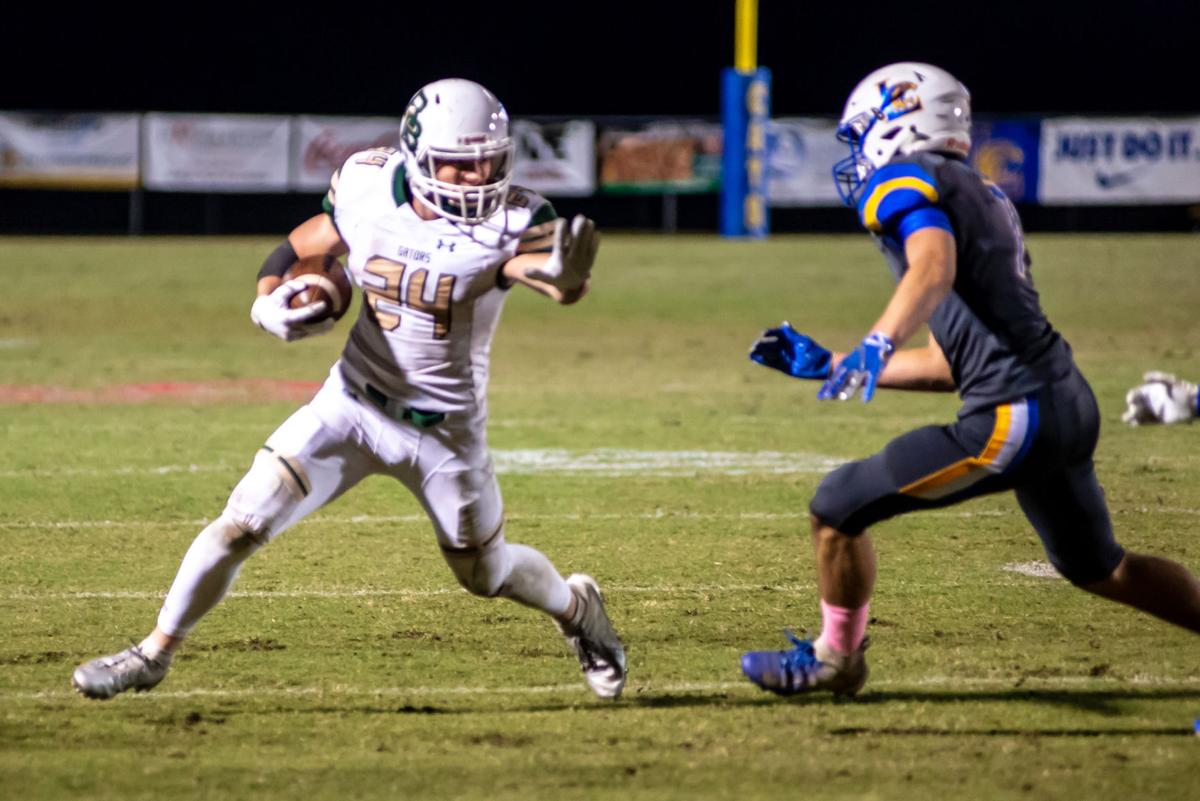 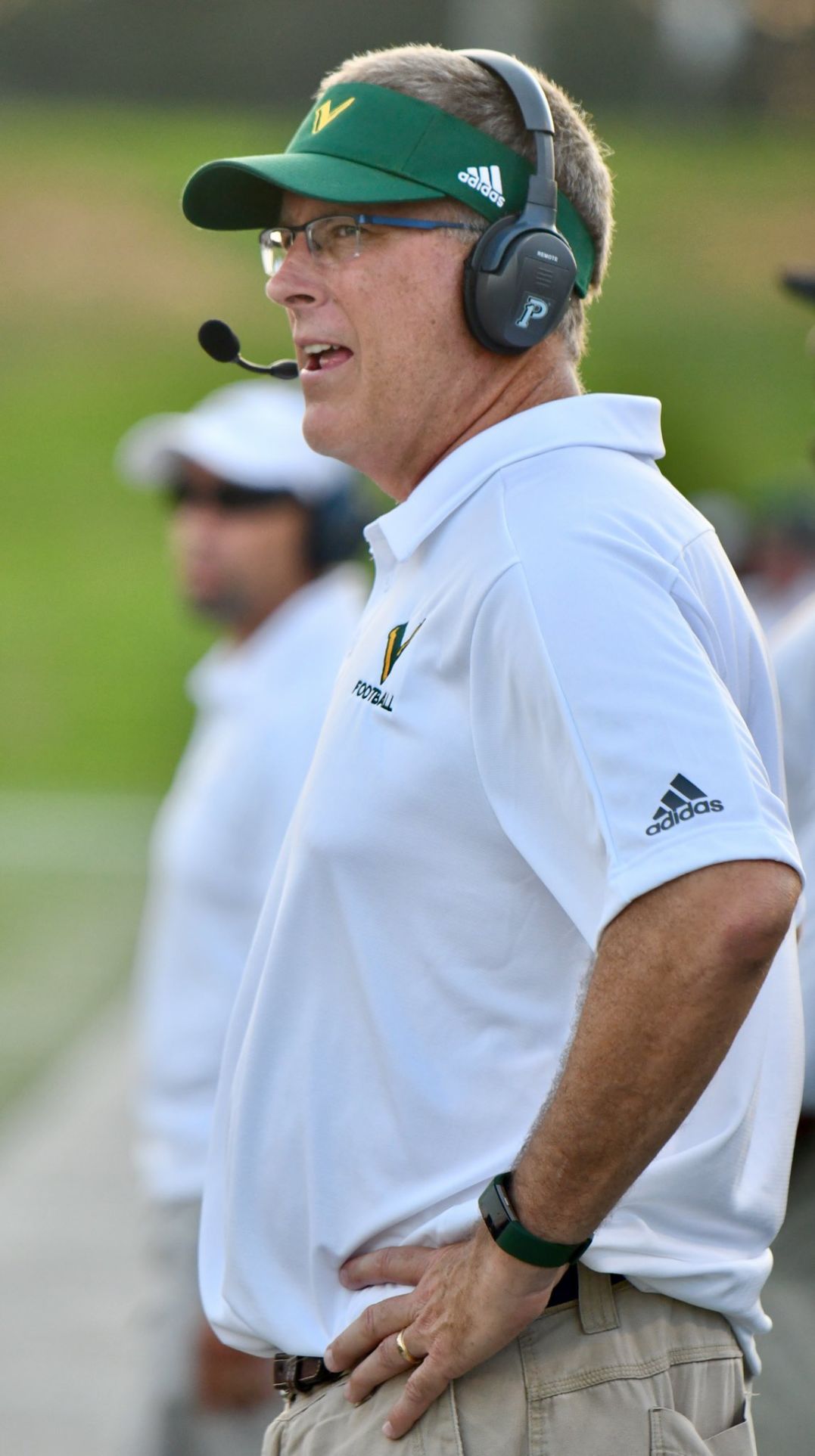 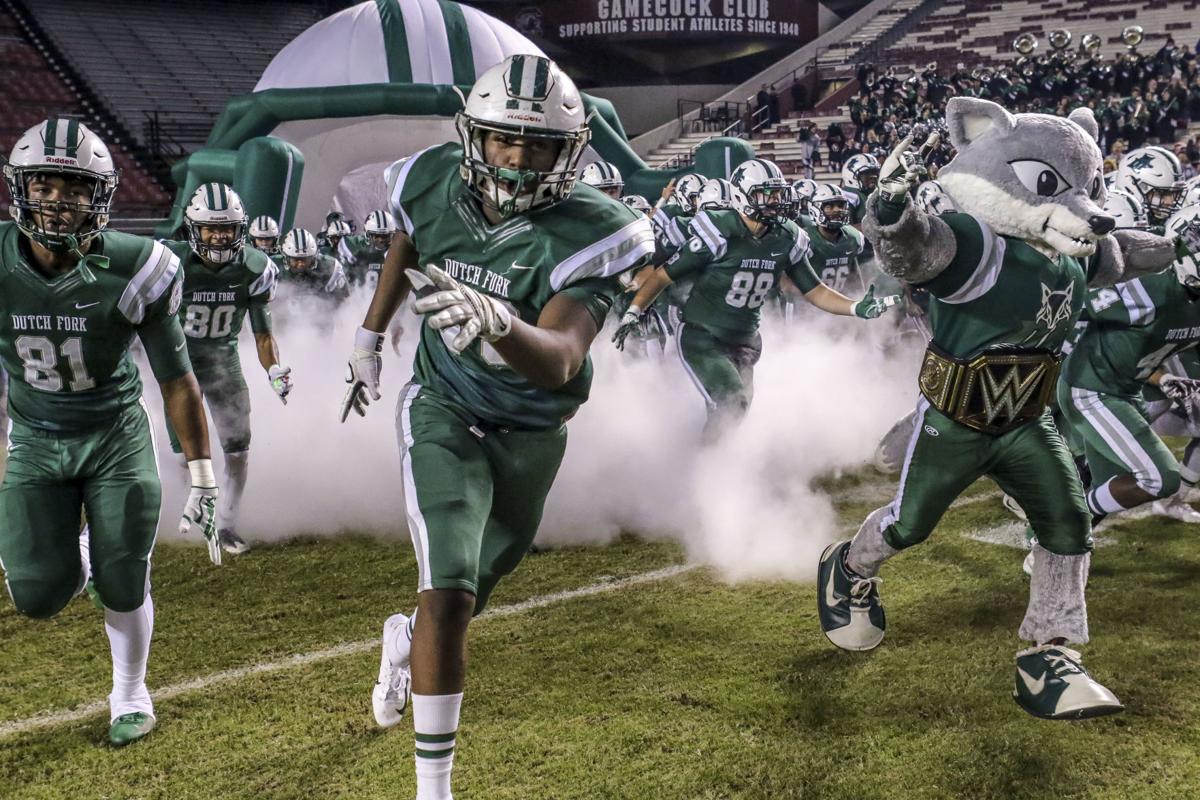 Can Dutch Fork continue their dominance?
The short answer is yes. They absolutely can. However, only five schools in South Carolina football history have pulled off the four-peat. A lot of folks, including myself, looked at last year as a major win for Dutch Fork considering that the big time impact players they had were only juniors. And now they all come back for a four-peat. Clemson baseball commit Ty Olenchuck will go under center as the senior quarterback and have his favorite target back, Tennesee commit Jalin Hyatt. At running back, Jon Hall returns and will now be the feature back. He shared time last year but still got a good bit of playing time, and produced in big games. The early schedule for DF will test them. Mallard Creek, a powerhouse from Charlotte, comes to Ballentine on August 23, a game that will be featured on ESPN2. After that however, I don’t see much. Their toughest road trip will be to Northwestern later in September. Their region might actually be a tad improved from a year ago. White Knoll, Chapin and River Bluff all return some really good players. A road trip to Chapin on October fourth could be interesting early. The Silver Foxes have a strong case to be back in the 5A title game, and not many would question that.

Familiar faces in new places
-A lot of coaches and some players have new homes to start the 2019 season. Some return to the Midlands area from time away. The biggest of those would probably be Dustin Curtis, who is the new head man at AC Flora. After a few seasons at Westwood, Curtis returns home to Forest Acres where he spent seven seasons as an assistant with the Falcons. In that time, the Falcons had a resurgence winning multiple region titles and some semi-final playoff runs. I’ve just gotten to know Curtis recently, and actually did some radio with him in December. Very likeable guy, hard worker and progressive coach.

-Other new head coaches include William Richardson at Richland Northeast. The former Sumter quarterback and Coastal Carolina talent takes the reigns and tries to build something positive with the Cavaliers. It will be quite the task. The last winning season for the Cavs was 2011, while the most recent playoff appearance was 2015.

-Irmo will have a new man heading up the Yellow Jackets. After Reggie Kennedy left for the head job at Manning, Aaron Brand adds to the list of North Carolina coaches coming down to the Palmetto State. His resume is impressive having coached with and against Dutch Fork’s Tom Knotts and turning a program around in a short time. And from what I hear, he stresses fundamentals. He even added former Spring Valley head man Miles Aldridge, who is known for his defensive touch

-Spring Valley will have a new look offense, and with that comes a familiar face. Former Blythewood head coach Dan Morgan is back in the Midlands after spending time in the upstate. He led Eastside to a 18-6 mark in two seasons. He left Blythewood in 2016 after nine total seasons and four as a head coach going 26-20. Morgan will now be calling plays for Robin Bacon at Spring Valley in what seems to be a spread it out attack. For years the Vikings have run the triple option and word is the green and gold will go to the air much more often now and spread things out. Morgan is a class act, and very respected when it comes to his offensive approach.

-Morgan’s old stomping grounds in Blythewood will have a new face as well, but instead of a coach it will be a player. Josh Strickland who helped lead the Gilbert Indians to a successful season, transfers from Lexington and comes to Richland County. Coach Jason Siedel came to SC from North Carolina with the reputation of high octane, fast moving offenses and it seems he has more weapons to do so now. The Bengals have a tandem of wideouts who are as good as any in the area led by Joshua Burrell, one of the state’s top prospects for 2021.

-And lastly, a former offensive coordinator Matt Quinn is back where he once called plays to be the head coach. Westwood filled their vacancy rather quickly by adding Quinn this offseason, who was coaching in the upstate. He will have plenty to work with as the Redhawks return their QB (Ahmon Green, Georgia State commit) and a stable of receivers that has another D-1 talent in Christian Horn.

Quick hits
-Can Ridge View get over the hump?
They have the talent, don’t doubt that at all. The Blazers have reached the semi’s two out of the last three years. They return nearly everybody back on a defense that is getting praise as one of the best in the Midlands. On offense, they have to replace QB and top WR but multi-sport athlete Cincere Scott will help that cause. He won a state championship in basketball and brings that winning attitude to help new signal caller Andre Washington.

-Who wins region 4-4A?
I feel like this could a bit wide open. The Columbia teams like Flora, Dreher and Lower Richland all have the good pieces. Some of them young however, as the Blue Devils could start as many as six sophomores but do have an upstart, physical tailback. Lower Richland seems to be in good hands with coach Rodney Barr. He gets his QB back (Jamison Ganzy) plus skill guys to throw at. Flora of course has a new coach while Lakewood and Crestwood are always question marks being that they always seem to have talent but are not as consistent.

-Will Fairfield Central bounce back?
The Griffins had their worst season in 2018 winning only two games. The last time they were even under .500 was 2002 (2-9). They lost nine games combined the previous three years. After seeing them in a scrimmage, however, I think the Griffins are primed for a solid season. They were extremely young last season which means they return mostly the whole squad including a much improved, talented defense that features some really good corners.

-The new Bolden Stadium is open with the Columbia Capitals and CA Johnson Green Hornets getting a plush place to call home. The Caps had their best season since 2013 a year ago.

Do you want an Encore?
I am really excited to see if certain players this season can repeat or top their 2018 performances.

Braden Walker
-Had 1400 yards rushing and claims he wants to shoot for 2k as River Bluff tries to improve from their nine-win season.

KZ Adams
-The sophomore tailback will try to add on to his impressive 1,000 yards of offense at Gray Collegiate. He’s part of a high power offense for the War Eagles featuring Holy Cross commit Hunter Helms and Irmo transfer Omarion Dollison.

Aveon Smith
-The do-it-all QB for the T-wolves. He accounted for over one thousand rushing and passing yards from a year ago. And has already committed to Miami (Ohio)

Gilbert offense
-Jy Tolen is now the full time starter at QB after Josh Strickland transferred to Blythewood. The majority of the starters return on that side, and that’s scary for 3A football considering they averaged about 31 points per contest.