There’s a new business opening this month at 7451 Garner’s Ferry Road, with the goal to provide entertainment for children, and maybe some adults too.

Adrenaline Trampoline Park and Entertainment Center will open its doors May 26. The building, which was formerly the old Piggly Wiggly, was gutted and renovated to accommodate about 20,000 square feet of in-ground trampolines inside their 53,000 square feet location.

“A trampoline is a trampoline no matter where you go. But if you look at the difference in facilities, that’s what says a lot,” he said.

Berlant described the different features Adrenaline will offer. In addition to the expected trampoline areas and foam pits, there will be be other featured stations. There will be a designated kid’s court, a “wipe out” area with a motorized circulating beam, dodge-ball courts, escape rooms, three private party party rooms, a virtual reality game room, and a glass-encased parents’ lounge area.

According to Berlant, this is the first Adrenaline opening in South Carolina, with only a total of six open across the country so far. He said he has put in a lot of time at the location helping get it ready for the opening, along with other Adrenaline employees. Berlant said seeing all the progress that’s been made installing the trampolines, and continuing to prepare the building, is getting him excited for the grand opening.

“It’s incredible, I feel like a giddy little kid,” he said. “The first time I walked in the building, it was the old Piggly Wiggly and there was nothing in there.” Berlant compared the development process of Adrenaline to seeing a baby begin to grow.

The tentative hours for Adrenaline will be Monday through Thursday, 10 a.m. to 9 p.m. Friday and Saturday will be 10 a.m. to 11 p.m. Berlant stressed that the staff will be very well-trained to maintain the safety of all the park goers.

“We’re going to have everything fully staffed at all times to make sure kids are safe, having fun, and parents won’t have to come in here saying ‘I hope my kid doesn’t get hurt,” he said. 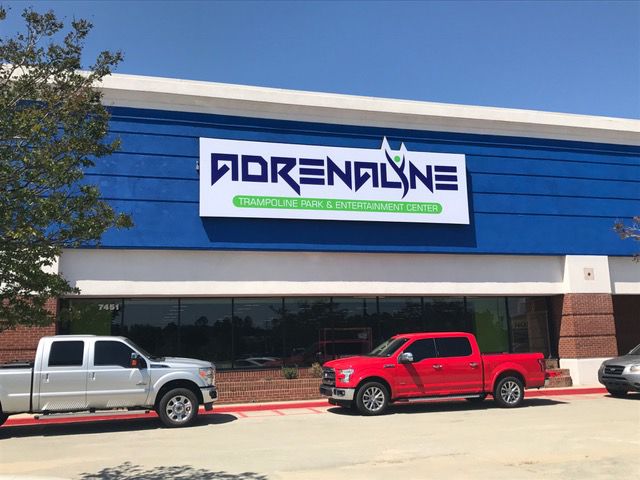 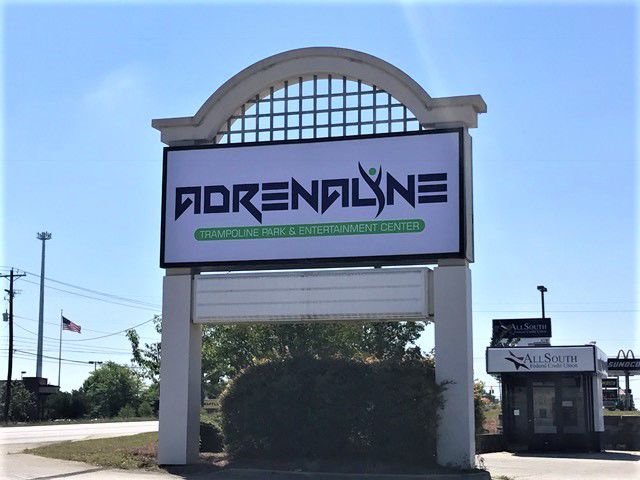 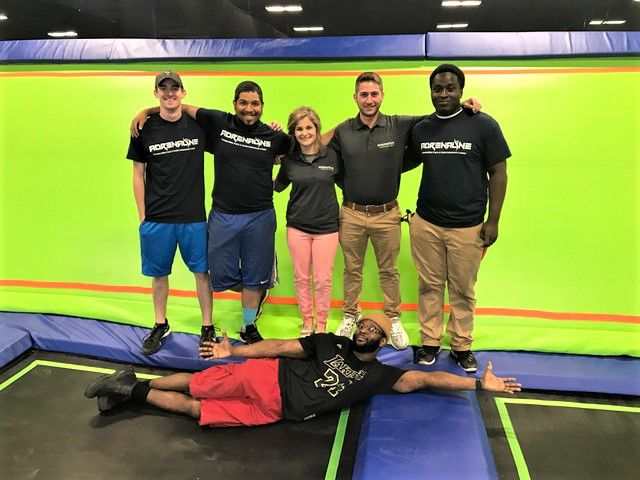