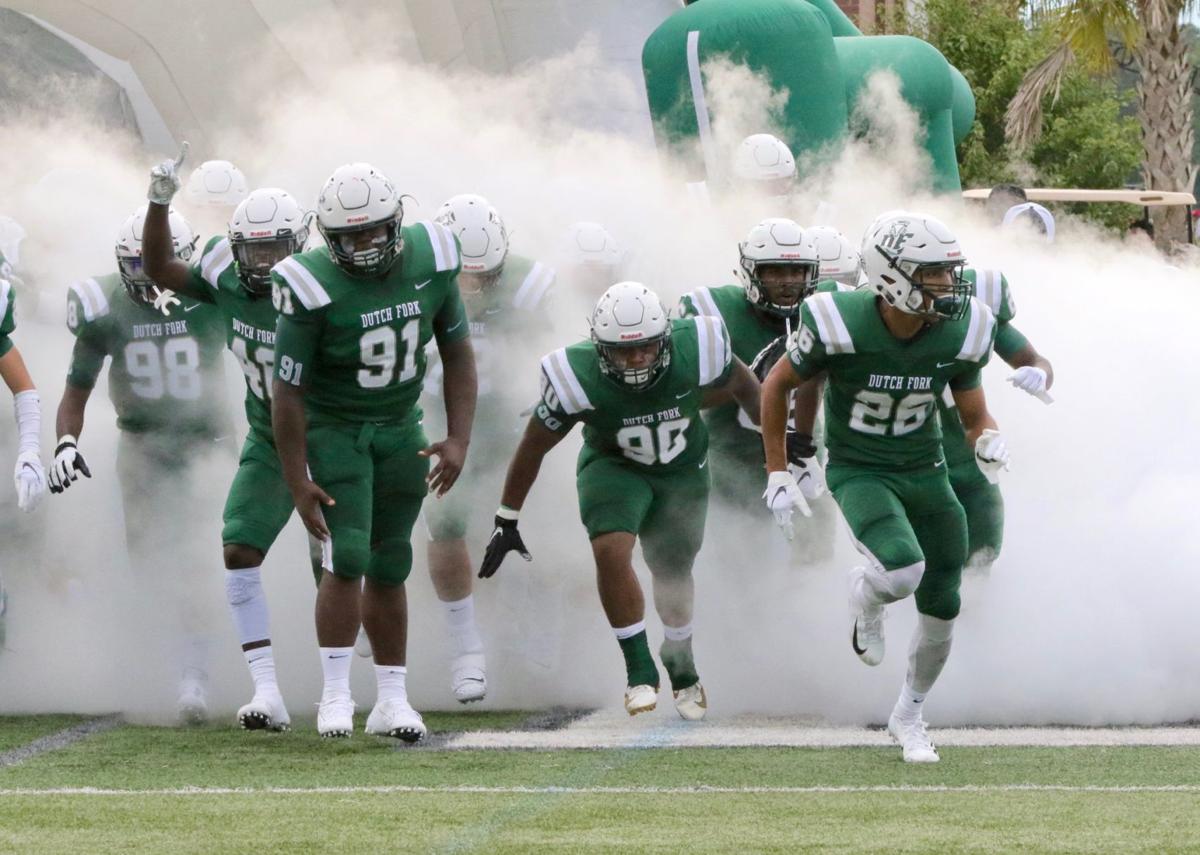 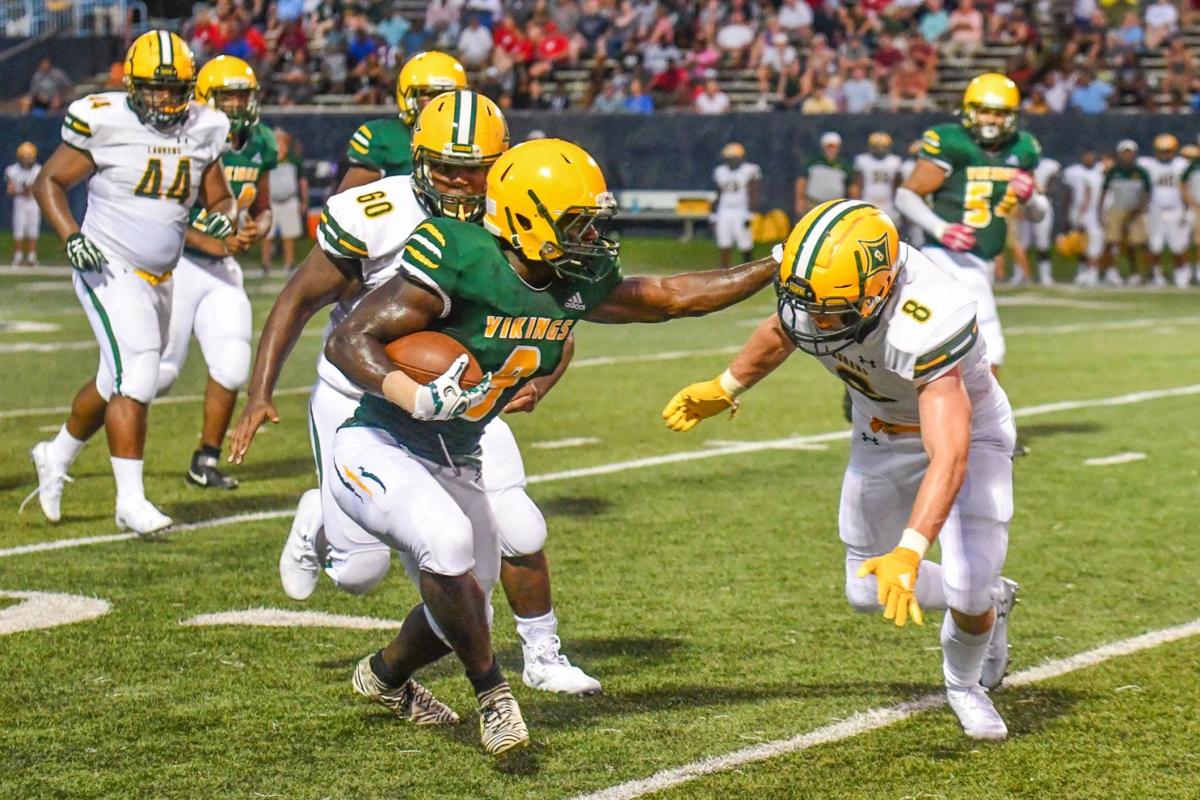 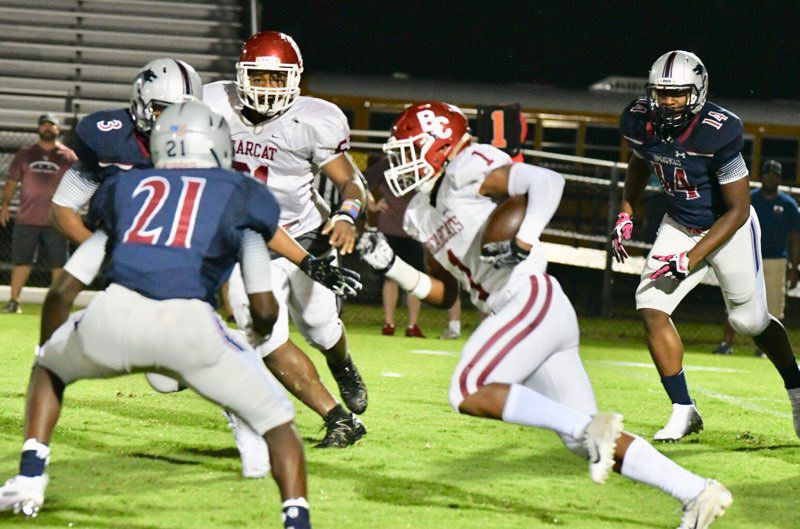 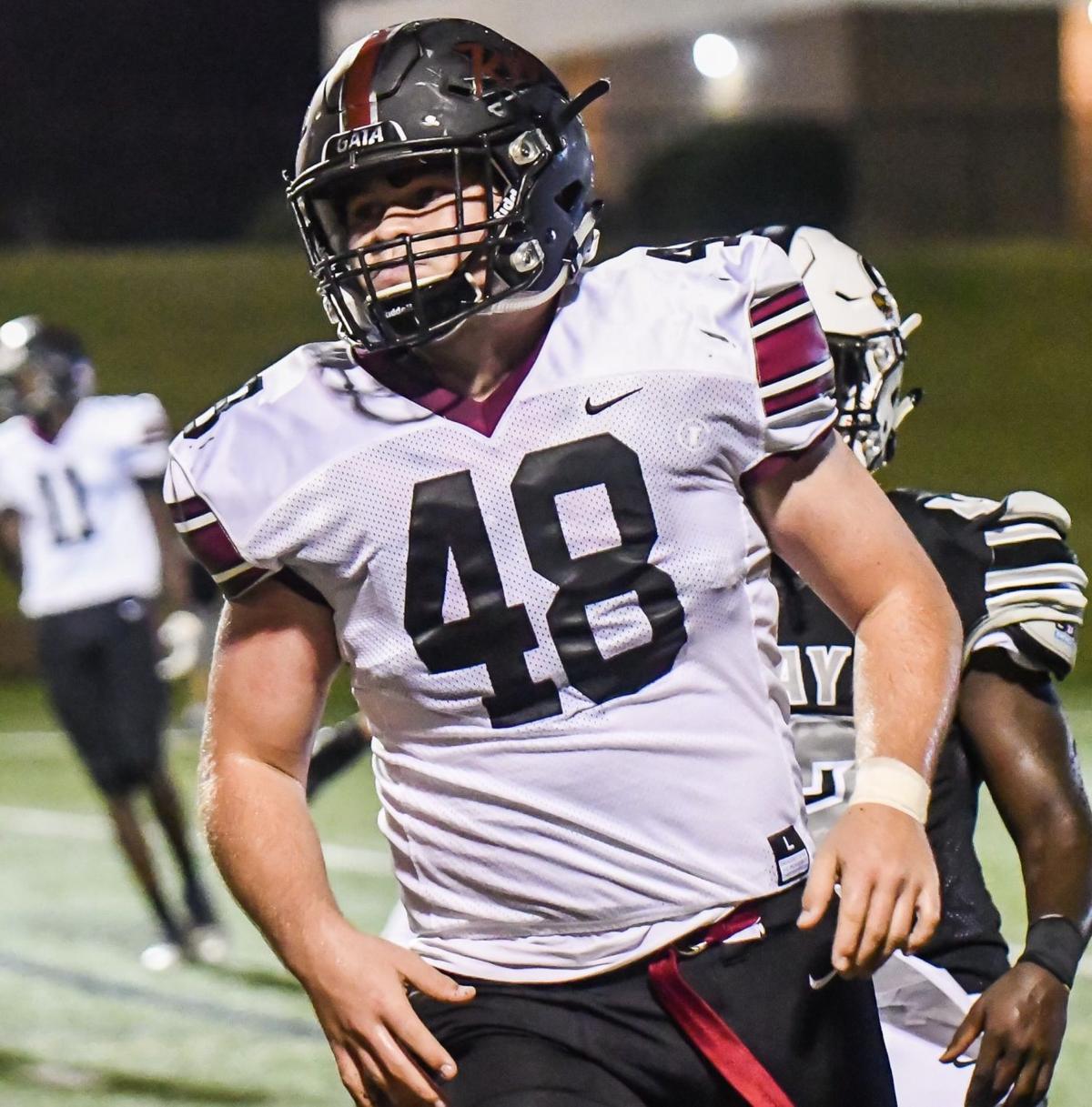 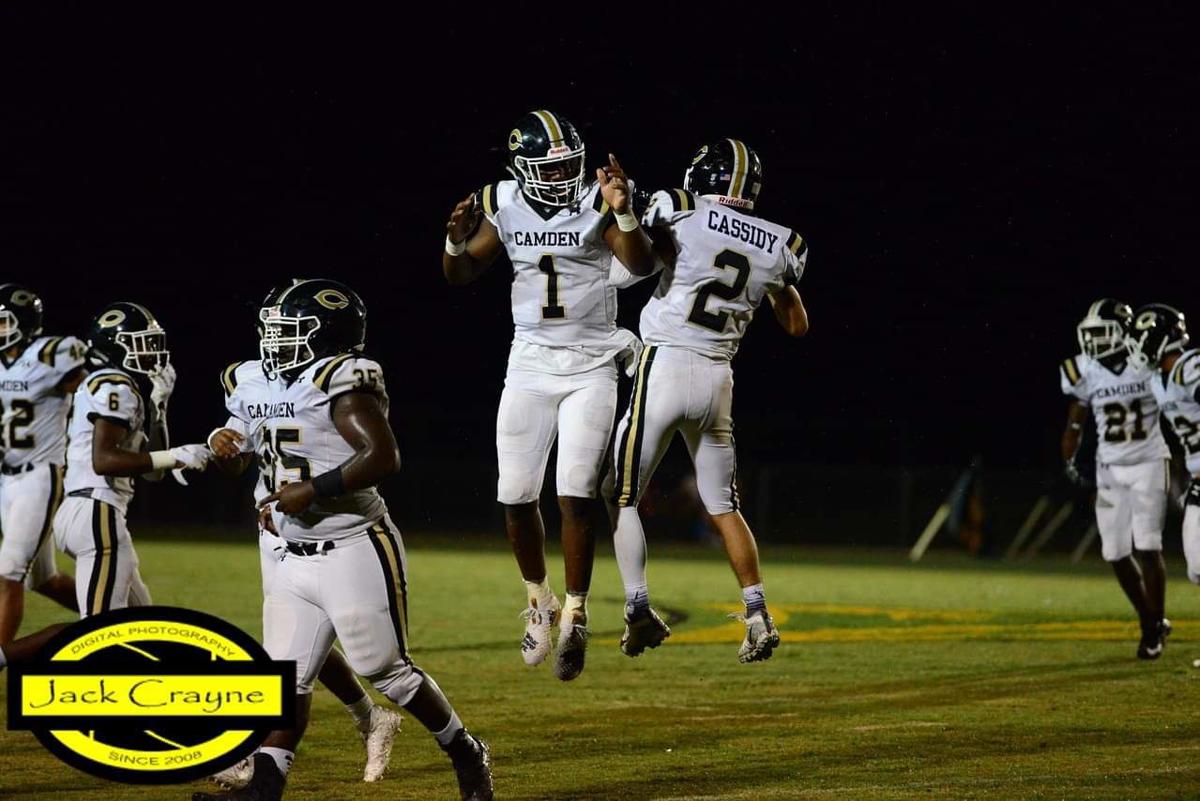 All games at 7:30
LUGOFF ELGIN (1-0) AT CAMDEN (1-0)
The Demons and Bulldogs have never met undefeated. Granted, they have only both won the first game of the season but the series does date back to 1978. The teams have only met a handful of times after one game as well. They have played all over the schedule from the first to fourth and for years it was the last game of the year. The cross county rivals, separated by a half mile bridge always get great fan support for this game. After LE upset Westwood last week, Demon fans are feeling a bit more confident. Camden put 64 on the board vs North Central, the other county rival. Both teams have lots of upside, but also plenty of questions. How good is the LE defense? Is the Camden offense truly that explosive? Willis Lane rushed for five Bulldog touchdowns in the win over North Central. He will be the key factor vs a LE defense that held Westwood to 125 yard of offense. I think we will find out just how good both these teams are when they square off. Another match up to watch could be Camden defensive end John Copley vs LE lineman Parker Clements. Copley is one of the two returning starters to Camden’s defense while the latter in Clements has received 20 college offers so far.
Camden leads the all-time series 31-8. The teams have exchanged victories the last two years with LE winning in 2017 and Camden taking last season’s meeting. The Demons are trying to go 2-0 for the first time since 2005.

BLYTHEWOOD (1-0) AT WESTWOOD (0-1)
The battle of the Wood gets underway Friday. Two teams separated by less than a mile sharing the town of Blythewood will be one I’ll have my eye on. A lot similar to LE/Camden. I truly believe Westwood is better than what they showed last Friday. So I expect them to play better. Even in the loss to LE, the defense was still impressive and I think that should certainly play a role in this game. For Blythewood, their 14-0 shutout of Ridge View was impressive. Is their defense that good? And the offense for the Bengals had a good night rushing, as they went for over 200 yards as a team. That is somewhat of a surprise to most considering they have an explosive QB-WR tandem in Josh Stickland and Josh Burrell.
Westwood leads the series 4-3. The Redhawks won last year 18-7.

MID-CAROLINA (1-0) AT CHAPIN (0-0)
One of the more underrated rivalries I think in the state is when the Eagles and Rebels square off. Two small towns that love their football and pack the house whenever they play. Some of their famous clashes have garnered nicknames amongst the community and fans like the “Lake Murray Miracle,” or the “Prosperity Prayer.” The two even met in 1985 at Newberry college for the Upper State Championship. I really enjoyed chatting with Coach Justin Gentry a few days ago. He said something interesting that folks should watch about this game. Chapin is sort of battling the unknown optimism of how well they think or really are. That’s not a knock on them at all. They just have not been able to compete in pre season. Weather has unfortunately not allowed the Eagles to play in as many scrimmages as they’d like. Their jamboree game vs Westwood was rained out and a scrimmage with Belton-Honea Path was unable to get underway due to heat. The team even made the trip to BHP, only to turn around and come back. So Gentry was quite optimistic going into the season in talking about what he had. He was still excited about his group of kids, thinking that this group is very talented and has potential. I do know the Eagles have great size up front on the offensive line including Thorton Gentry. In fact, the Eagles might have one of the tallest and biggest O-lines in the Midlands. One thing is for sure though, Chapin needs no motivation in getting ready for their rival. So it’ll be a good way to see just how good his team is in week 1.
Chapin leads the all-time series 44-16.

AIRPORT (1-0) AT BROOKLAND-CAYCE (0-1)
The Airport Eagles are gaining steam after that 41-7 win over Dreher last Thursday. In the victory, the Eagles rushed for over 400 yards. Something that Coach Kirk Burnett said hasn’t been done in over 12 years. They have electric skill players led by Nanders Lawrence. I’ve spoken to some coaches who have seen Airport in scrimmages and they were all impressed with not only the speed but the blocking of the Eagles. As for BC, they lost some talent from a year ago and it may or may not be a transition for them finding guys to fill those spots. Last week’s loss to White Knoll had to sting in more ways than one for the Bearcats considering they only scored 13 points. Last season the team averaged over 30 per contest. So they have much to figure out on that side of the ball, it would seem. Coach Rusty Charpia is depending on some senior leadership on his defensive front with Hampton Shuler, KJ Blackmon and Demonie Jones to slow down the Eagles’ running game. This is always a fun one, and a good crowd.
Airport leads the series 46-30. The teams split last year. They play once in non-conference and again in the region slate of the season.

DUTCH FORK(0-0-1) AT SPRING VALLEY(0-0)
If there was ever a time to face Dutch Fork, this just “ain’t it.” The Silver Foxes are coming off that 27-27 tie vs North Carolina powerhouse Mallard Creek or as Coach Tom Knotts called it, “like kissing your sister.” DF will be looking to bounce back in a big way. For Spring Valley, its been no secret this off season that they have changed up from the triple option to the spread passing attack. Talking with Coach Robin Bacon last week, he told me he has two talented quarterbacks that will both see time. He always seems to have some talented receivers, too. On defense, it’s going to be a tough task slowing down the dynamic duo of Ty Olenchuck and Jalin Hyatt forDutch Fork. The

Vikings always seem to have what I call “dudes” on defense so we will see what type of attack they bring in 2019. Always curious to see how a powerhouse like DF responds after a game like they had vs Mallard Creek. Lots of questions will be answered this week for both teams.

OTHER GAMES TO WATCH
WAYNE HILLS(NEW JERSEY) AT RIDGE VIEW
Sort of random but SC meets NJ in this one. Ridge View will host the defending state champs from the state of New Jersey in Wayne Hills. It will be intriguing to see how the Blazers not only bounce back on a short week after playing Monday (14-0 loss to Blythewood) but also how SC shapes up against a school from the north.
NEWBERRY AT ABBEVILLE
Two of the traditional powers and future Hall of Fame coaches go at it. Really good measuring stick to see just how good both these teams are in their respective classes. Newberry leads the all-time series 4-3.
KEENAN AT IRMO
I totally expect Irmo to look better here. They have a lot of young guys just waiting to break out from what I’m told. Even though Keenan is coming off a season opening win, the Yellow Jackets should be able to have some scoring opportunities against the Raiders. I’ll be interested to see the final in this one.
BATESBURG LEESEVILLE VS GILBERT
UNION AT AC FLORA
GRAY COLLEGIATE AT SWANSEA
CAROLINA FOREST AT LOWER RICHLAND
DREHER AT LEXINGTON
LANCASTER AT FAIRFIELD CENTRAL
RNE AT RIVER BLUFF