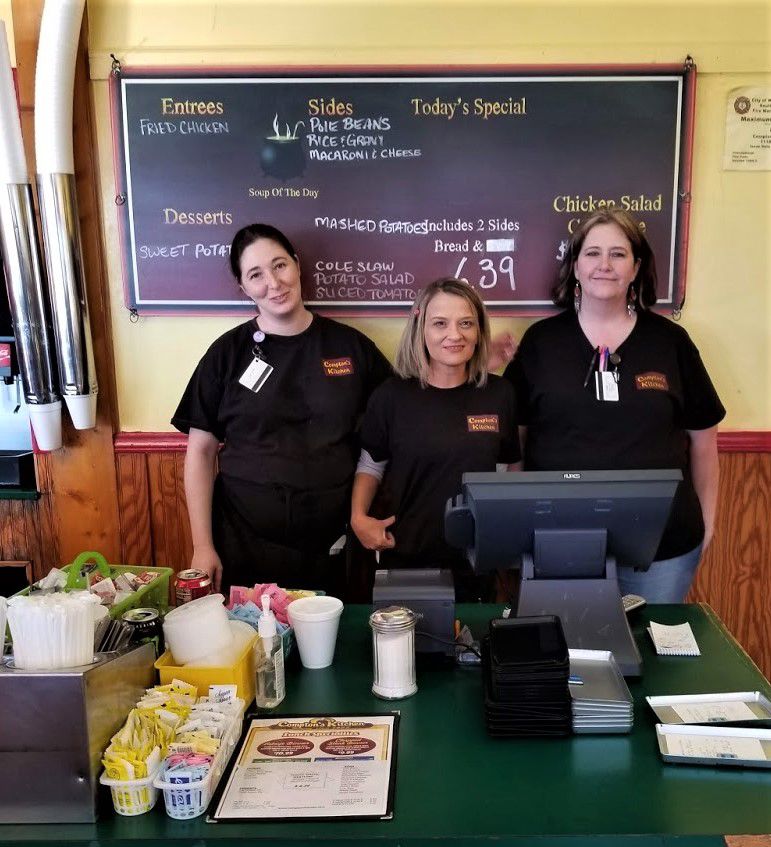 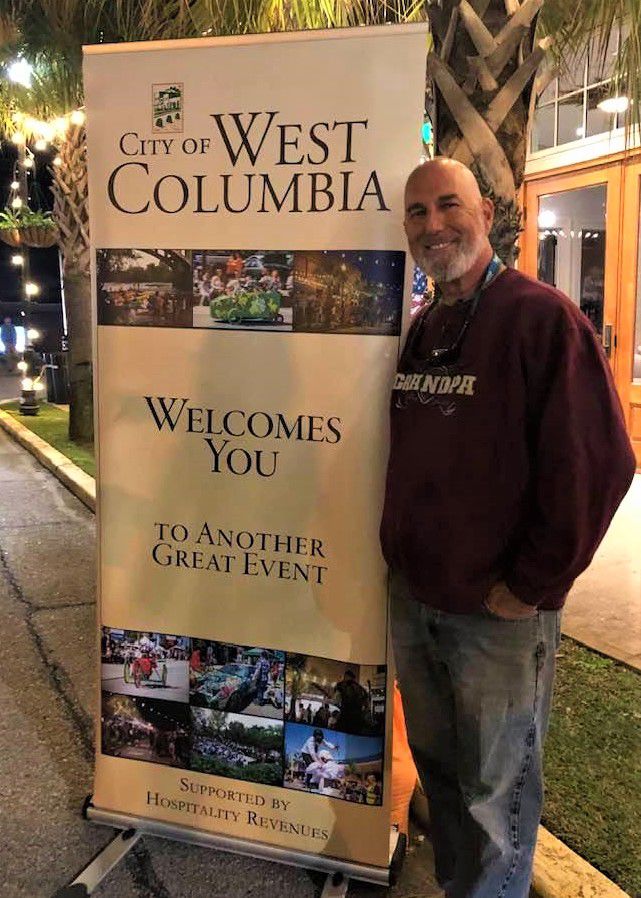 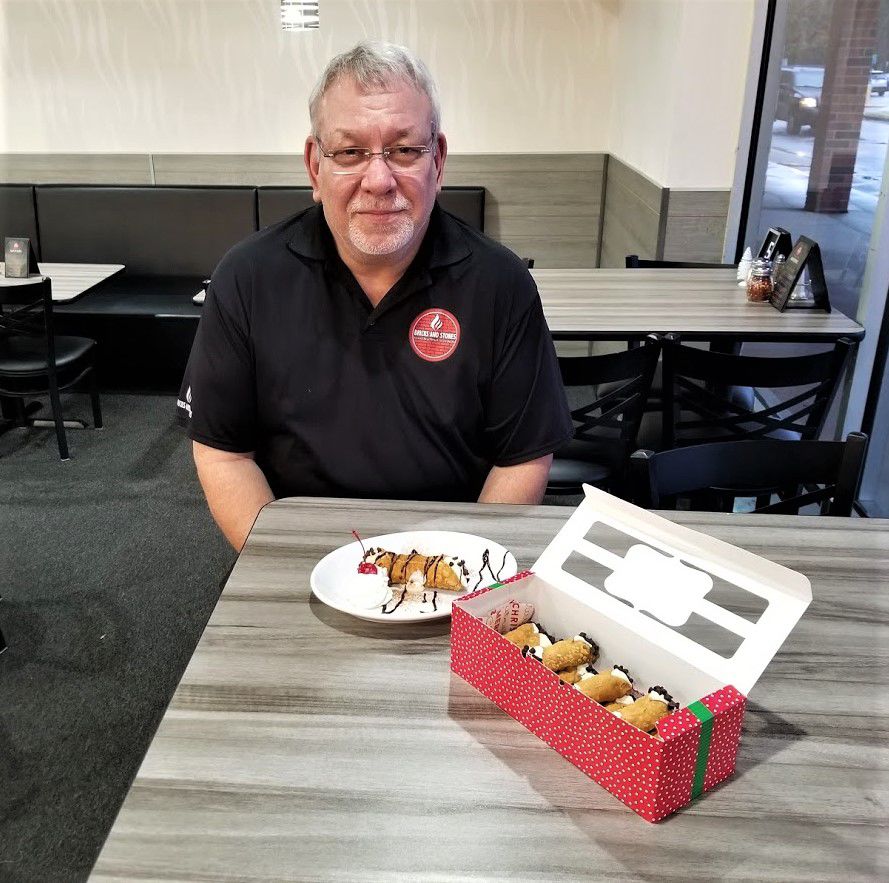 Bob Close of Bricks and Stones Pizza Company with his cannoli 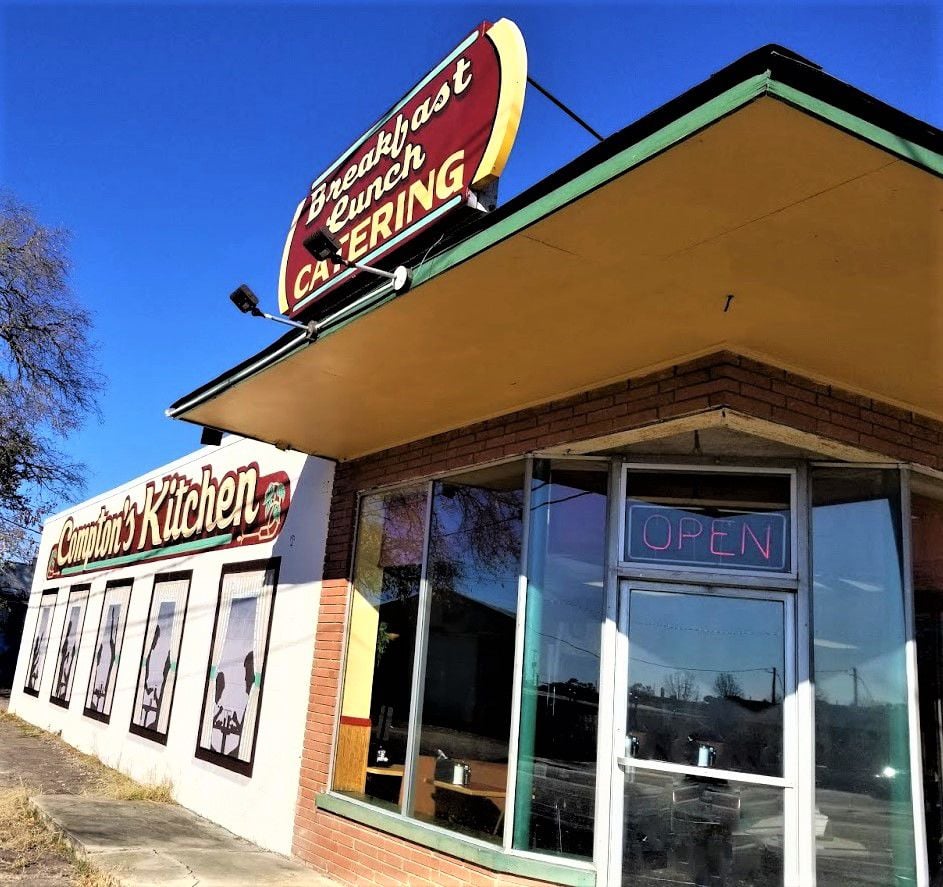 Bob Close of Bricks and Stones Pizza Company with his cannoli

From Cafe Strudel and Terra to Bricks and Stones Pizza Company and Compton’s Kitchen, West Columbia has some of the most popular restaurants around. And the Christmas season is one of the busiest times of the year for those establishments.

Terra is a unique and fashionable neighborhood bistro that highlights local products. The restaurant’s menu changes weekly. Some of the specialties include: hand cut steaks, chops, and fresh fish. Entrees are served with -seasonal produce. Terra also offers a world-class wine list and lots of bar selections.

While Terra is a premier locale for fine dining, there’s home-cooking in West Columbia too.

Martha Cooke is the owner of Compton’s Kitchen. It’s open daily at 1118 B Avenue. “We work long hours to keep up with the demand of the holidays,” Cooke said. “We come in at 3 a.m. and start getting ready for all the orders.”

Cooke said Compton’s caters for office parties and other holiday get-togethers beginning at Thanksgiving and running through Christmas.

“We put together Christmas packages with it all,” said Cooke. “Ham, turkey, gibbet gravy, rolls and pies.”

One of the holiday favorites featured by Compton’s is the sweet potato souffle. “It has pecans and a marshmallow topping,” said Cooke. She also said Wednesday morning Compton’s delivered 450 sausage and ham biscuits for two holiday gatherings.Compton’s is not open on Christmas day, but Cooke said she prepares meal packages for pick-up that can be warmed and consumed for Christmas dinner.

Cafe Strudel is another top State Street restaurant that is bustling during the holidays. Owner Trip Turbyfill not only hustles for his clientele, he likes to prepare a special recipe for his family at Christmas.

“It’s called Company Carrots,” he said. It includes two pounds of peeled carrots, one-half cup of mayonnaise, and a tablespoon of minced onions, and a tablespoon of horseradish. Also in the recipe is a half-cup of fine bread crumbs, two tablespoons of margarine, paprika, parsley and salt and pepper. Trubyfill said bake it for 20 minutes at 350 degrees.

While turkey and ham may be holiday meal essentials for some, Bricks and Stone Pizza Company at Woodberry Plaza at 3230 Augusta Road in West Columbia, dessert is featured. “We sell a lot of cannoli around the holidays, said Bob Close, owner. He said he uses ricotta and marscapone cheese in his cannoli.

“We press all of the excess moisture out of the cheese,” said Close. “It’s so smooth and creamy. Very sweet.” Once the cheese is prepared, Close said it’s piped into the crust and topped off with a line of chocolate. “We box them up and we sell them for Christmas,” he said.