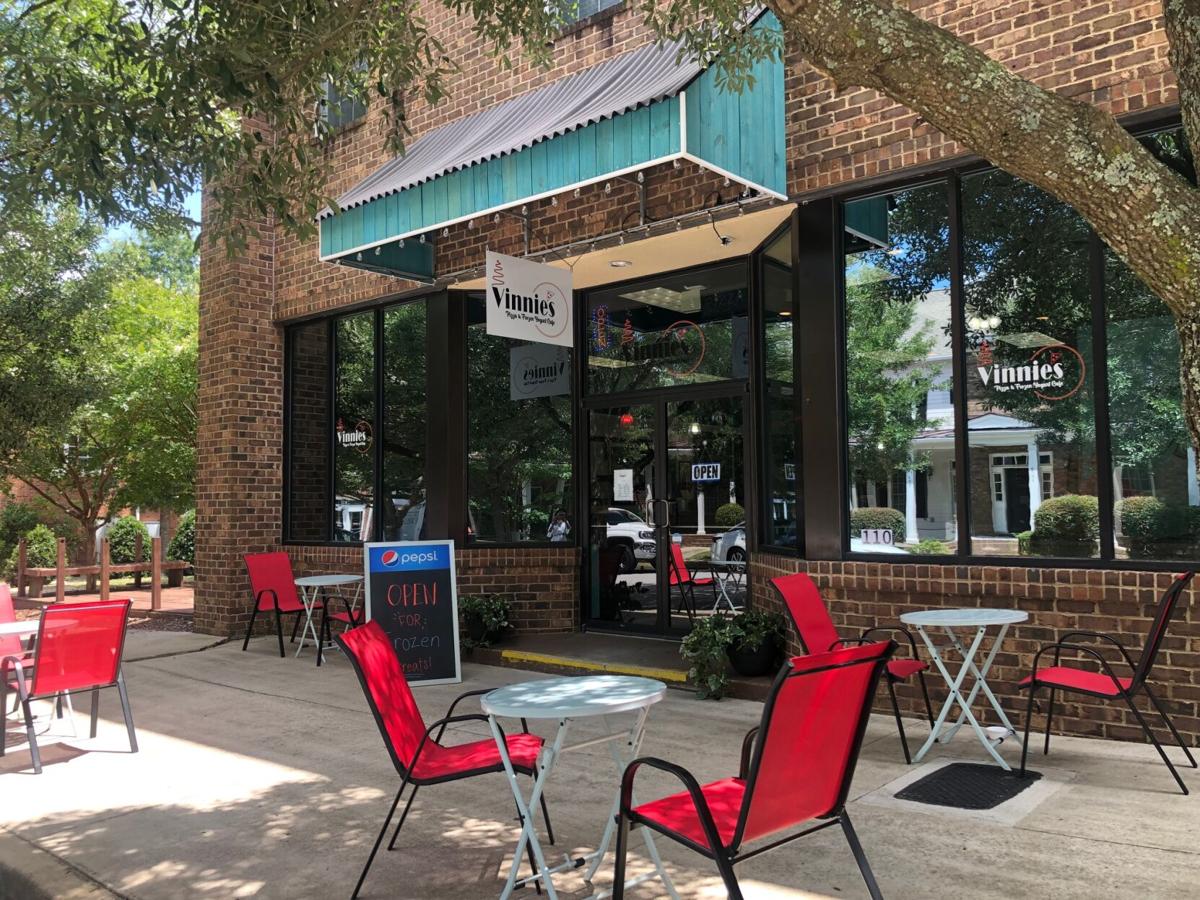 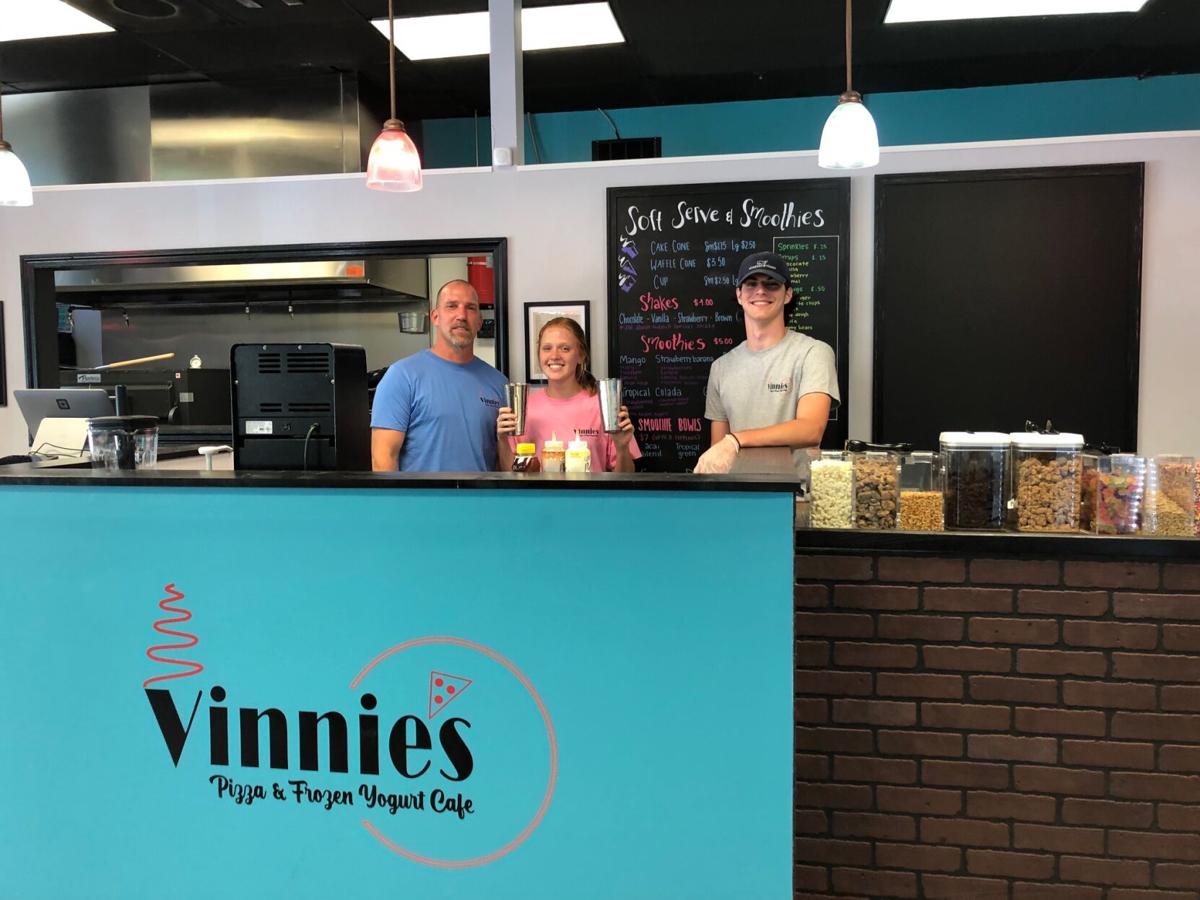 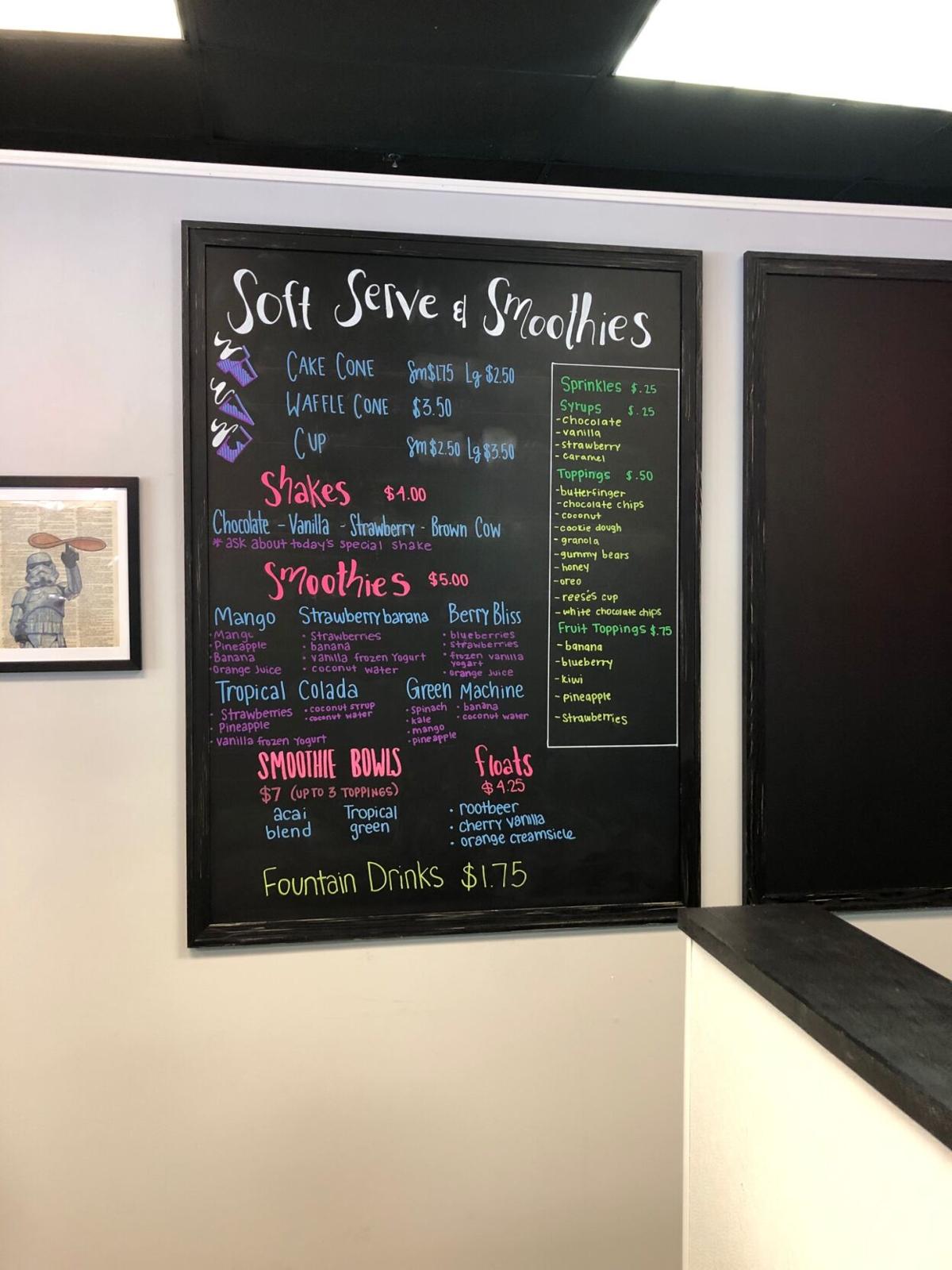 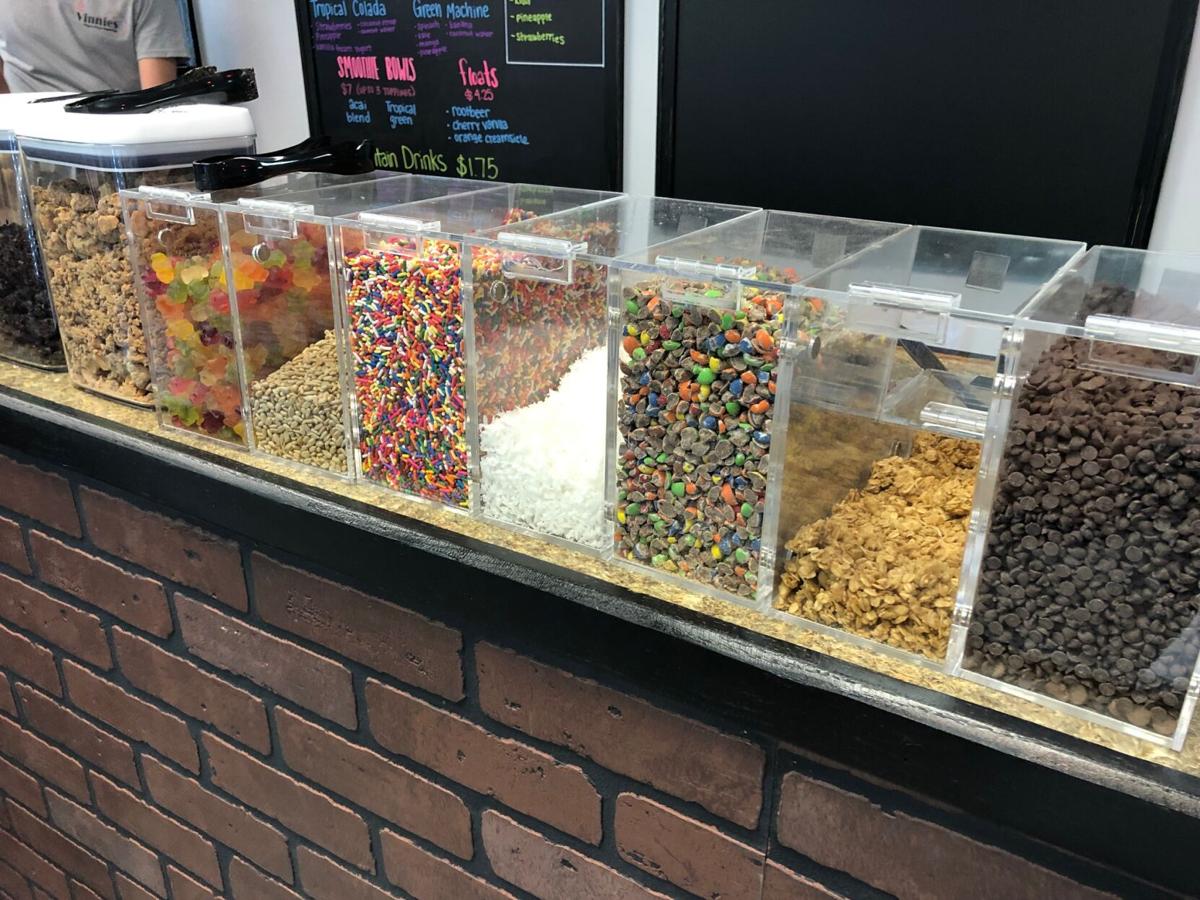 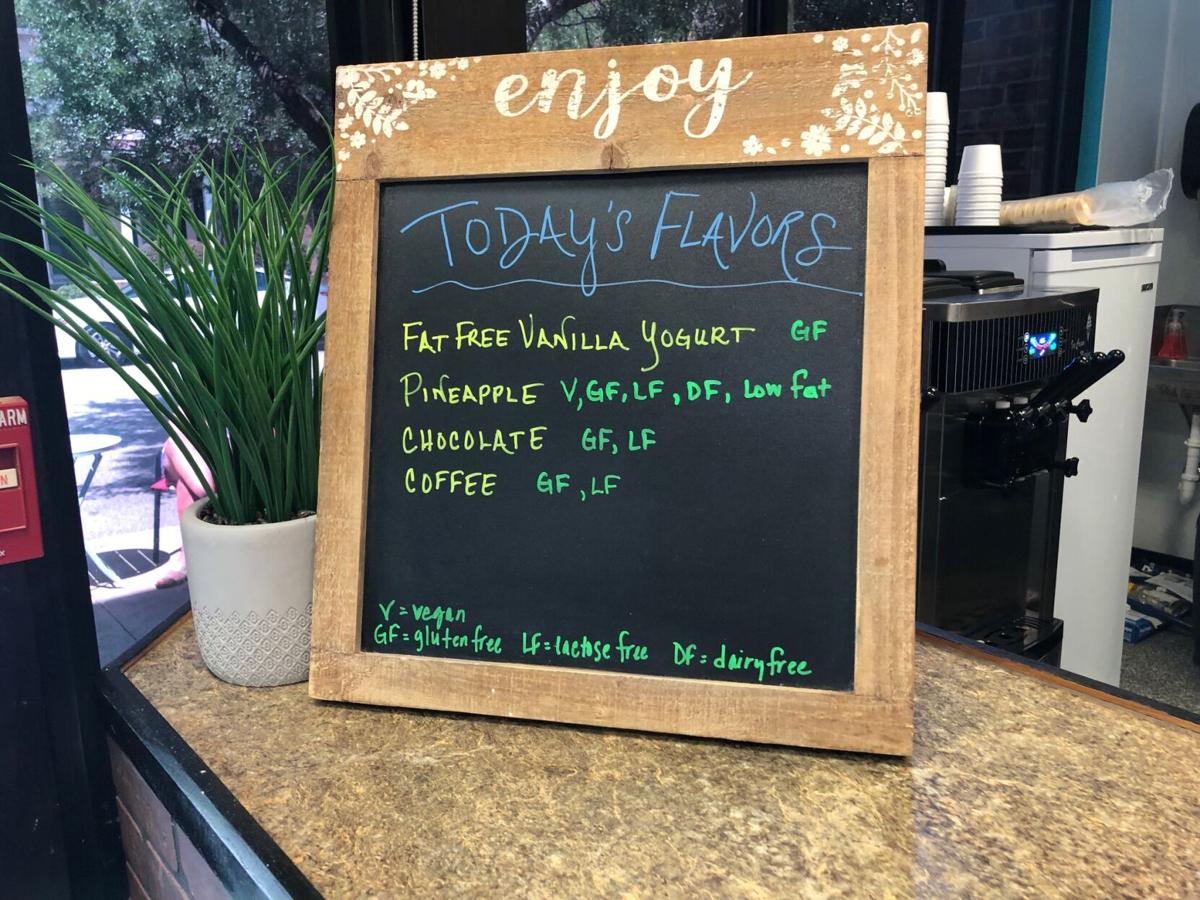 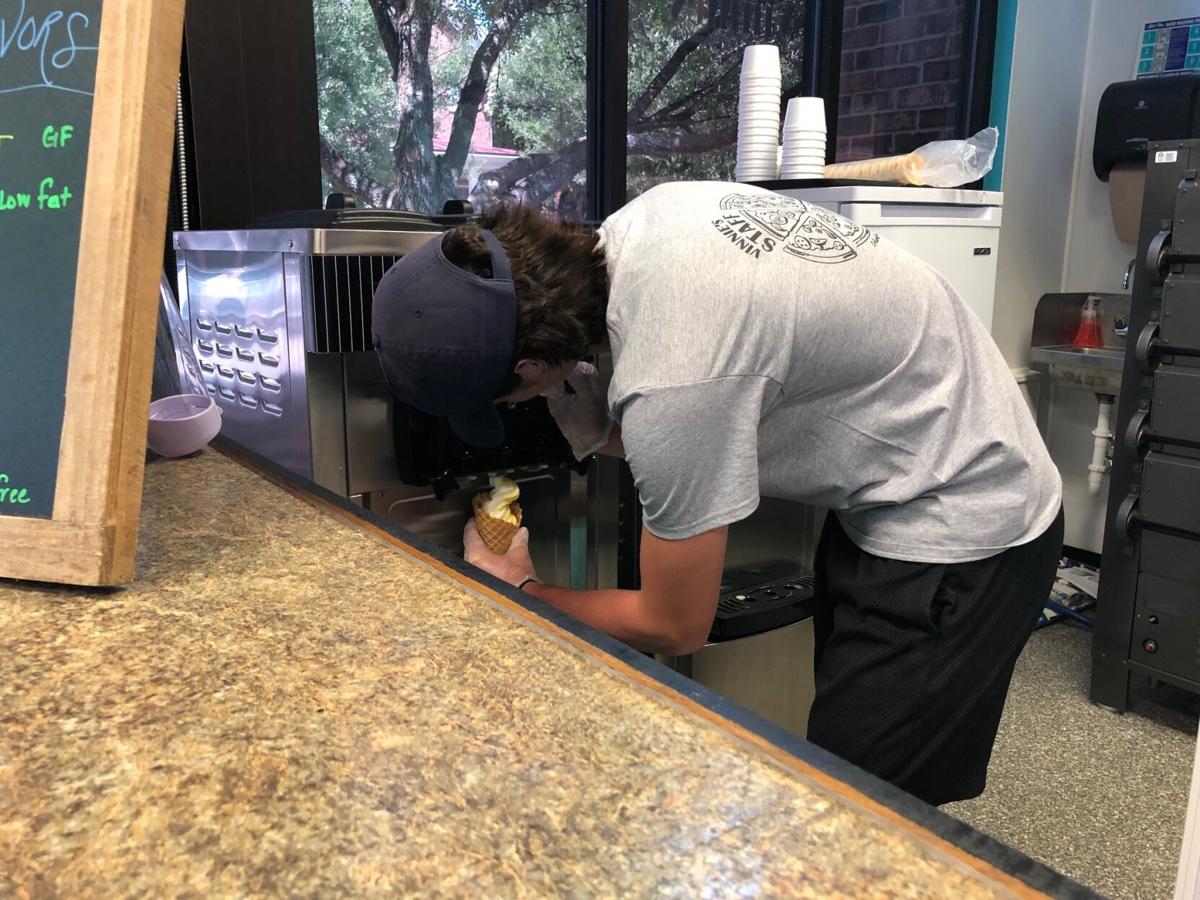 The Lake Carolina neighborhood welcomed a new business to the block Wednesday with the opening of Vinnie's Pizza & Frozen Yogurt Cafe.

"It’s named after my brother, my brother Vince, it was kind of a tip of the hat to him," owner Anthony Grieb said. "We live in the neighborhood, we’ve been here for ten years and we’ve heard the swirls of what people want and it’s been pizza and some healthy smoothies, things like that, frozen yogurt, so we decided to give it a whirl."

Grieb and his family relocated to the Midlands from Michigan 10 years ago, trading cold weather and gray skies for warmer, sunnier weather. He said that he and his brothers have vacationed in Myrtle Beach for 25 years and decided to make the shift to call South Carolina home.

"When we got to this neighborhood, every cul de sac had a basketball hoop in it, the parents were out on lawn chairs, the kids were playing and at that time, 10 years ago, my kids were eight and six, so it worked out perfect," said Grieb.

During the store's soft opening Wednesday, Vinnie's offered their frozen yogurt selection including chocolate, vanilla, Dole pineapple and coffee flavors. The chocolate and vanilla will be permanent flavors while the other two will rotate. Customers can choose from 14 different topping options ranging from fresh fruit to gummy bears.

Other menu items at Vinnie's include milkshakes, smoothies, acai bowls, spinach and kale bowls and New York style pizza. Grieb said the restaurant will begin serving pizza next week after the completion of equipment setup.

Pizzas will come in two sizes along with a variety of toppings and sauces and the restaurant will offer a gluten-free crust option as well.

Grieb noted the vast community support he's received during the process of opening his business.

"It's been amazing," he said. "As an example, the pizza oven was dropped off at my front door, it weighs 750 pounds, and I sent out a Facebook post and five minutes later 10 trucks pulled up and 10 guys came and helped me carry it in. It’s a family, the community is definitely a family."

Vinnie's Pizza & Frozen Yogurt Cafe is currently open offering frozen treats, and the menu will expand to include pizza next week. The restaurant is located 300 Long Pointe Ln., Columbia, just beside Blythewood.