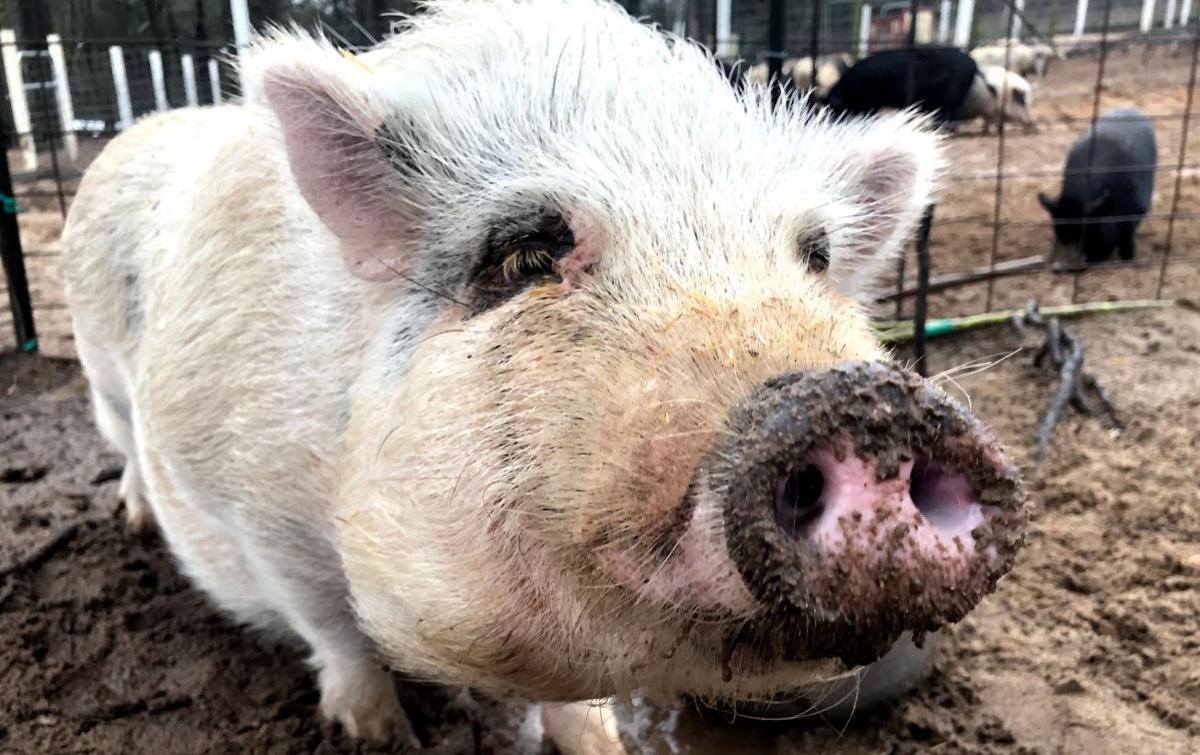 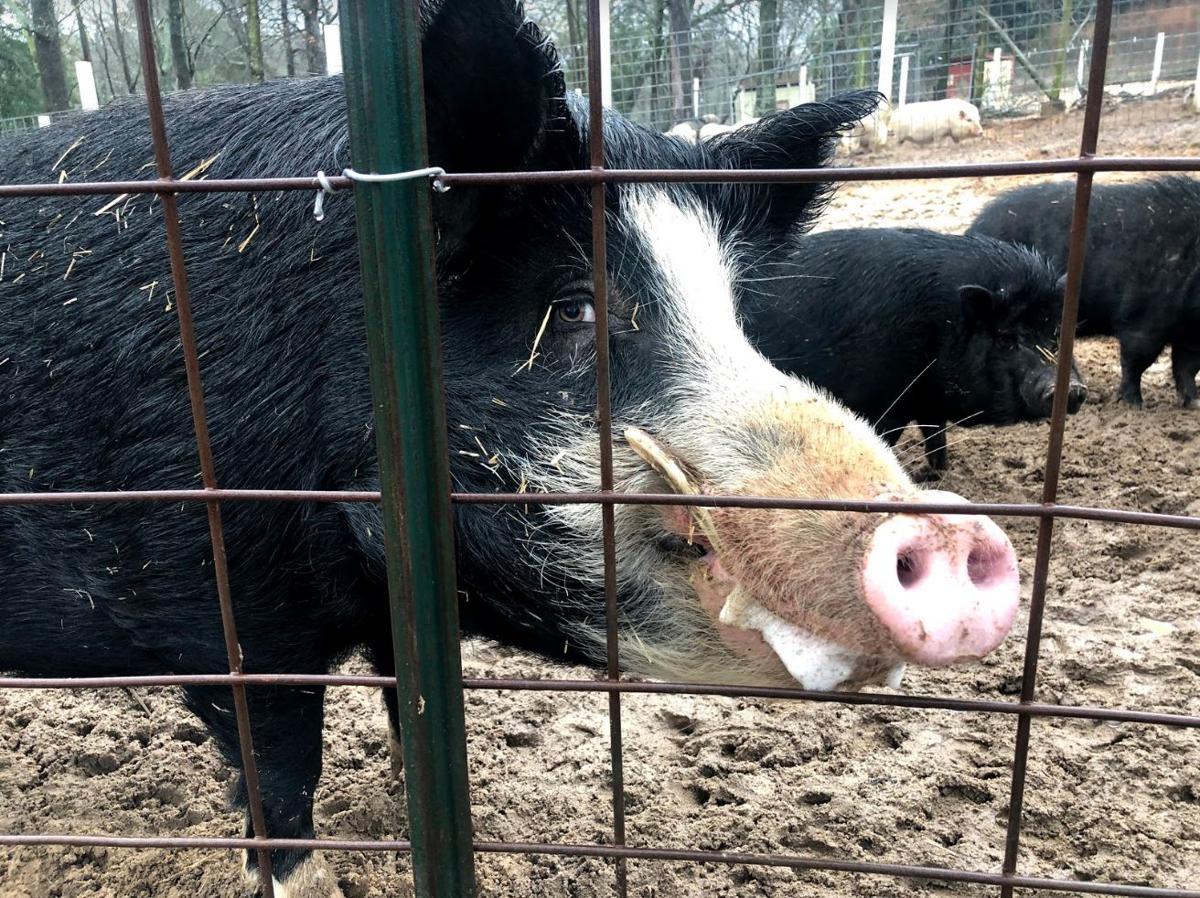 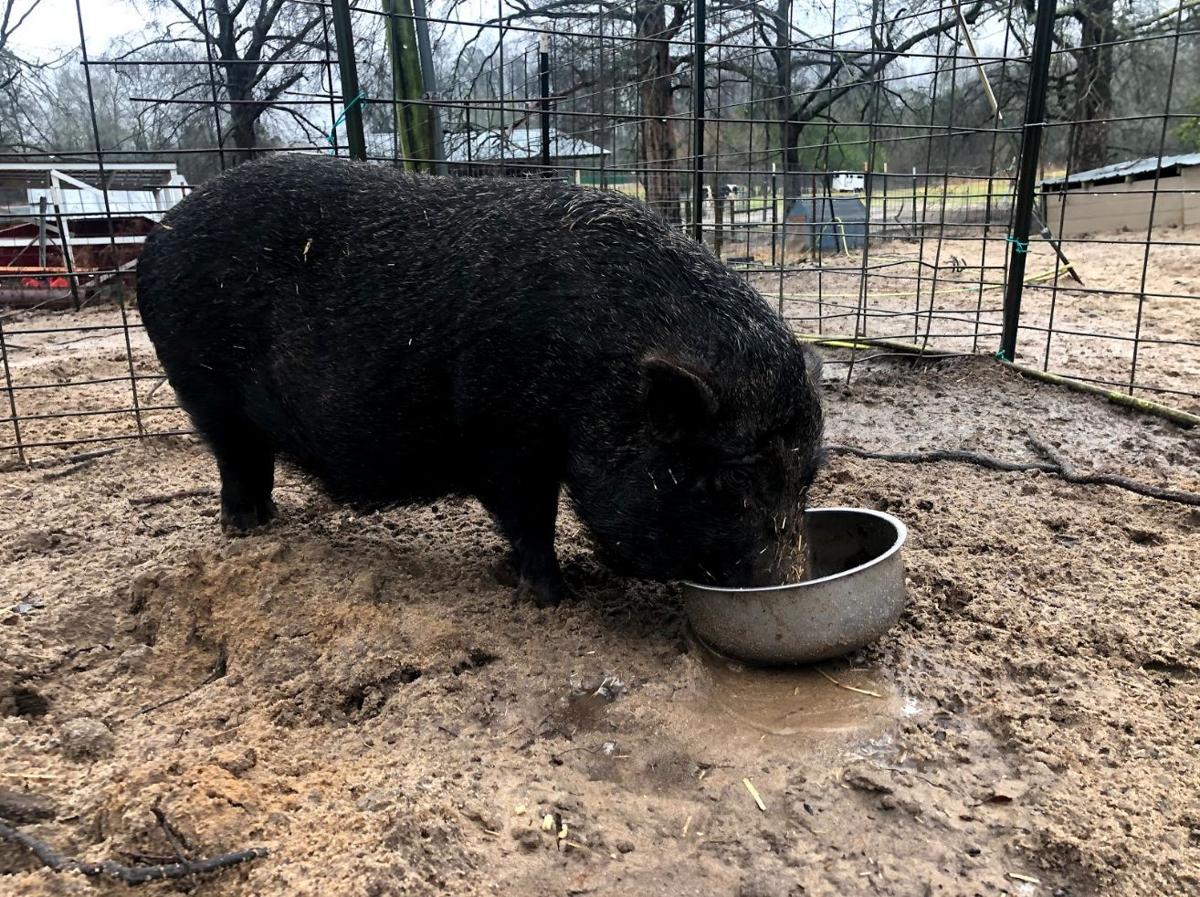 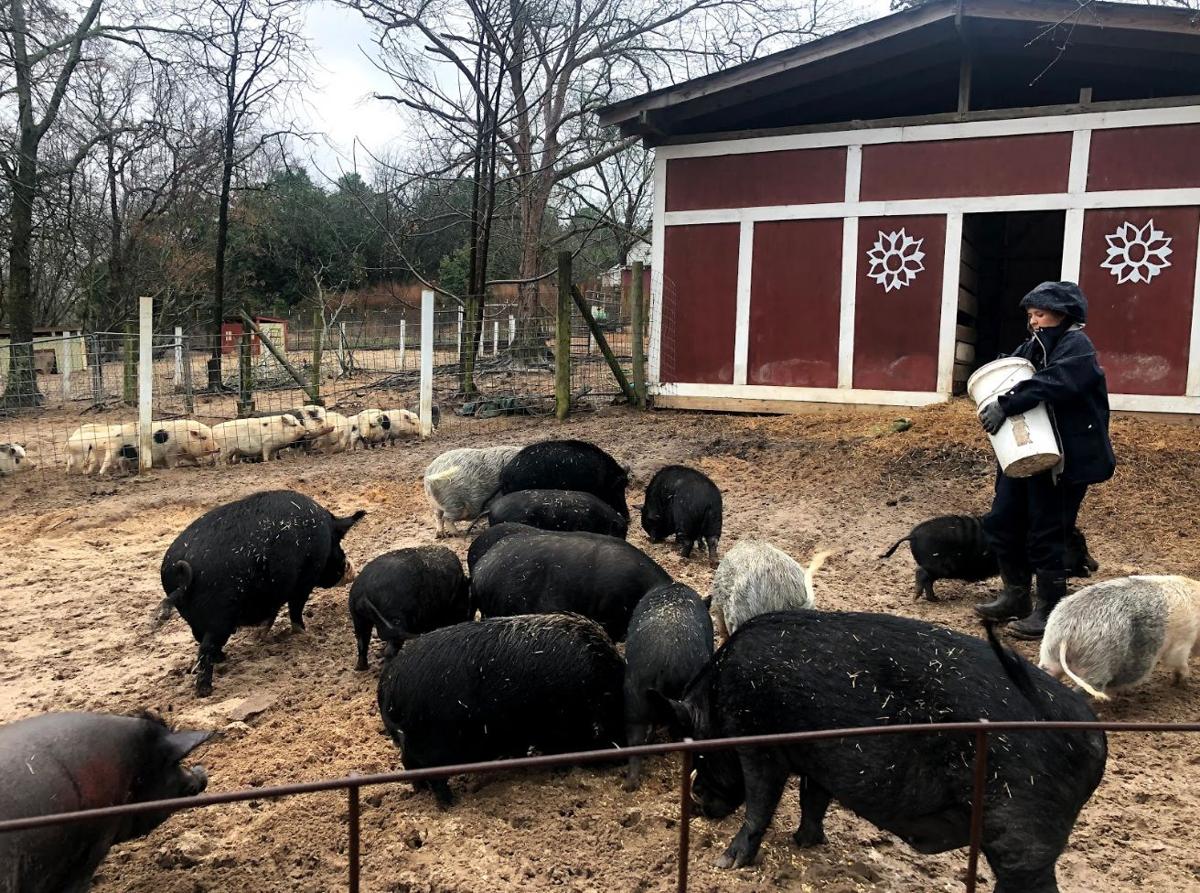 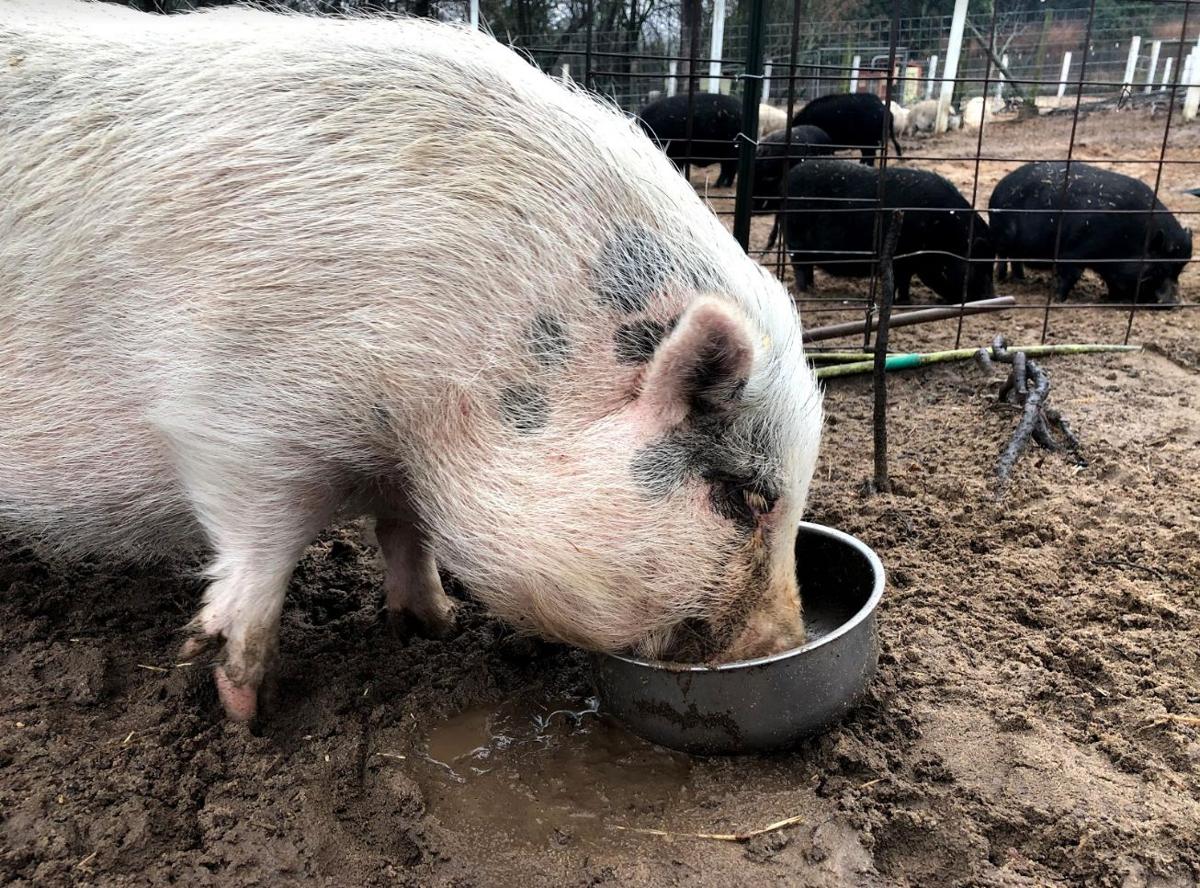 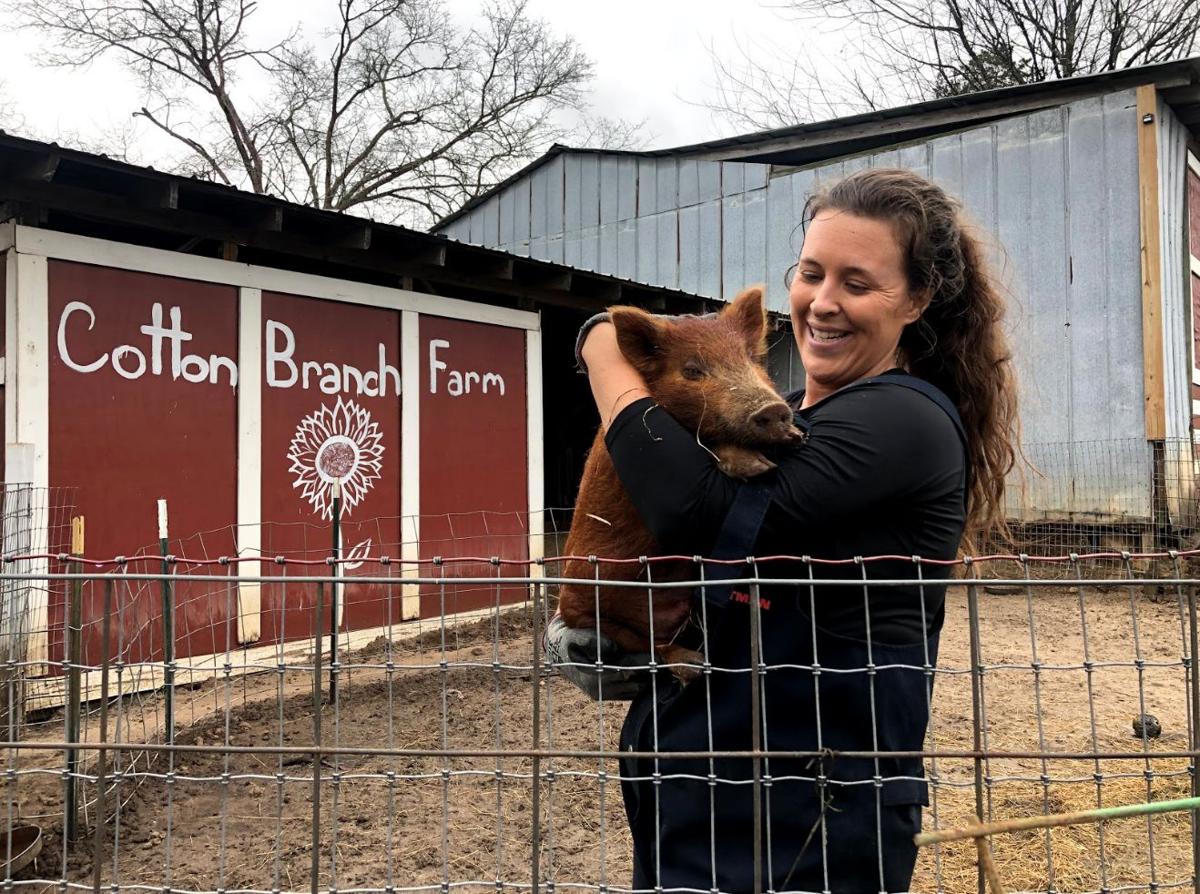 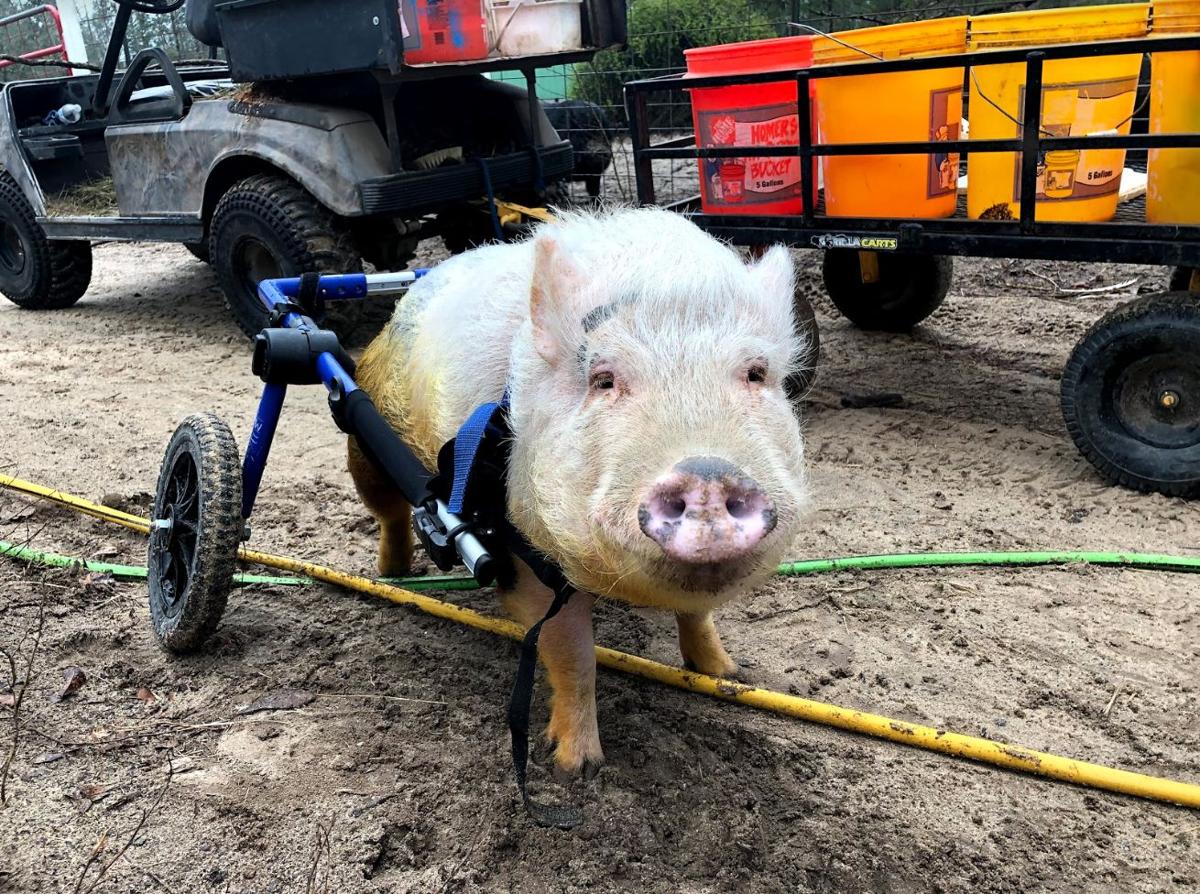 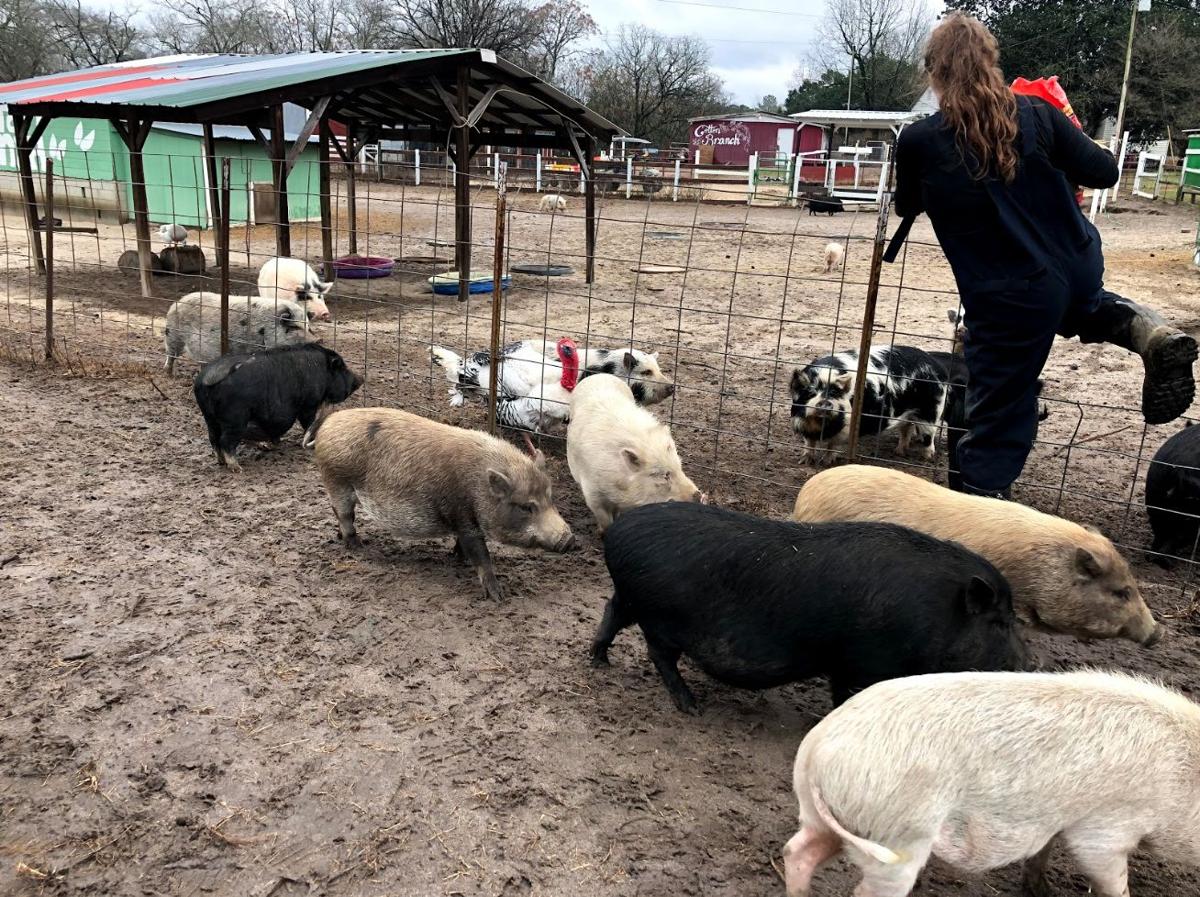 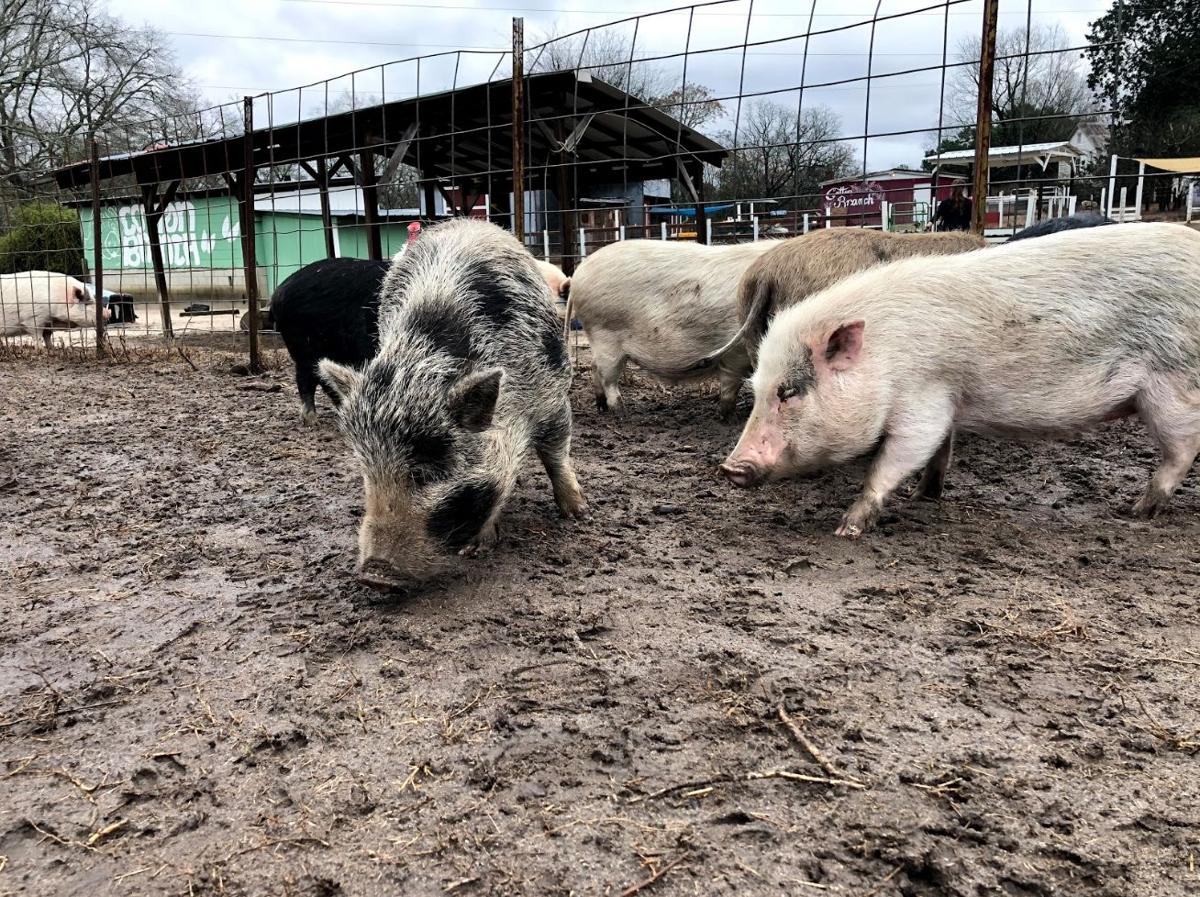 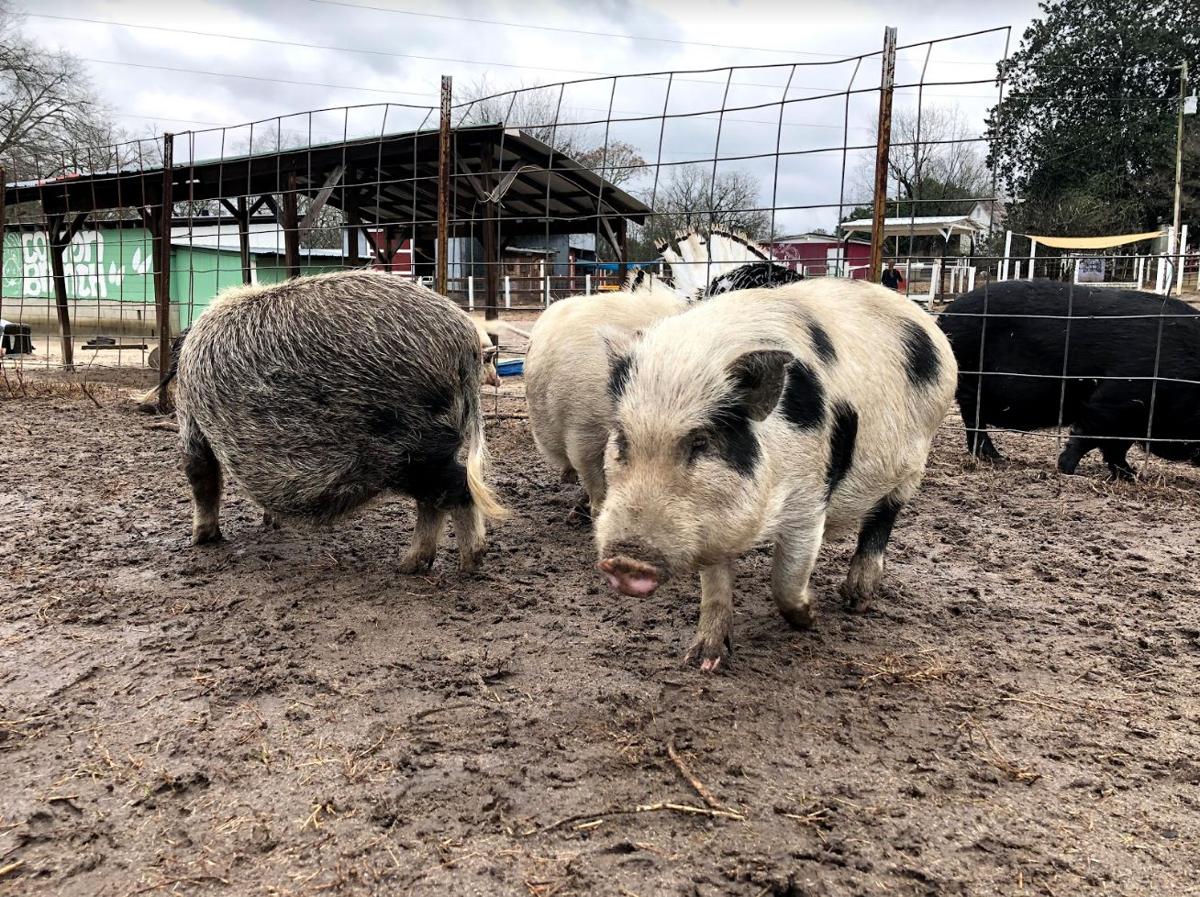 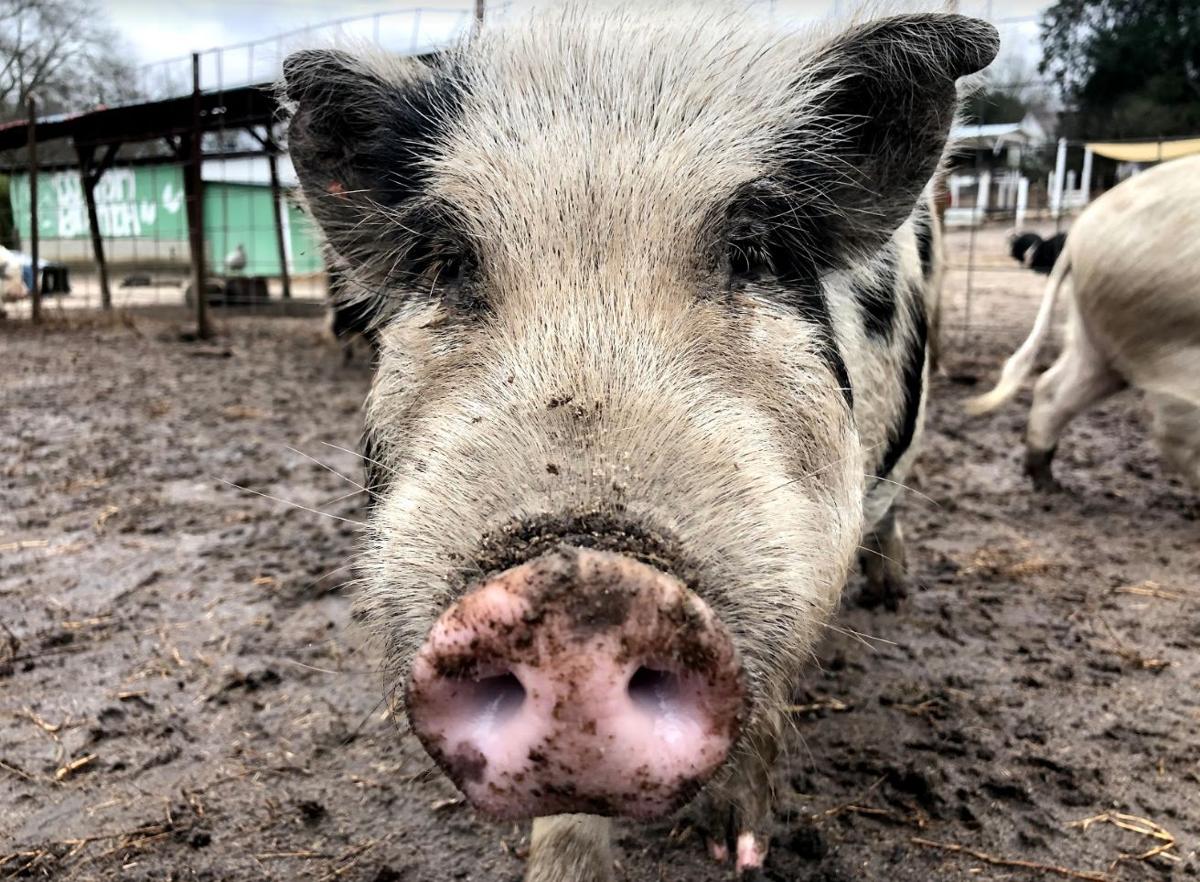 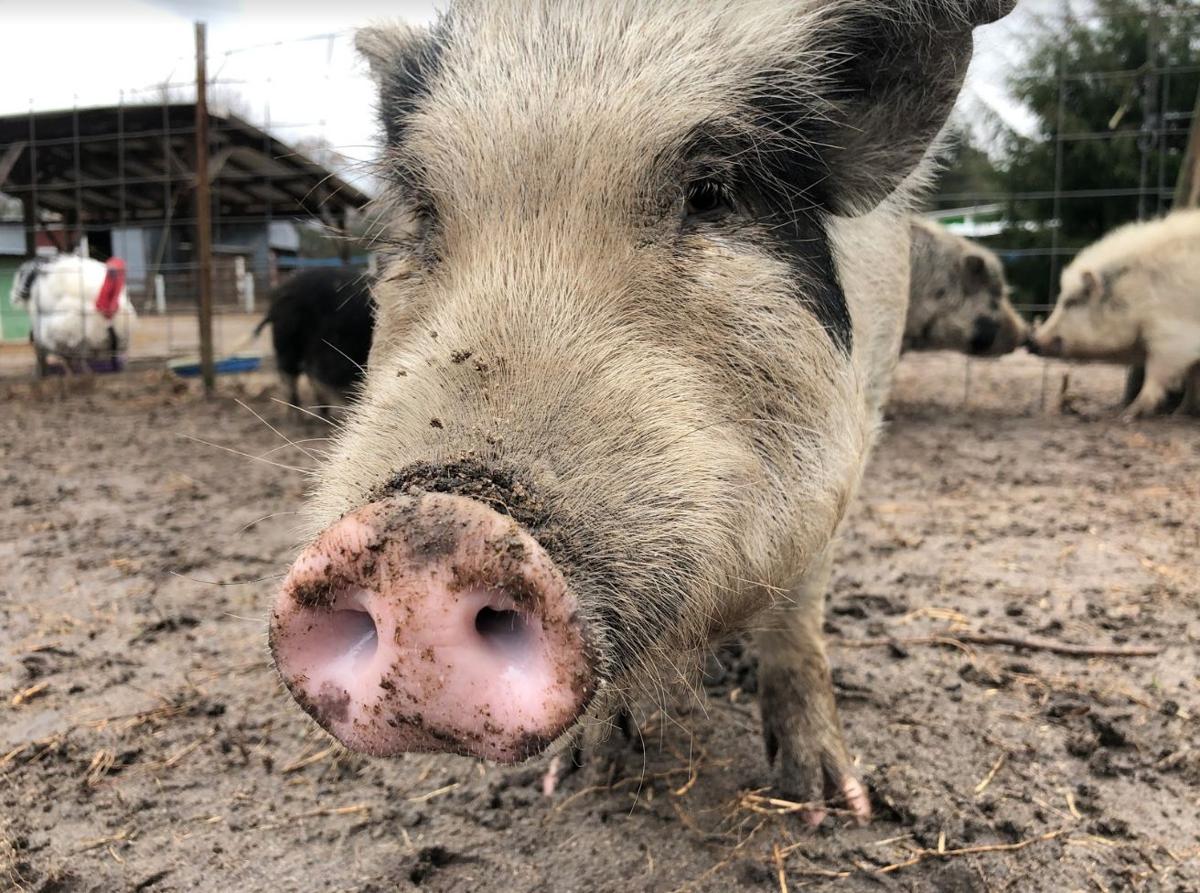 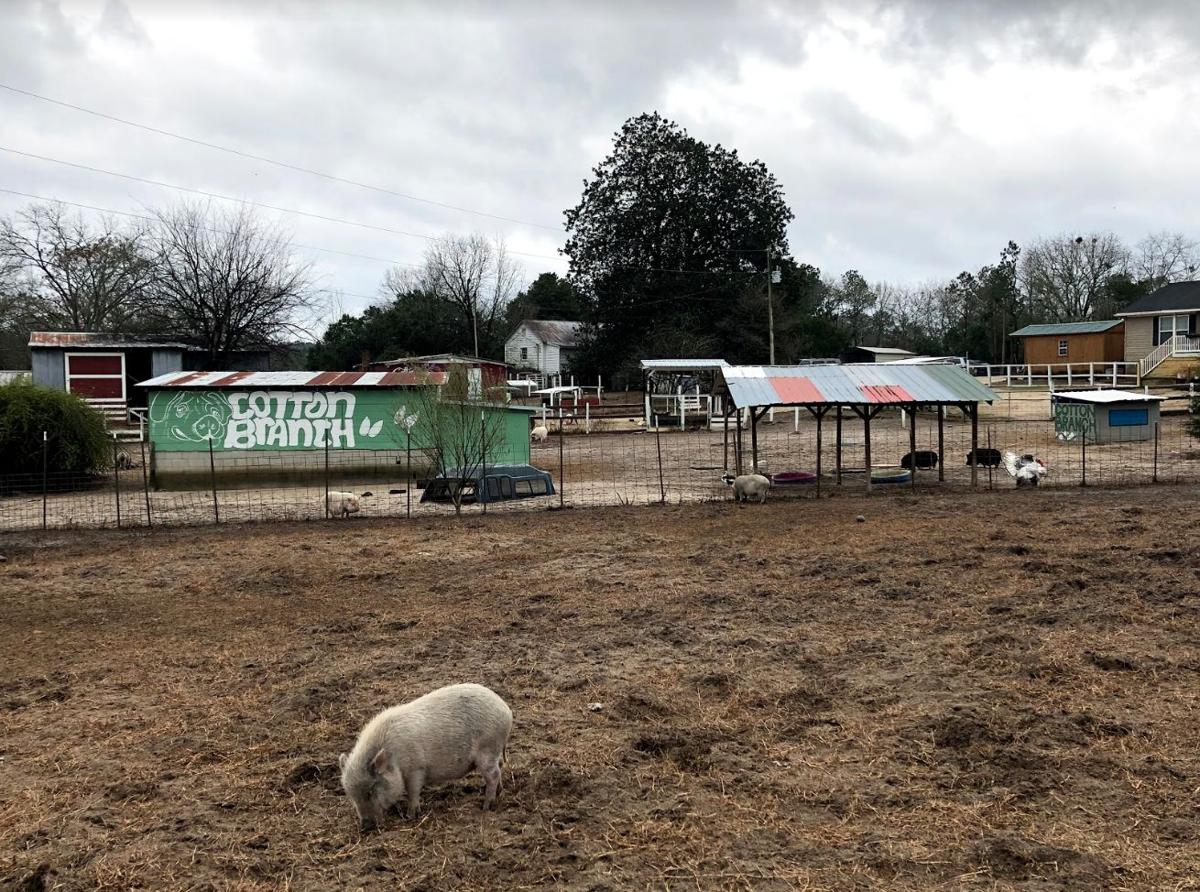 Cotton Branch Farm Sanctuary in Leesville is giving animal-lovers a chance to spend time with some special squiggly-tailed, mud-loving mammals. Piggy Cuddlers is part of the farm’s volunteer program which allows the public to socialize with the 100 remaining pigs that were brought to Cotton Branch from Kentucky in December of 2018.

According to Cotton Branch animal caretaker Tiffany Hargenrader, hundreds of pigs on a northern Kentucky farm were found in terrible conditions in 2018 after the farm’s owner failed to maintain the rapid population growth of the pigs.

Hargenrader recalled the alarming sights at the Kentucky farm. "The conditions were so awful, there was a huge number of animals living in a tiny bit of space. There were dead pigs on the property and pigs that were severely malnourished," she said.

The state of Kentucky left a very small window of time before the pigs would be euthanized, which influenced Cotton Branch’s decision to relocate 250 of the neglected pigs to their Leesville farm. Since bringing the pigs to South Carolina, approximately 150 of them have been adopted.

Hargenrader began working at Cotton Branch as a piggie cuddler and then became a regular volunteer. Soon after, she accepted a full-time position as an animal caretaker. Having around 300 animals to tend to each day, she begins her day early feeding and administering medication to the animals. “Food and water take about an hour and a half,” said Hargenrader.

The Piggy Cuddler program has seen a tremendous public response, as volunteers from all over the state have signed up to spend time with the animals. Hargenrader said the program gives the pigs a chance to trust humans again, which has been successful through the help of volunteers. In a standard two-hour shift, volunteers are given a tour of the farm, and are shown how to socialize with the pigs, through petting and even talking to them. This process helps the animals familiarize human movements and sounds.

Among those rescued, a very special pig named Teddy fought the odds against him and has become one of Cotton Branch’s most well-known animals. After Teddy was rescued, farm management noticed that he was ill and after many visits to the vet, a MRI, and a trip to the University of Tennessee’s veterinarian facilities, doctors discovered that Teddy had an inoperable tumor on his spine, leaving his back legs paralyzed. After hearing the news, Hargenrader and the Cotton Branch team took action. "As soon as we found out, we jumped on getting him a wheelchair, and it took very little time for him to adjust.”

Many of the pigs at the sanctuary are available for adoption, but Hargenrader is quick to remind those interested that it is a very in-depth process, not to make it difficult, but to ensure that the pigs are going to a well-equipped forever home.

Certain areas are not zoned for pigs as pets, and many individuals often forget that these animals can weigh nearly 150 pounds in their first year of life.

On behalf of the entire farm staff, Hargenrader expressed their appreciation for the pigs. "We feel like we get as much from the animals as they get from us.” The staff at Cotton Branch invited those interested in giving their time to sign up online, whether it is for the Piggy Cuddling program, feeding animals, or any other volunteer opportunities available. More information and volunteer signup can be found at cottonbranch.org.