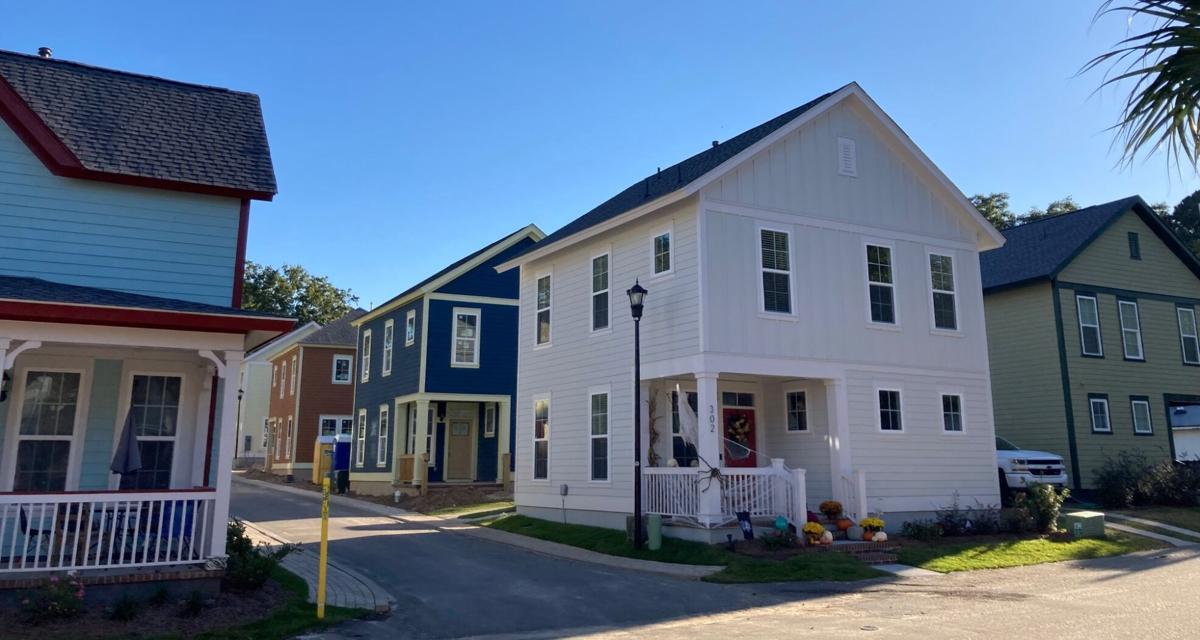 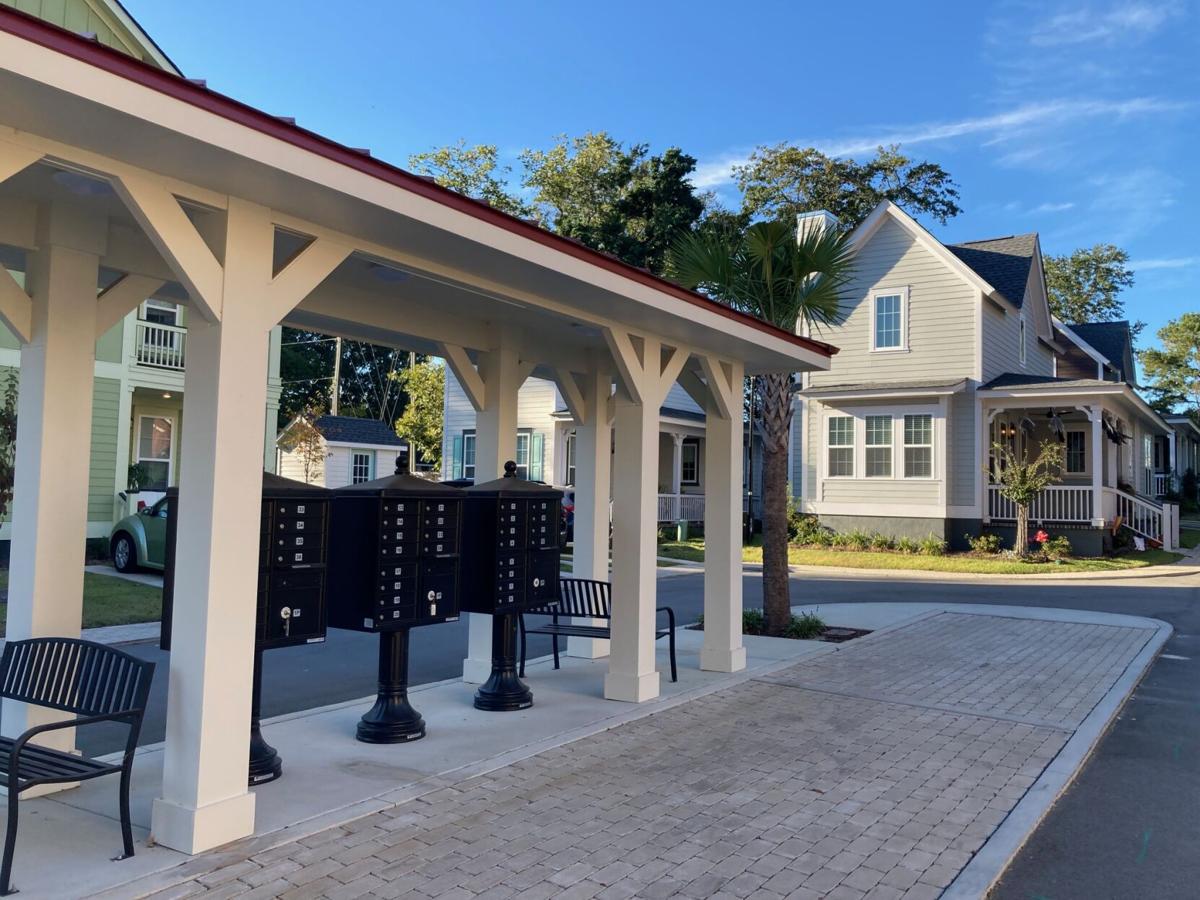 The lighted mailbox kiosk and seating area at the center of St. Anns Alley

The lighted mailbox kiosk and seating area at the center of St. Anns Alley

Phase III will include the final 11 homes in the 34-house development and one live-work unit. Construction has started on five of the Phase III homes, with plans for the last six to begin in the next few months.

The community is bounded by Center, Spring, Herman and Augusta streets. The homes are being built by Mungo Construction of Irmo and is a project of Spring Street Partners which includes developers Tyler Baldwin, Mark James and Joe Taylor.

“We are very pleased to announce the start of construction of the final phase of this affordable downtown in-fill development and expect the project to be completed by mid 2022,” said developer Tyler Baldwin.

The community will be within close walking distance of some of West Columbia's biggest attractions including restaurants, State Street shopping, the West Columbia Riverwalk and Amphitheater, Carraway Children's Park, and the Interactive Art Park. It is also just across the bridge from Columbia's Vista and the University of South Carolina Campus.

All homes of St. Anns Alley are either two or three bedrooms, with two and a half baths. They average about 1,150 sq.-ft. Each house has two dedicated parking spaces. The neighborhood features a park, lighted mailbox kiosk with a seating area, landscaping and sidewalks.

the houses are designed by plan and color for each lot, to ensure the character of the neighborhood. All homes have varying interior layouts and color schemes, designed by Allison Ramsey, Architects of Beaufort.

Additional information can be found at StAnnsAlley.com.