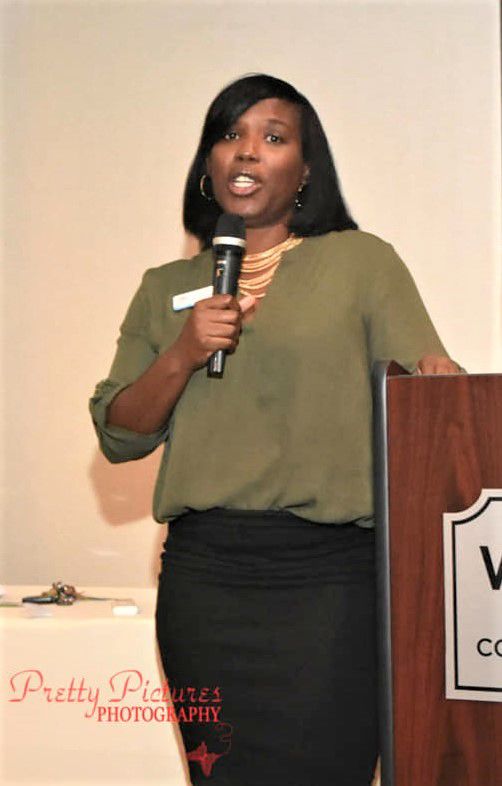 A week ago, Tina Washington completed her term as the Board Chairwoman of the Greater Cayce-West Columbia Chamber. Because of a serious health issue, it was a tumultuous year for her.

Just over four months ago, Washington had surgery to remove an oligodendroglioma brain tumor at MUSC in Charleston.

"It was Sept. 23, during Hurricane Dorian," Washington said with a laugh. "I was scared, but I survived, the hurricane and the surgery."

After the operation, Washington underwent radiation treatments. It was a difficult time in her tenure as chamber board chairwoman.

"It was hard," said Washington, "because I wanted to serve," at full capacity. "But I could not do all the things I wanted to do. I was so frustrated." Now she is taking chemotherapy for the next nine months.

But she still performed courageously and effectively.

Greater Cayce-West Columbia Chamber President and CEO Richard Skipper worked closely with Washington in the last year. He knows her character, even as she dealt with her health issues, and he can attest to her work ethic.

"Tina Washington is the epitome of a leader. She always accepted her responsibility with energy and determination, and got the job done," said Skipper. "She is also one of the most courageous people I know. Despite her diagnosis of cancer, Tina persevered. She did not complain or make excuses. She is an inspiration to all of us. It was an honor to have her as Board Chair of the Greater Cayce-West Columbia Chamber. She is a model for others."

Despite her determination to push ahead, Washington struggled at times.

"It was tiring" she said of the radiation treatments, "but I put on a good front and went to as many events as I could."

Board Member Steve Cohen was impressed with the job Washington did.

"Tina Washington works hard, she is very likable, and she has earned the respect of everyone in the community," said Cohen. "She was at every event if it was possible, despite all she was dealing with. I'm very thankful for her support."

Washington is the first African-American woman to serve as the chamber's board chair. In addition to that role she is a broker for Giles Independent Insurance Agency. She is also a wife and mother. Her husband is Brookland-Cayce High School alumnus Michael. Washington's son is RaQuan.

Before becoming chairwoman, Washington was a fixture as a volunteer at chamber events. She said she has always been a very socially active person.

"It's not always easy and I have my ups and downs," Washington said. But she just keeps going.

Washington also said it is important to her to fulfill her commitments.