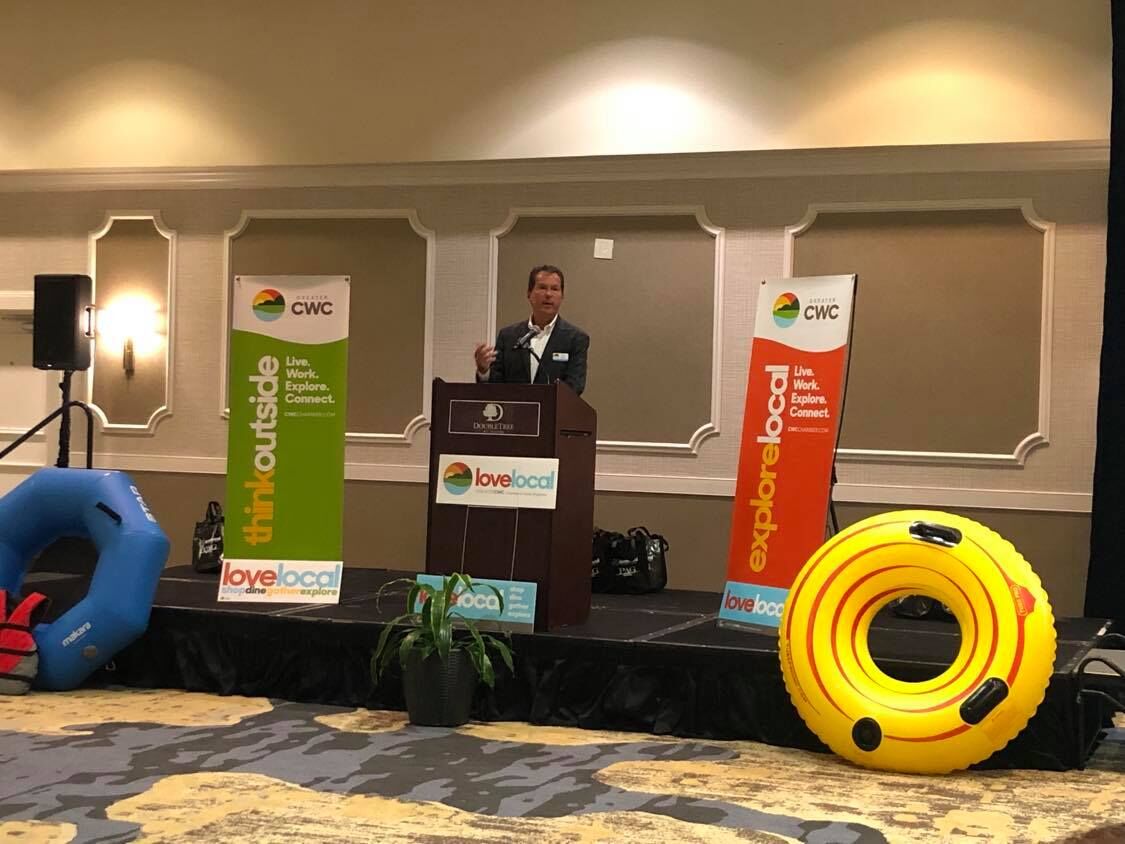 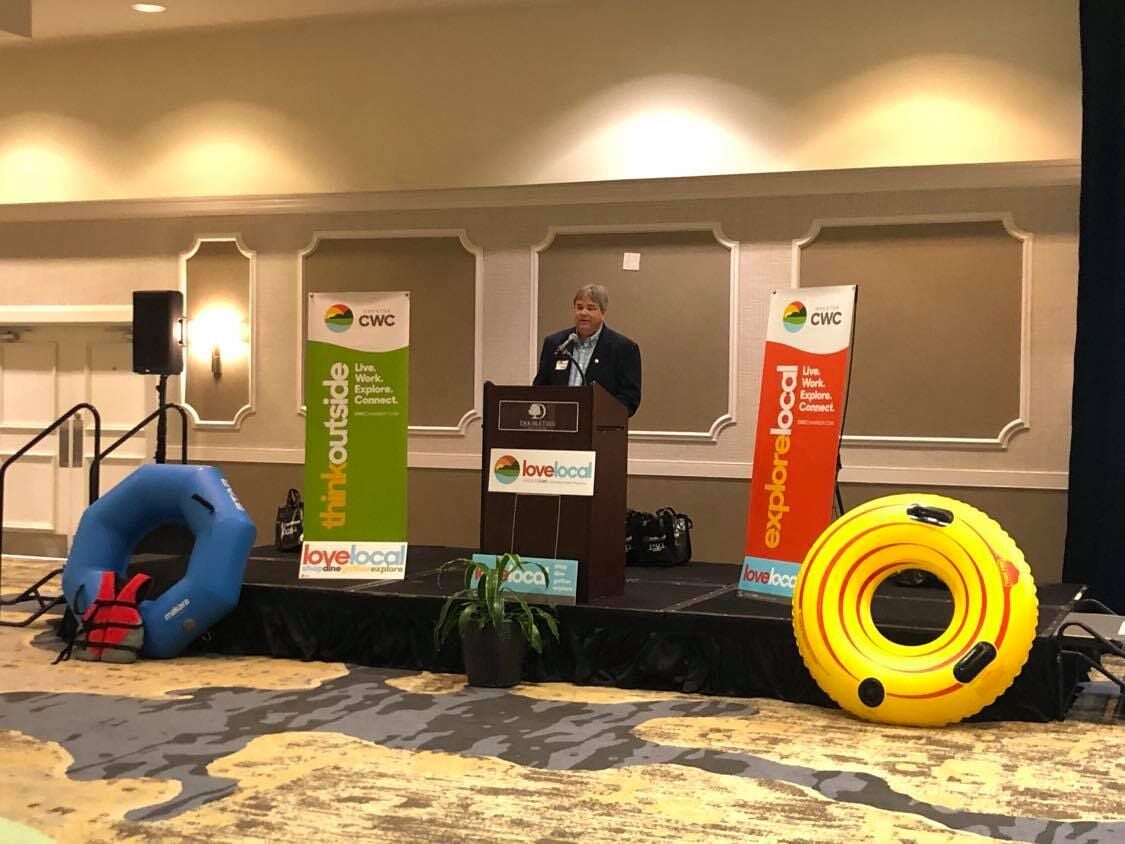 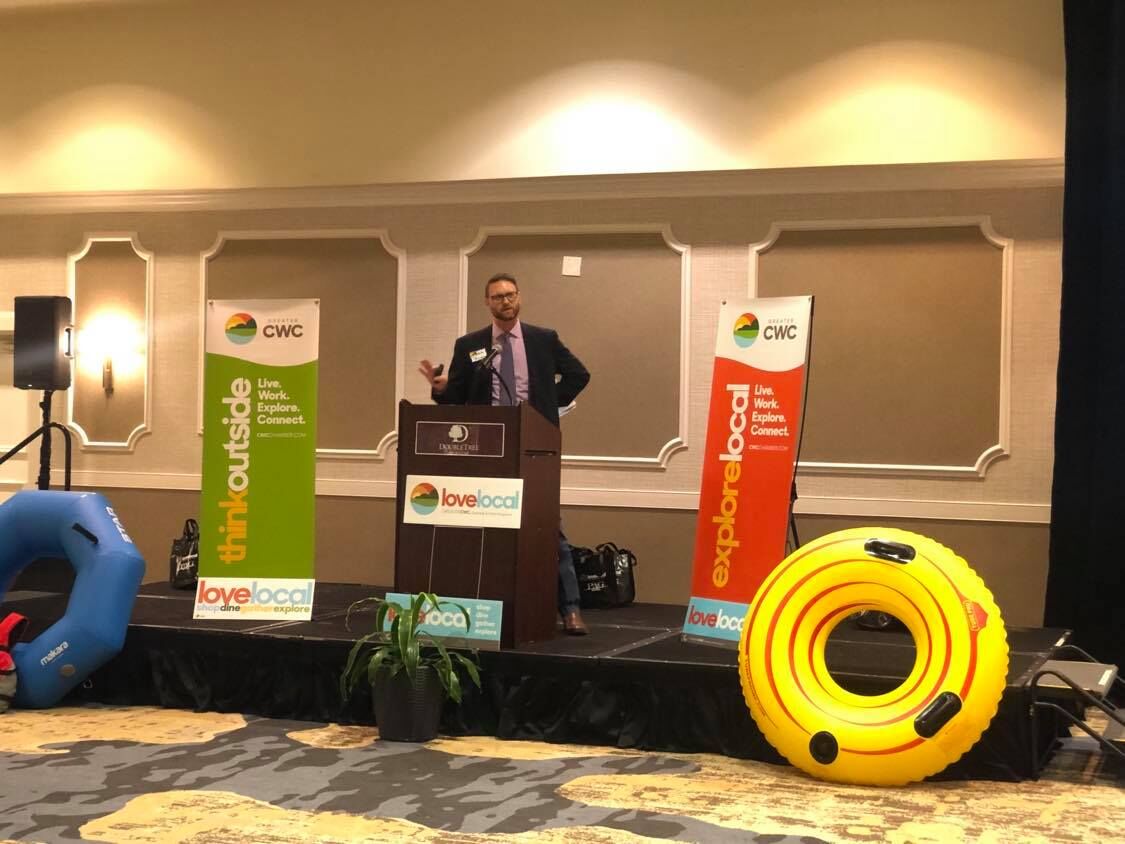 Nate Terracio of the Koger Center 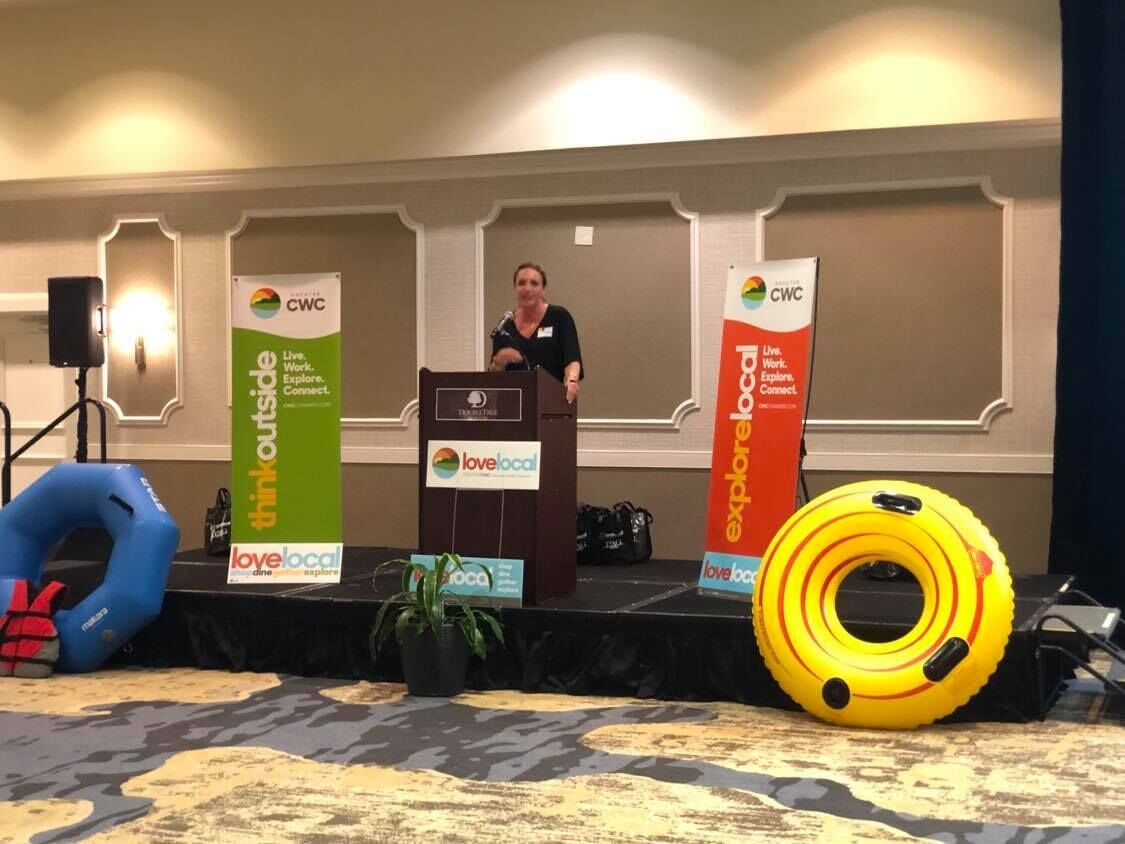 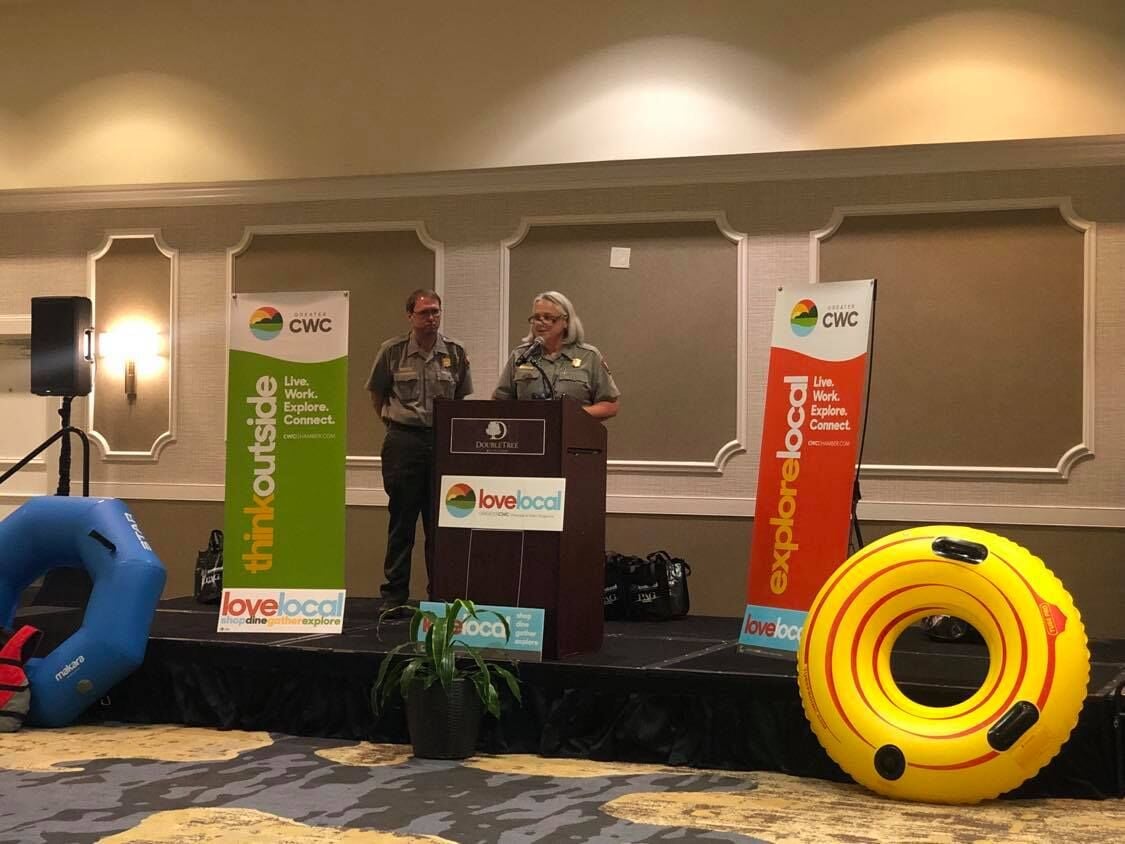 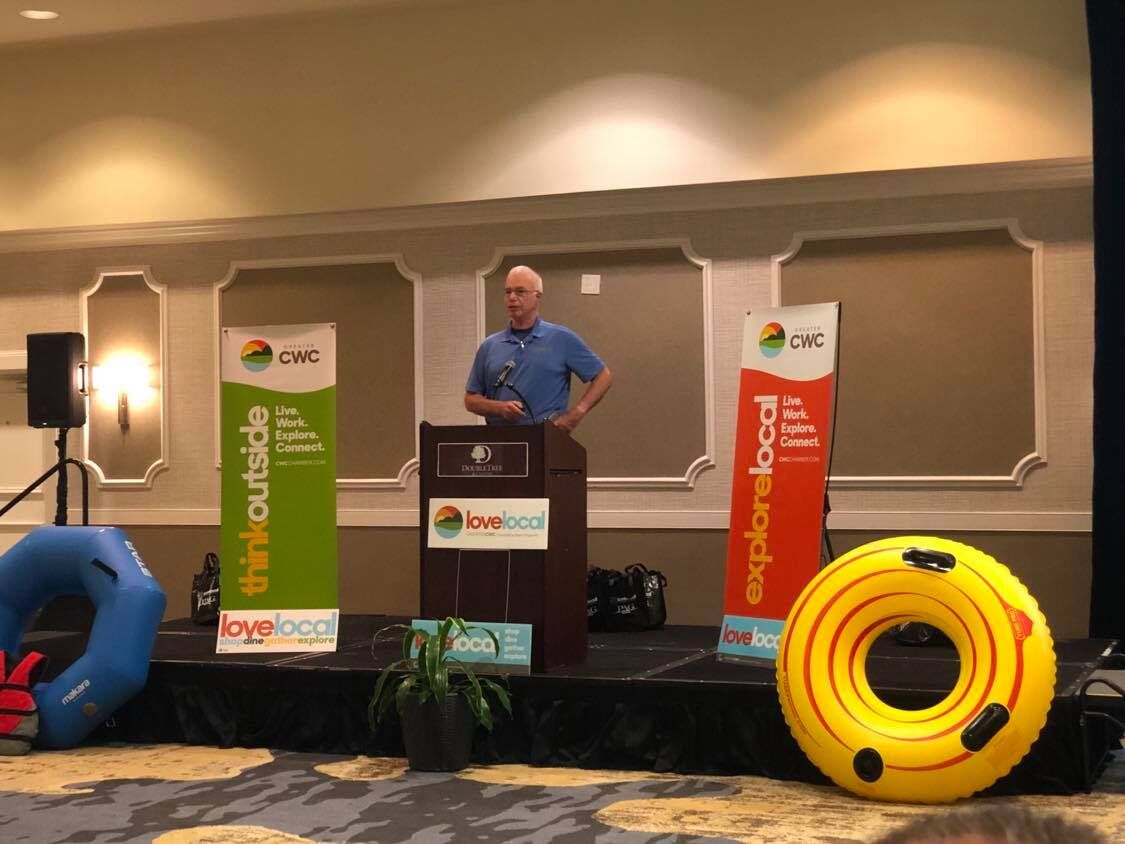 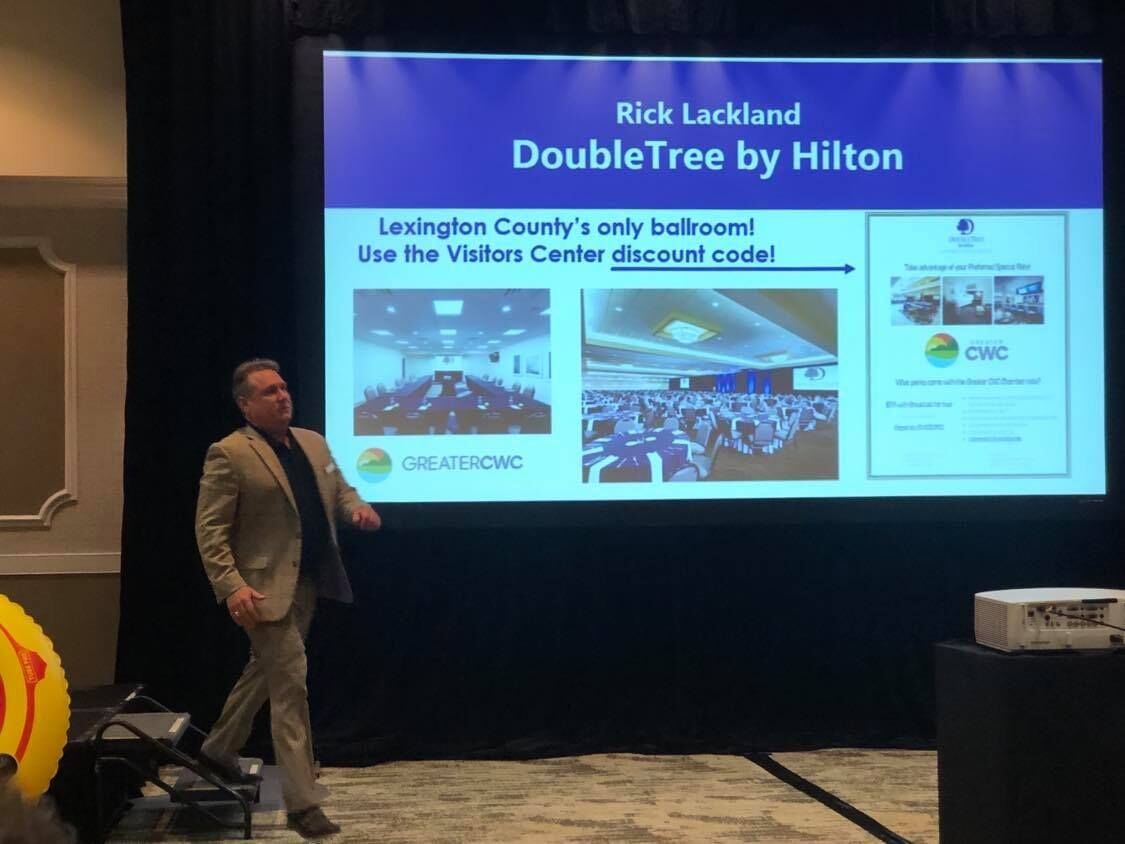 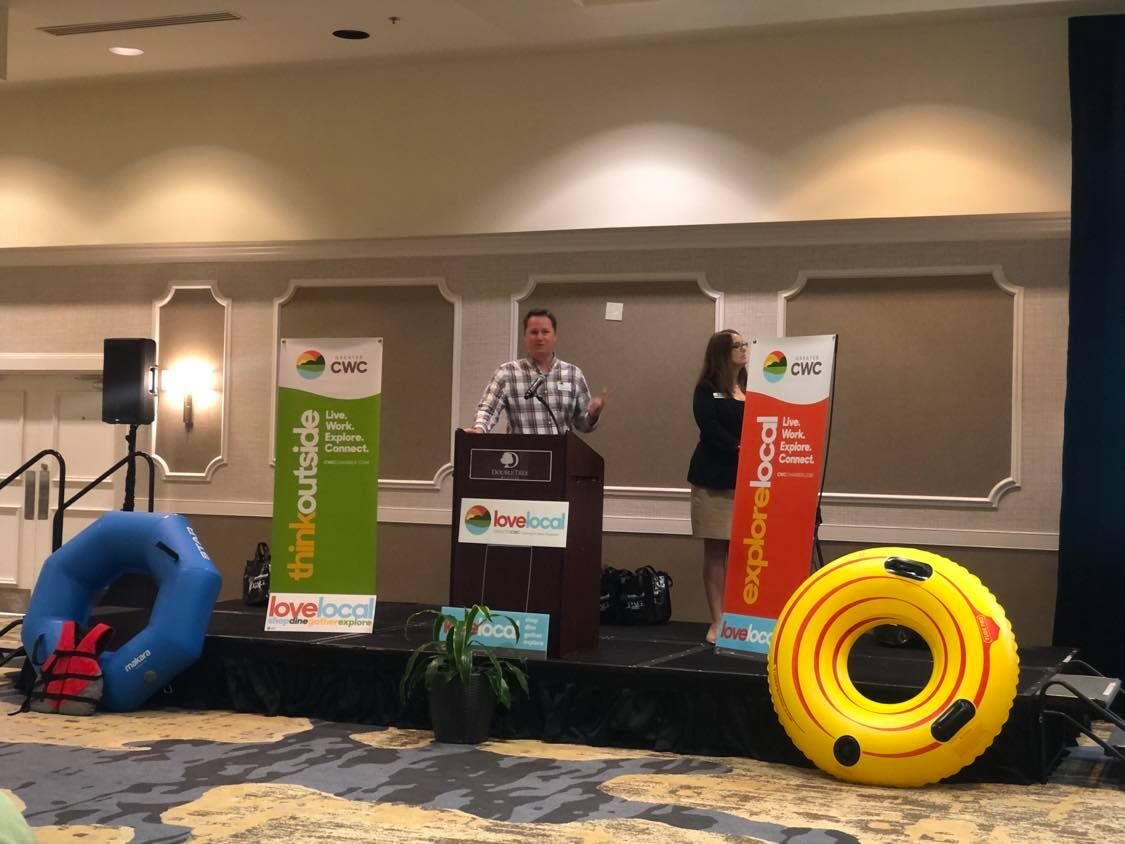 Michael Norris and Hayley Bowers from Outside the Box Promotions 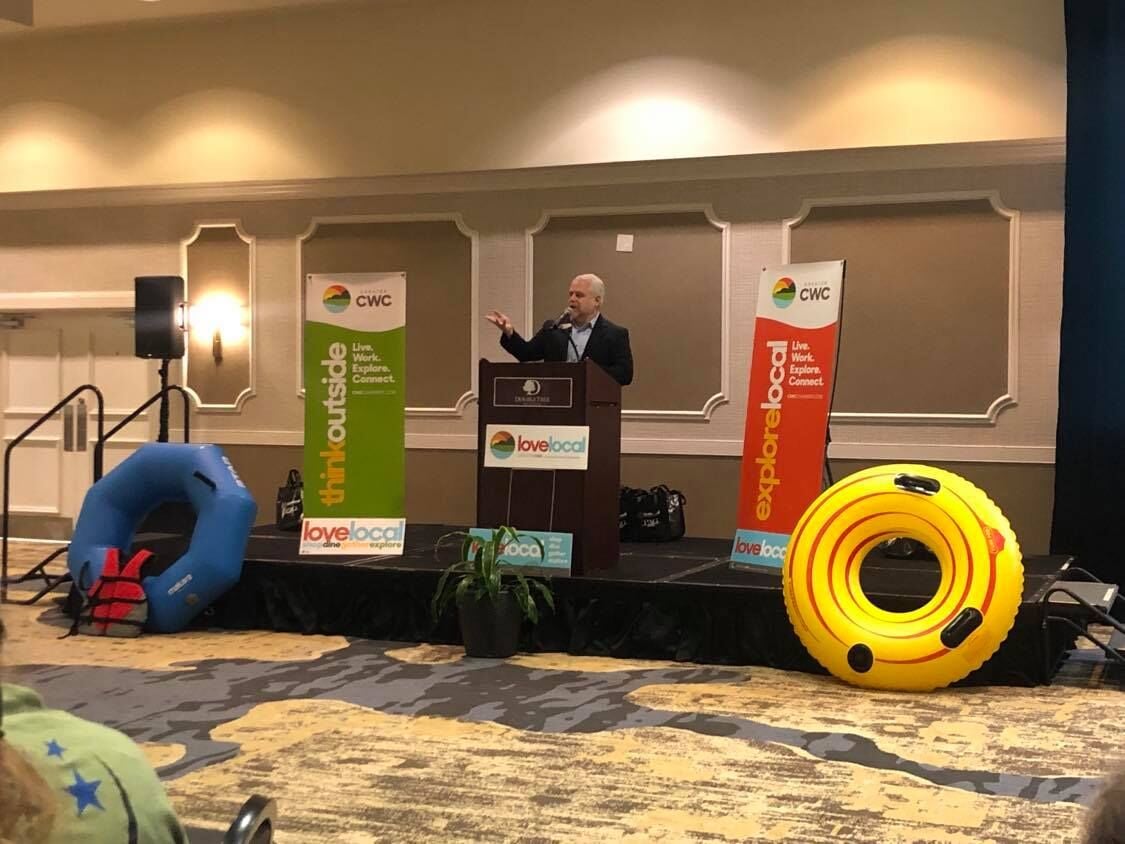 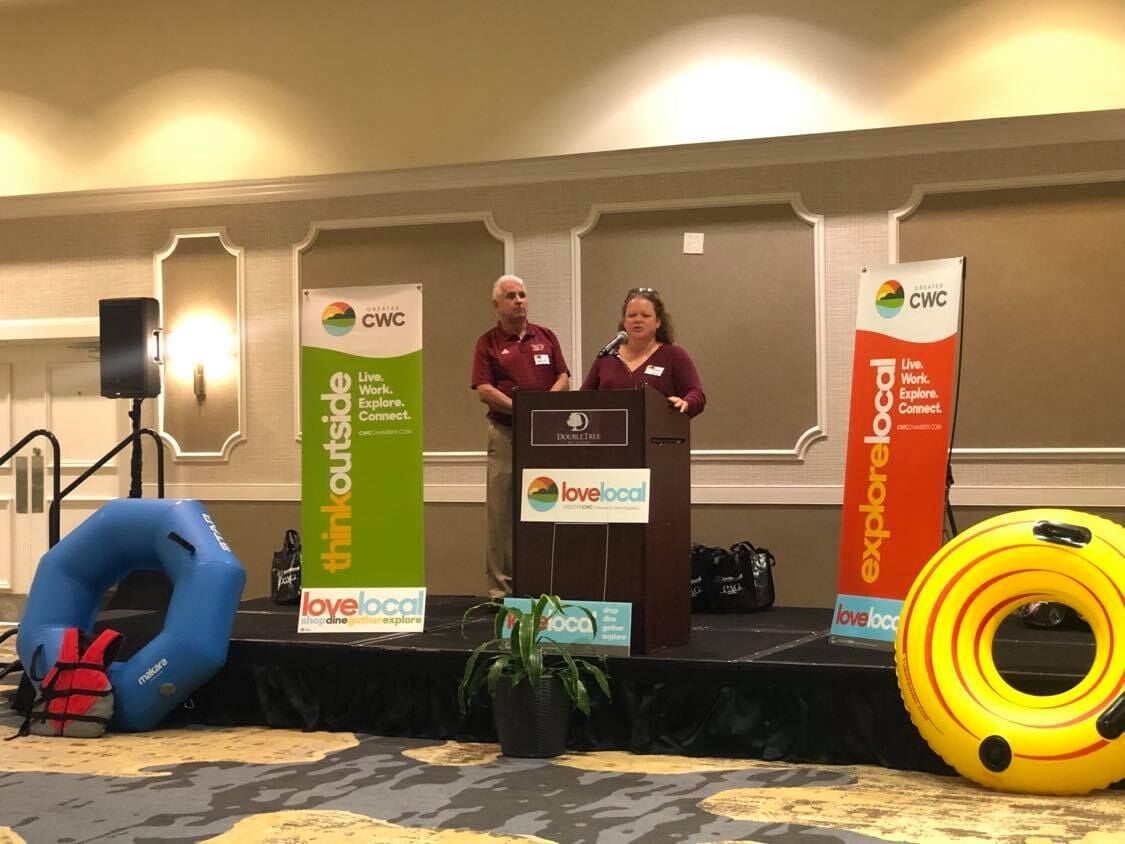 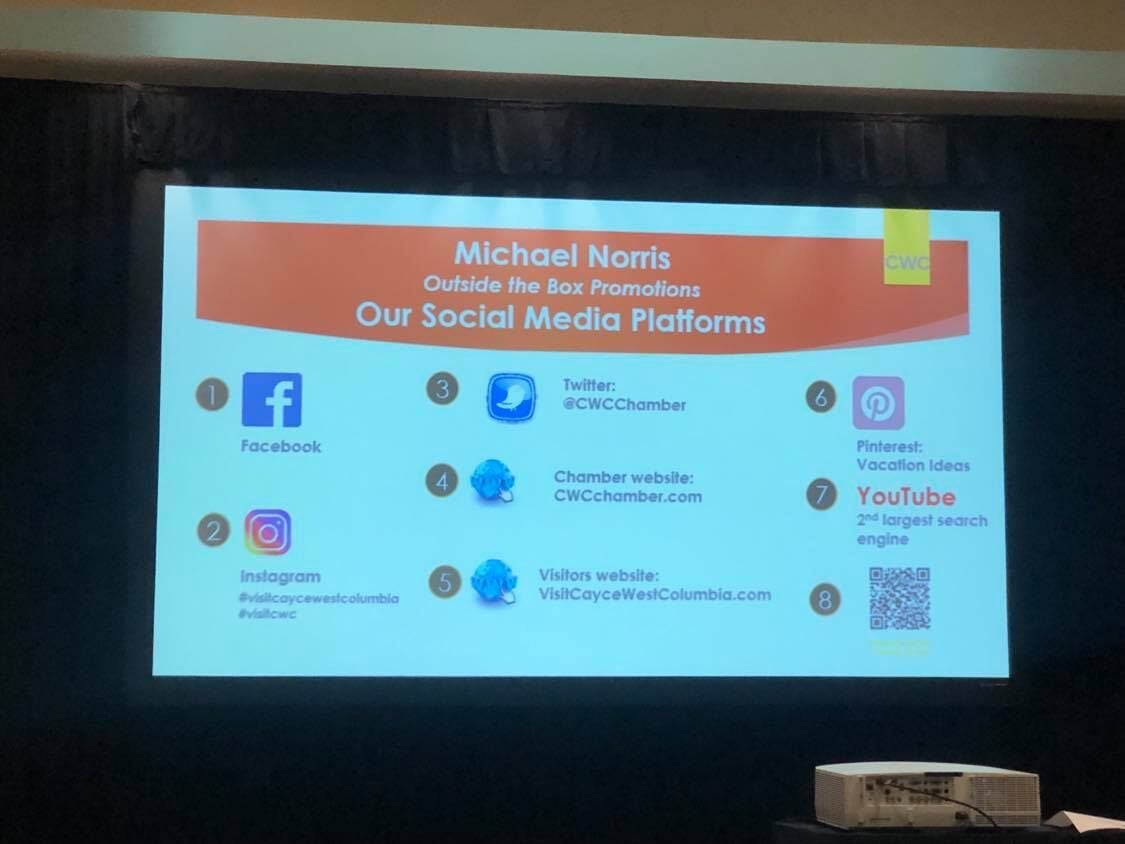 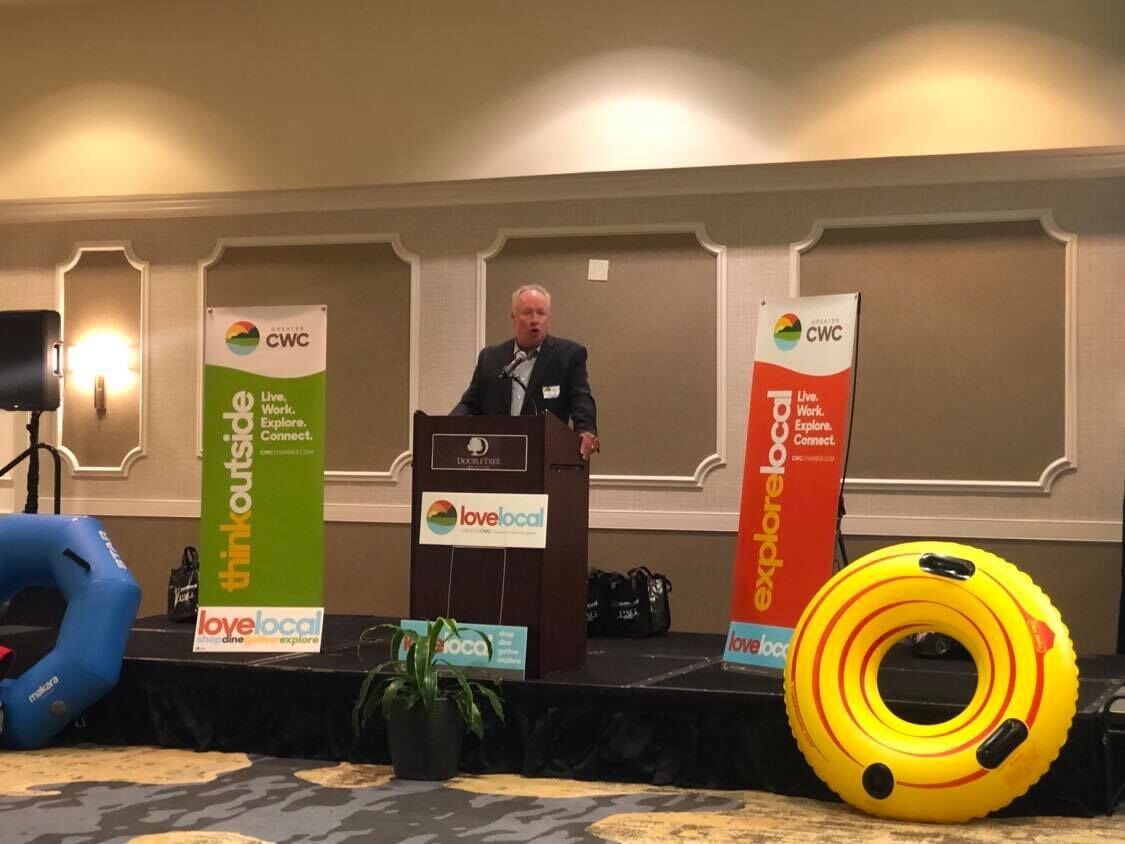 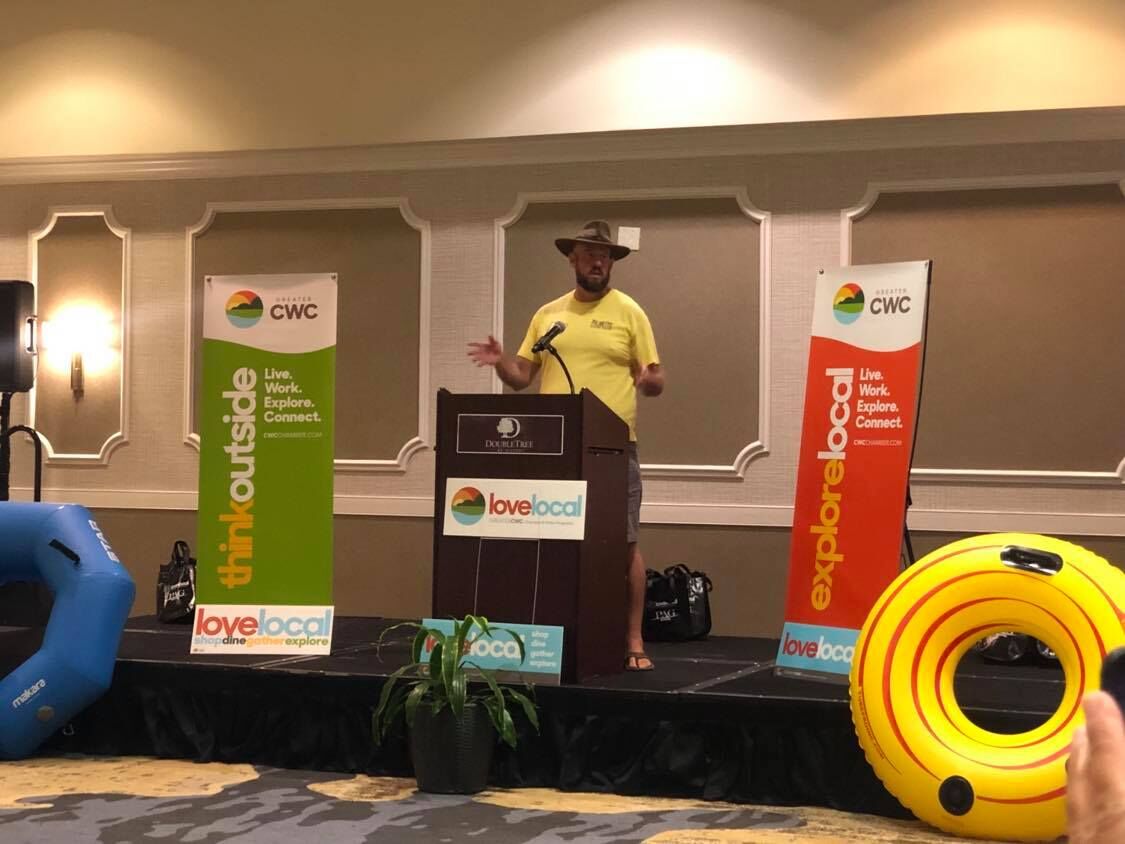 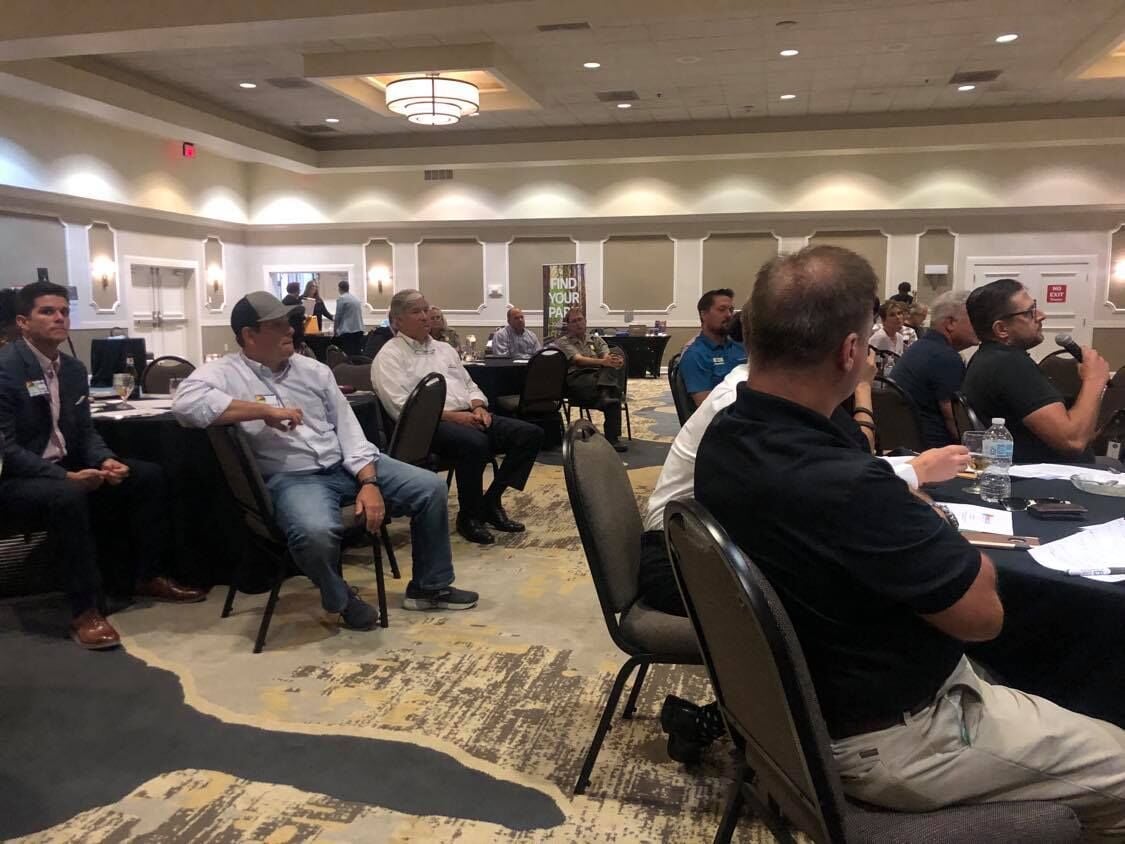 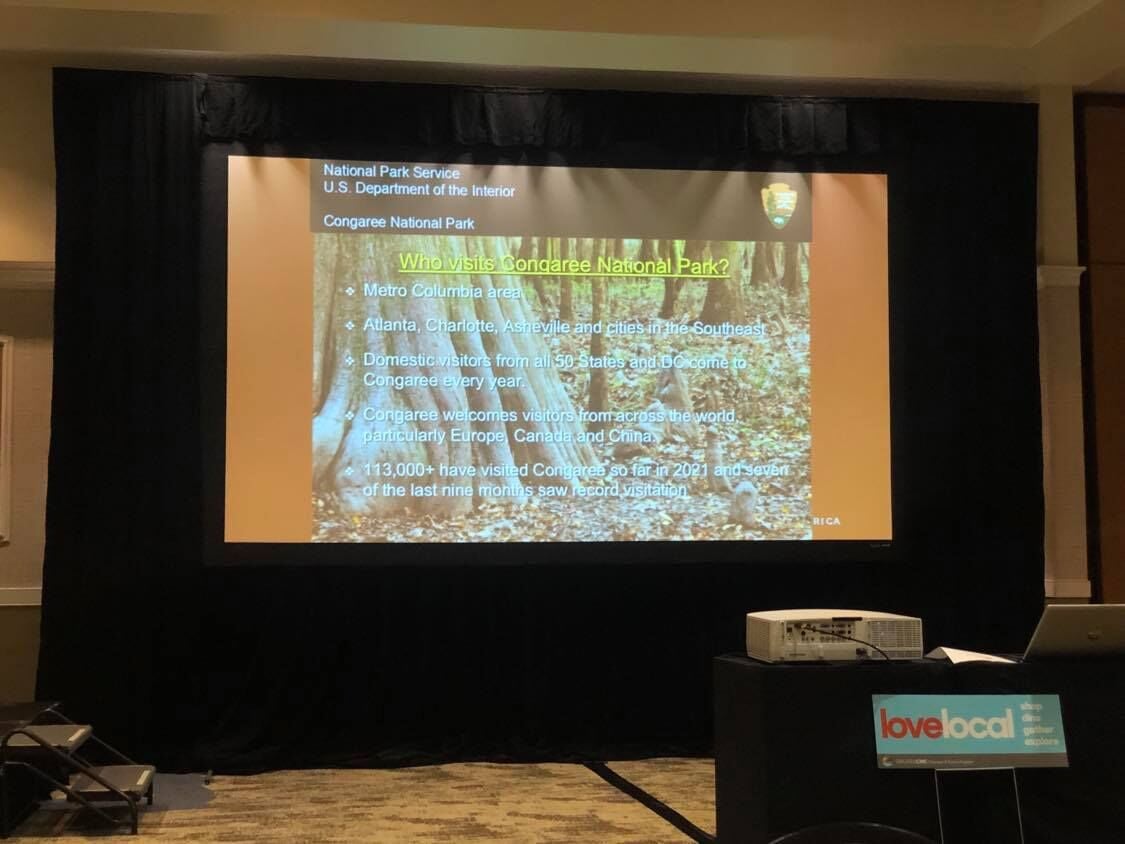 Nate Terracio of the Koger Center

Michael Norris and Hayley Bowers from Outside the Box Promotions

The Greater Cayce-West Columbia Chamber is also a visitor's program, as emphasized by CEO Tim James Monday afternoon. The organization held its first Tourism Symposium at the DoubleTree by Hilton, bringing together representatives from a variety of attractions across the Cayce-West Columbia region and beyond.

The event allowed each official to explain what exactly their business/attraction offers to help promote the tourism industry of the Midlands.

Andy Thomas from the Cayce Historical Museum was next to speak, emphasizing how much the museum has to offer visitors about the history of the Midlands. From prehistoric times to the 21st century, the museum has 8,000 artifacts collected from the Southeast and many parts of the country. One of their most-recently featured attractions is a 1936 firetruck that was featured at the Columbia Metropolitan Convention Center. The museum has been around since 1991 and Thomas said they are planning multiple events for the fall.

Mike Dawson, CEO of the River Alliance, enthusiastically boasted of the 99 miles of river around the area. "I haven't had a complaint yet from anybody who's gone and checked it out," he said. According to Dawson, there are plans in the works to hopefully connect walkways by Riverbanks Zoo to the Columbia Canal side, and mentioned plans for a visitor's center at the 12,000 Year Park in Cayce.

Riverbanks Zoo and Garden's Susan O'Cain said Riverbanks is the most-visited zoo in the Southeastern US. Despite setbacks from COVID in 2020, O'Cain said they still welcomed nearly 1 million people. She was happy to report the zoo has once again become fully-operational and has begun to plan for many of their well-known annual events.

Koger Center representative Nate Terracio said the Columbia venue sees about 120,000 guests every year. They drew quite a large crowd when they hosted Wicked in 2020, with people coming in from 45 different states to watch the musical. The next large musical the Koger Center will be hosting is Lion King, which will run from March 23 to April 3.

John Banks discussed the variety of festivals and events the Cayce-West Columbia area puts on each year, and how that attracts many tourists. "Festivals and events means millions to our local economy," he explained. Banks mentioned the annual Parade of Lights, Cayce's Soiree on State, Kinetic Derby Day and Tartan Day South, as some of the biggest local celebrations.

Congaree National Park officials K. Lynn Berry and Greg Cunningham listed multiple statistics related to the amount of people who come to explore the park. According to Berry, Congaree National Park tends to generate between $7 to 9 million annually for the direct local economy. There are visitors from all 50 states annually. International guests also come to visit the park, particularly from Europe, Canada and China. She said there have been 113,000 visitors so far this year. Park attractions like the synchronous fireflies also draw an influx of visitors to the area.

Lexington County Recreation representatives Kerry Lyons and Jorge Andrew spoke about the amount of recreational sports and venues to host the sports that are within the county. Andrew emphasized the number of visitors who come from out of town to watch the games.

Experience Columbia SC - Sports official Scott Powers also addressed the importance of sports in the Midlands. "People may not realize what sports tourism means," he said. "We build relationships, and partnerships." Powers said basketball tournaments, baseball, and dance competitions have been a draw to visitors, even during the pandemic.

Palmetto Outdoor owner Michael Mayo energetically spoke about the amount of tourists who come to float down the river. He said his company first opened in 2006 and had a few hundred inner tubes available for rent. Palmetto Outdoor has continued to grow, and now just last weekend, Mayo said they put more than 1,000 people safely down the river who rented a tube. He posed the question, "Where else can you see Spanish moss hanging over rushing rapids?" Mayo said 2020 was his company's best year yet.

The importance of social media was the final topic mentioned. Michael Norris and Hayley Bowers of Outside the Box Promotions said the more people post about what they're doing in the area, the more tourists will get to see it. They showed a list of the top 10 cities where people are from who are viewing the chamber's website. Many of them were from out of state.

The event finished with drinks and food provided by the DoubleTree.